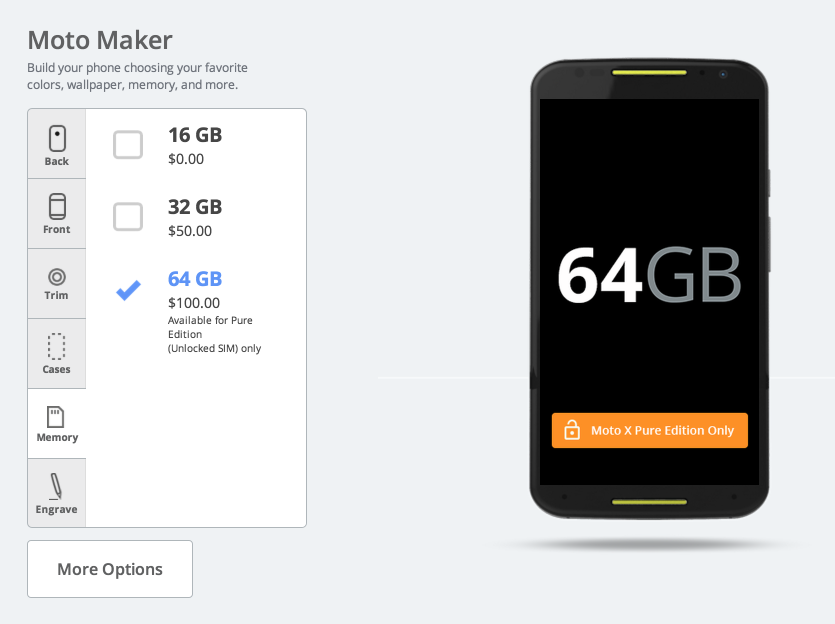 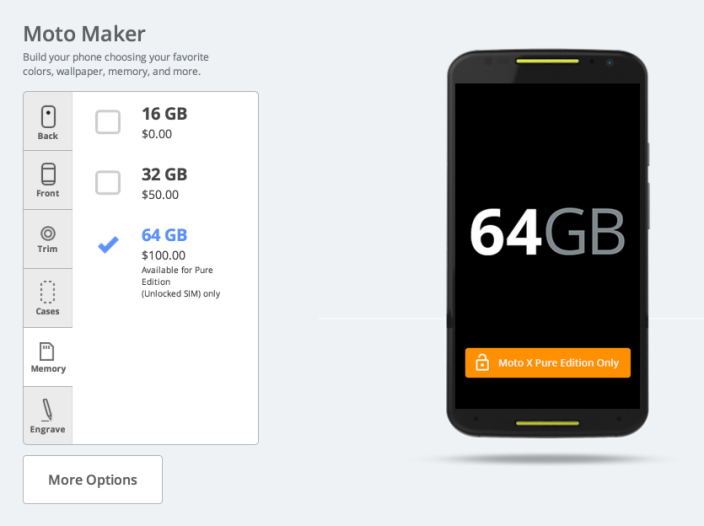 Motorola has announced today that a new, 64 GB version of its flagship Moto X is now available via its website. But don’t get too excited if you’re hoping to grab an on-contract device with the larger storage option, as you can only get the “Pure Edition” (unlocked SIM model) of the device in the 64 GB variation.

The Moto X is basically the little (but slightly older) brother to Motorola’s Nexus 6, but it’s only all too different in physical size. Be sure to check out our first look from back in September if you’re interested in learning more about the device. If you want grab the new variant, you’re going to be out a cool $599 over at the Moto Maker.