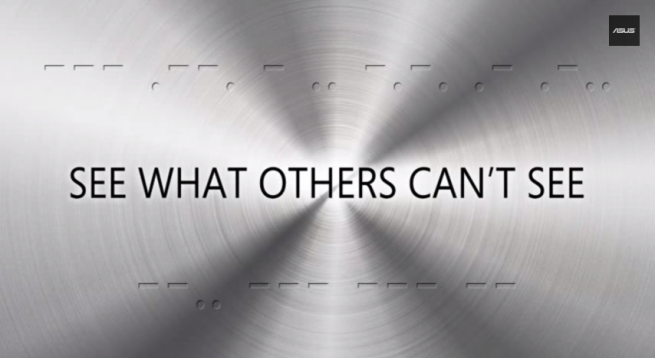 Earlier this month, ASUS posted a video to its Facebook account, teasing a new model of the ZenFone that the company will announce at CES 2015. Using the tagline “See what others can’t see,” ASUS hinted that the device will be camera-focused in some way, and gave a brief look at a shadowed and dark silhouette of the mysterious phone. Now the company is teasing us again…

The new teaser video isn’t as elaborate as the last one, but it tells us something we didn’t know about the device in a direct, and yet encrypted, way. The video uses the same “See what others can’t see” phrase from the last video, but this time simply shows a brushed metal background with morse code sitting on top. We’ve translated the morse code, and it translates to “optical zoom.”

“It’s one of our highlights at CES 2015,” the company says on the video’s YouTube description. Putting all of this together, we can confidently say that we’ll be seeing a new ZenFone from ASUS next week, specifically on January 5th at CES, and that this phone will be camera-focused in some way. Other details are still to be seen.