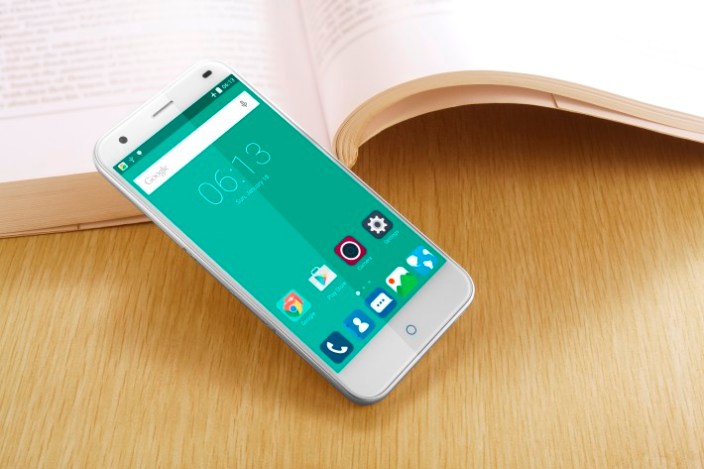 ZTE announced the Blade S6 smartphone today, which packs LTE connectivity, the latest version of Google’s mobile operating system, and a 64-bit processor, all for a price that’s definitely in the “affordable” category.

The phone has a 720p resolution 5-inch IPS display, packs a Qualcomm Snapdragon 615 system-on-a-chip with eight 64-bit Cortex-A53 cores, 2GB of RAM, an Adreno 405 GPU, and 16 GB of expandable of flash storage. As mentioned, the phone is LTE-ready and actually has dual-SIM support as well, along with the typical ac/g/b/n/a WiFi and Bluetooth 4.0 interfaces.

The rear camera is a Sony IMX 214 13-megapixel sensor, the front shooter is 5-megapixels, and the whole package is powered by a 2,400 mAh battery. As for its physical dimensions, the phone isn’t too big, clocking in at 7.7mm thick.

On the software side, this phone ships with Android 5.0 Lollipop, but it’s of course skinned with ZTE’s MiFavor 3.0. The phone has what are called Smart Sense motion gestures, which will let the user play music, take photos, or perform other actions. For example, you could flick your wrist to turn on the device’s flashlight.

The specs are great for the price (which is, specifically, $249), and you’ll even get a physical design that looks a lot like an iPhone to boot. Actually, if you take a look at the back of the device, it looks pretty similar to the 5th-generation iPod touch.