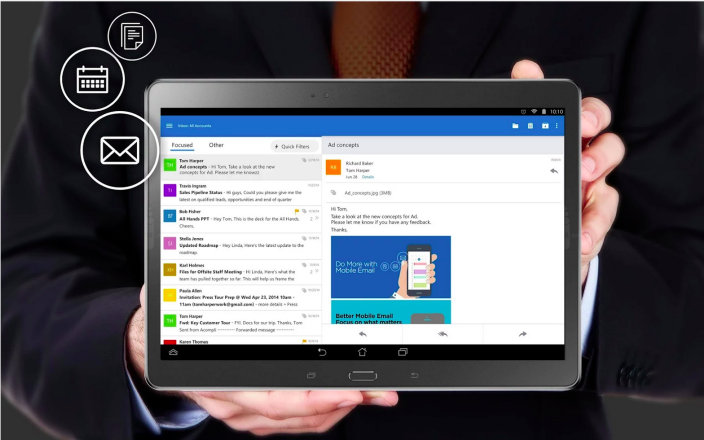 Microsoft announced today a new app for its Outlook email service on Android. The app [Google Play, Free] is based on the Acompli software that the company purchased in December for $200 million. The app includes “email triage” features found in the old app as well as new features to help appeal to a wider audience, such as the ability to toggle threaded conversation views.

The Outlook Android app will also support mail from third-party services beyond Microsoft’s. Gmail, iCloud, and Yahoo email accounts can be plugged into the app, and attachments can be added to messages from cloud services like Google Drive and Dropox. Check out the video below …

The Outlook app is an entirely new app, not an update of an existing one. It can be downloaded from the Play Store for free right now. The app is currently only a “preview” of the app, and won’t be officially supported by Microsoft while the company works out any remaining bugs that may appear on untested hardware.

The new app will eventually replace the existing OWA app for Android and Outlook.com client on tablets but that app will continue to be available for the foreseeable future.