OnePlus and Cyanogen put SwiftKey on the One by default 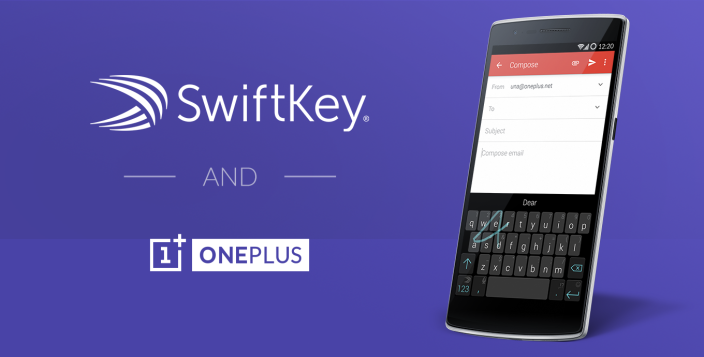 In the spirit of bloatware—which oddly goes against basically everything the company stands for—OnePlus has decided that SwiftKey is an absolute necessity for every user of its One smartphone. The company has partnered with SwiftKey to bake the keyboard right in, and says users won’t have to download anything (besides the next update to the phone’s OS) to switch over.

OnePlus has collaborated with SwiftKey to integrate their top-selling keyboard app right into CyanogenMod 11S. OnePlus One users can now switch to the SwiftKey keyboard with the touch of a button – no downloading required.

The keyboard is coming as part of this month’s OTA update to CyanogenMod 11S, and after installing the update, users can head over to the Language and Input menu in settings to select SwiftKey.

Sure, this isn’t the update many would be hoping to hear about for the One, but the company also left us a little hint at the bottom of this blog post. “We’ve got something pretty sweet for you very soon,” it says, teasing the company’s plans to update the One to Lollipop.

The company also told us recently about its custom OxygenOS ROM, which the company says will further it’s goal of bringing a “bold, powerful, straightforward experience” to owners of OnePlus devices.