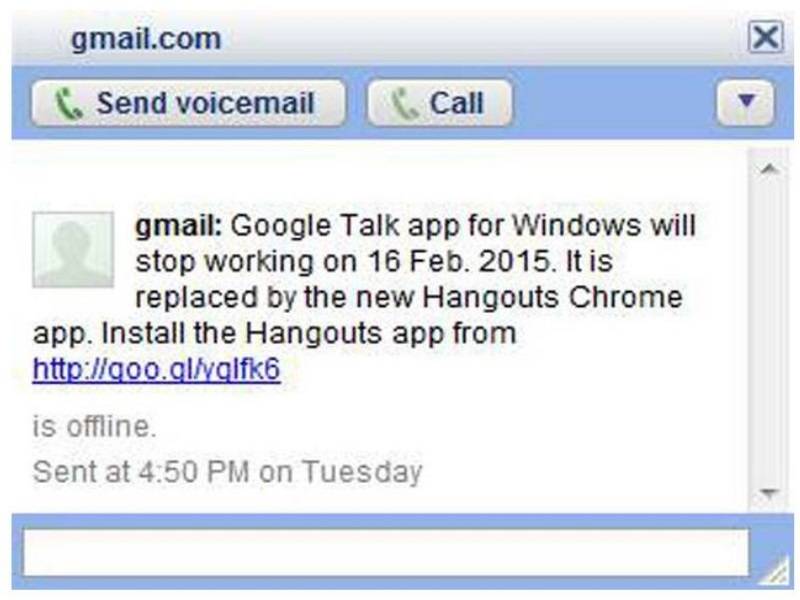 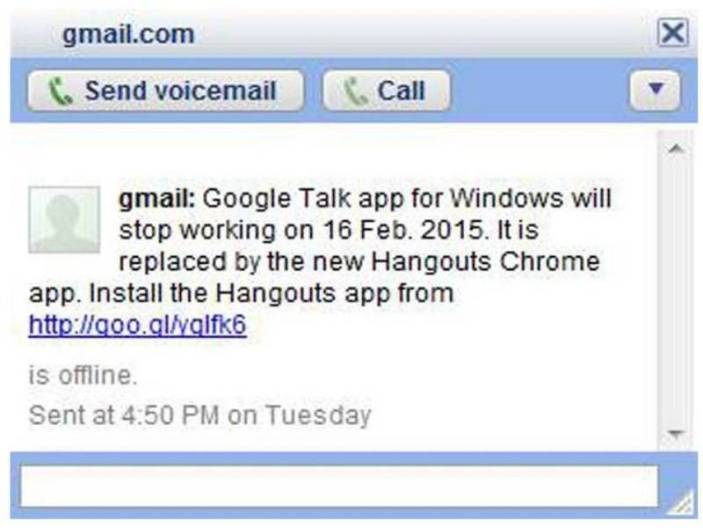 If you’re still using the Google Talk app for Windows, it might be a good idea to make your way over to Hangouts. According to a message that some users are receiving when logging in, Google Talk is going to stop working in about a week (via BI India).

Google Talk app for Windows will stop working on 16 Feb. 2015. It is replaced by the new Hangouts Chrome app. Install the Hangouts app from http://goo.gl/yglfk6

Chances are that you stopped using the service, called Gtalk by its loyal users, years ago. But it looks like even those who still do—and, trust me, there’s a loyal fanbase that does exist—will be forced to move over to Hangouts effective February 16th.

This message is very similar to others that we’ve been seeing over the last year. Here’s one from November of 2014 (via Mark’s PC Solution): 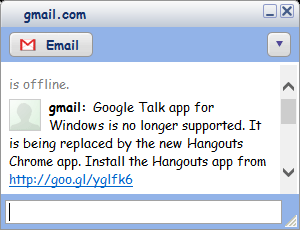 We’ve reached out to Google for confirmation.