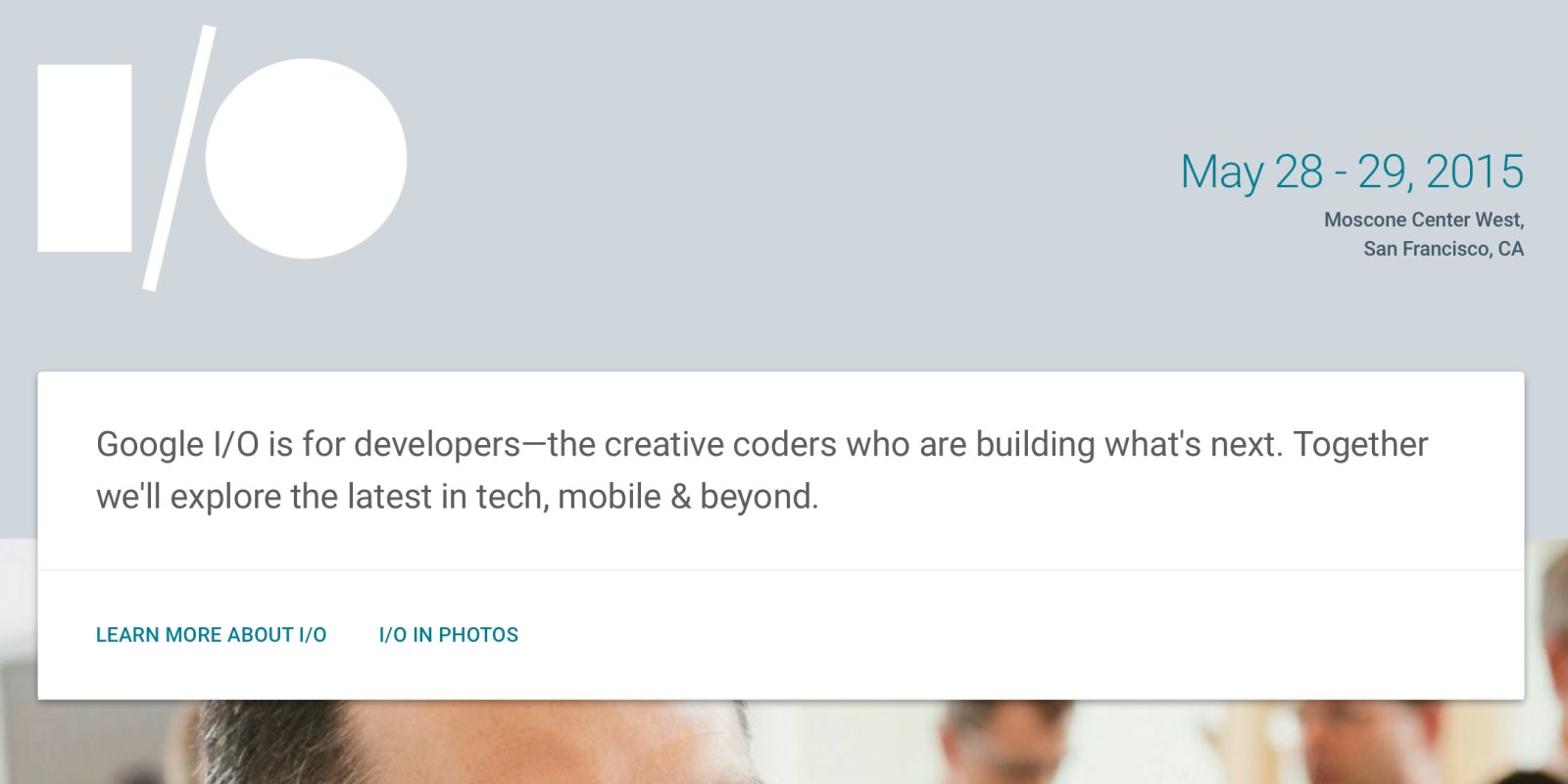 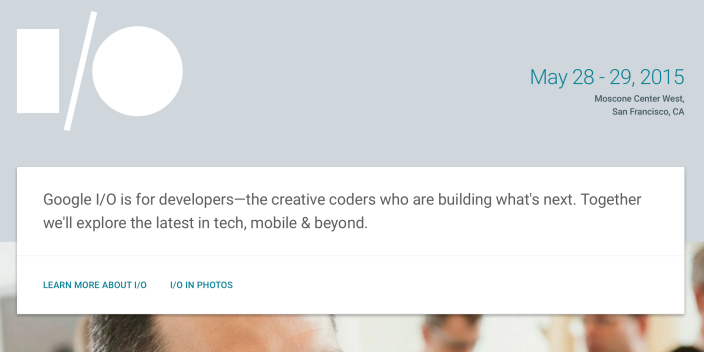 Google has today announced the dates for this year’s Google I/O developers’ conference, with the annual event being set for May 28th and 29th, 2015. According to the event’s website (which is notably completely plastered with Material Design), registration begins March 17th, 2015 at 9 AM PDT.

According to Google’s Sundar Pichai on Google+:

Excited to announce that our official dates for Google I/O in San Francisco are May 28 & 29, 2015. Whether you’re able to join us in person, online via I/O Live or at an I/O Extended event in your local community, we’re looking forwarding to connecting with the global +Google Developers community to share what we’re working on next.

As can be found on the event’s registration page, signing up for Google I/O is going to work the same way it did last year. There’s no need to feel rushed to get your ticket—rather, there will be an open registration period of two days and then attendees will be selected at random. As for those who won’t get a chance to go, Google says it is still compiling the list of I/O Extended event locations.

The event has an official page on Google’s website, so head over to learn more. On that website, Google has interestingly thrown in a WebGL Chrome experiment that lets you make music using Material Design instruments—be sure to check it out for yourself.

Excited to announce dates for Google I/O in San Francisco on May 28-29, 2015. More details at https://t.co/9CdxQHxEiS