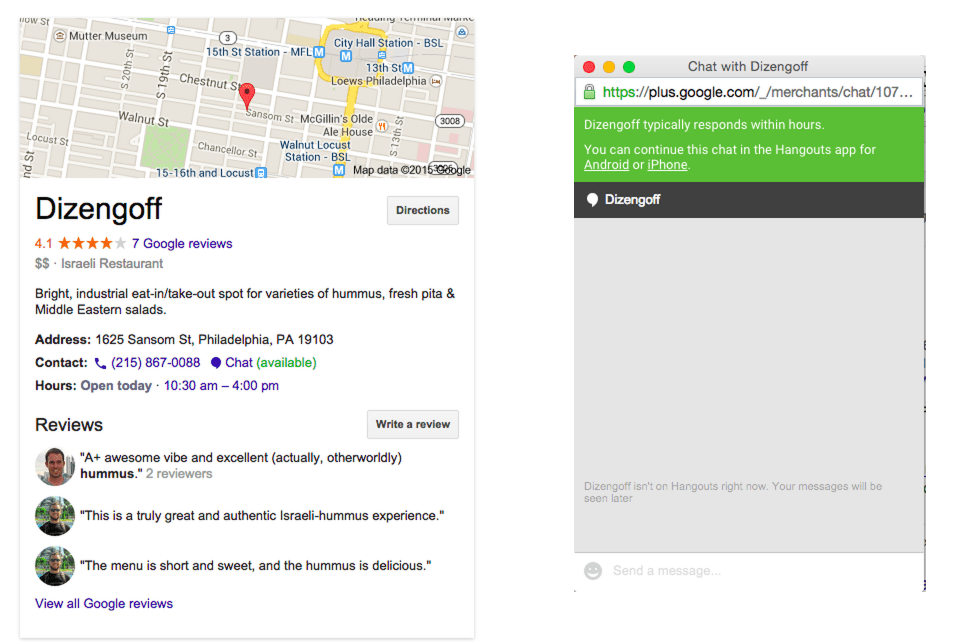 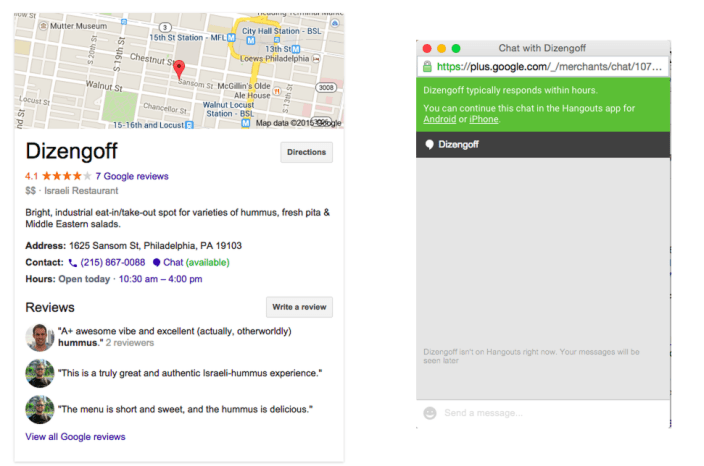 Google is testing an interesting new feature in search, as spotted by one Matt Gibstein on Twitter. As you can see in the above screenshot, there’s a small “Chat” icon next to the phone number of a business called “Dizengoff” in Philadelphia—and it looks like clicking it will launch you into a chat session directly with that business via Hangouts.

While it’s definitely not a feature that’s rolling out to all businesses that show up in Google search (as the business would of course have to be on board to answer the other end of a chat session), TechCrunch has confirmed that the experimental feature is indeed being tested by the Mountain View company.

“Dizengoff typically responds within hours,” the chat window says, suggesting that you wouldn’t use this feature with this business if you wanted an answer immediately. This might be great for less urgent requests, like making a reservation at the restaurant some time in advance, however. Assumably, this label would change to say “minutes,” for example, if a business shows a record of responding more promptly (although that’s simply speculation on my part).

This service is a lot like Path’s “Path Talk” platform, which lets users of the social network chat directly with businesses just like this new feature. The company likely originally launched the feature to set itself apart from other social networks, but it looks like Google—the web’s largest search engine—is also embracing the idea.