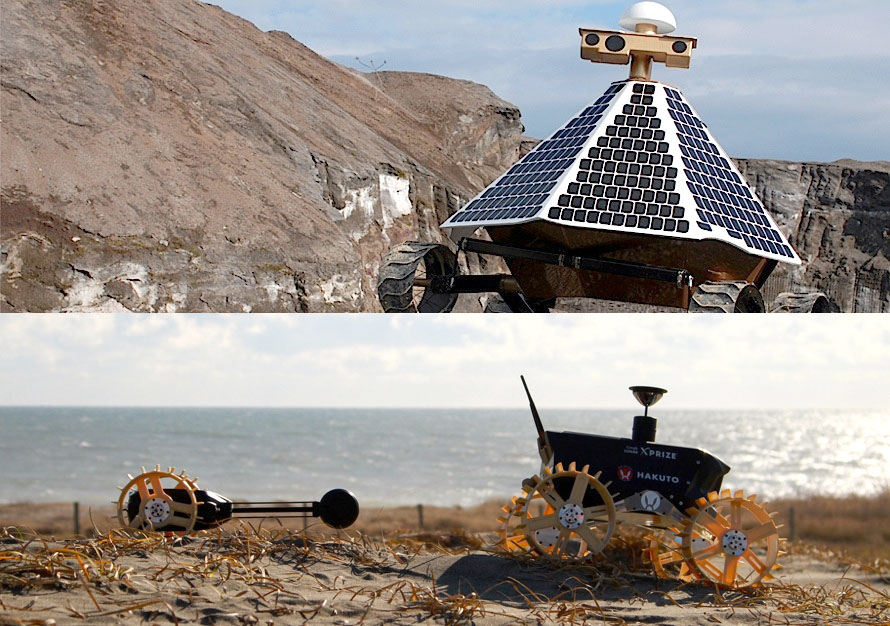 While five teams were awarded prizes for achieving key milestones along the way to the final goal, two of the robots appear set to get there first, jointly commissioning the same SpaceX Falcon 9 rocket to carry them to the moon in the second half of 2016, with a race across the lunar surface determining the winner …

The winner will be the first robot to travel 500 metres across the surface of the moon and to transmit HD video and images back to Earth.

Pittsburgh-based Astrobotic said that it welcomes a Nascar-style race with Japanese competitors Hakuto.

“Astrobotic is thrilled to welcome HAKUTO aboard our first mission,” said John Thornton, CEO of Astrobotic Technology Inc. “We envision a ‘NASCAR on the Moon’ scenario, where competing teams land together, and countries can cheer on their team to the finish line.”

Google Lunar XPrize technical director Andrew Barton said that the company welcomed the news, and that “this joint venture is an excellent example of how humanity’s commercial and economic interests will expand into space in the coming years.”