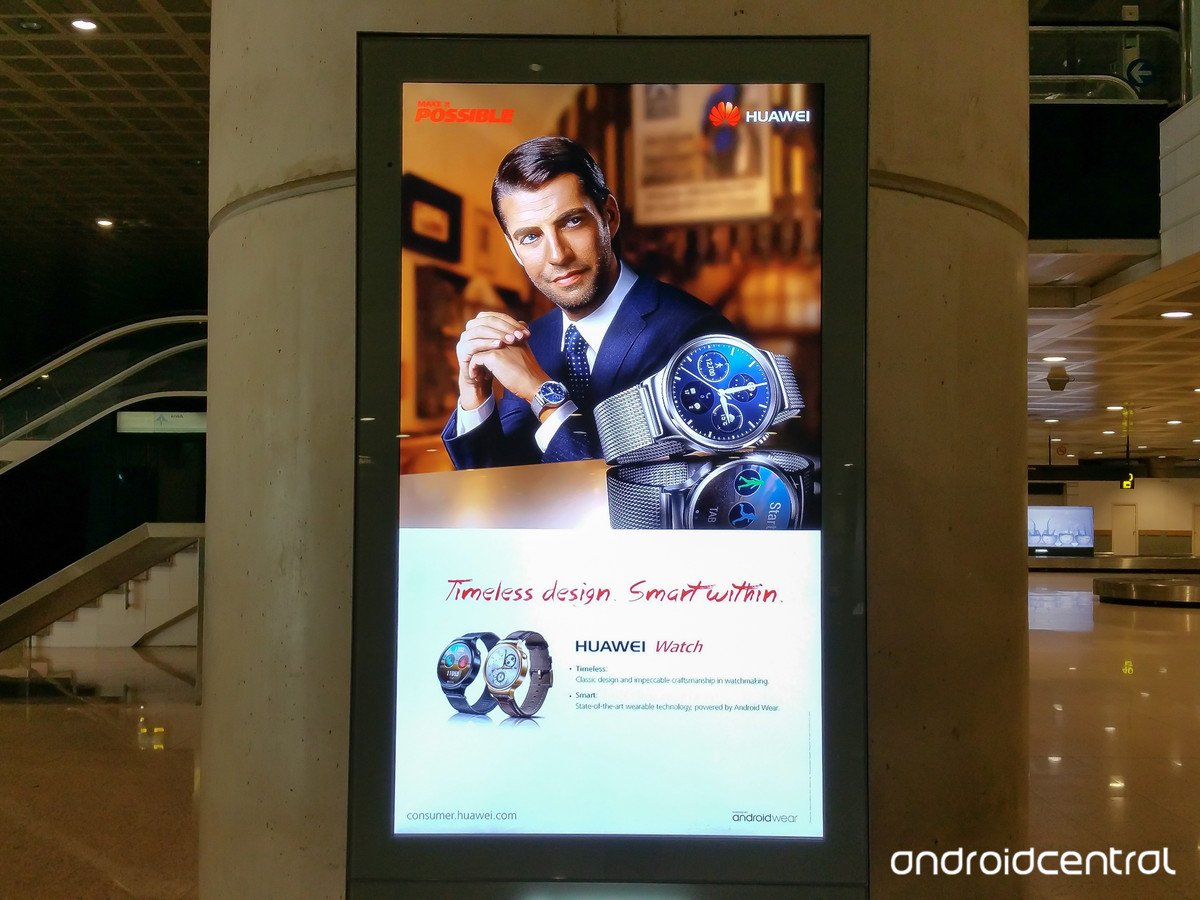 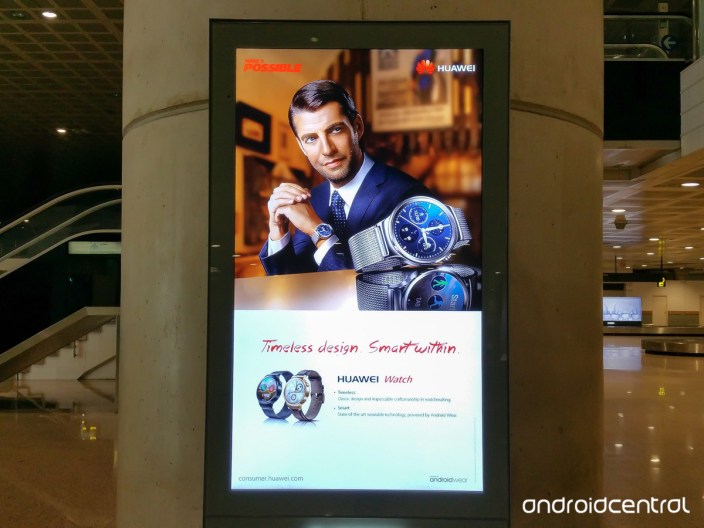 It looks like Huawei is about to enter the Android Wear race with a new device called the “Huawei Watch,” as has been spotted by Android Central in a Barcelona Airport advertisement. Touting a “Timeless design. Smart within.” tagline, the device looks to be a classy circular smartwatch coming in gold, silver, and black variants and a few different band styles. In the reflection of the silver device, there looks to be some kind of fitness feature.

The device looks to sport an aesthetic similar to the Moto 360, but this watch seems to have a singular button that’s placed at an angle on the right side. The model of the device that’s silver seems to sport a band similar to the milanese loop that Apple showed off earlier this year alongside the Apple Watch. There’s no word yet on details like pricing and release date, but we’re at MWC in Barcelona this week and we’ll keep you updated.