Qualcomm VP on Snapdragon 810 overheating issues: ‘the rumors are rubbish’ 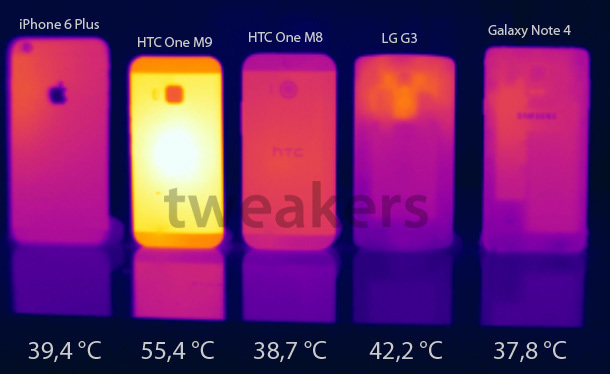 You may recall reports earlier this year about the HTC One M9 overheating during benchmark tests, with many claiming the issue was due to a flaw in Qualcomm’s Snapdragon 810 processor. Tim McDonough, the chipmaker’s VP of marketing has finally spoken out about the problem, claiming that the rumors are untrue and there is, in fact, no problem with the chip overheating…

The executive spoke to Forbes today:

“The rumours are rubbish, there was not an overheating problem with the Snapdragon 810 in commercial devices”, McDonough says frankly.

Lending credence to McDonough’s point is the LG G Flex 2, which also shipped with a Snapdragon 810 and suffered no overheating issues whatsoever. In fact, LG’s executives claimed that 810 was actually helping the phone give off even less heat.

When rumors of these devices overheating were first sparked, HTC reminded users that the phones being tested were not ready to ship to the public yet. Indeed, the One M9s that were run through the benchmarking programs were pre-release models sent out for evaluation purposes.

Simply dispelling the rumors wasn’t enough, however, and the Qualcomm VP later went on to suggest that the rumors were started by someone connected to Samsung in an attempt to knock the wind out of Qualcomm’s sails and build support for the Korean rival’s Exynos 7420 chip, which launched around the same time.