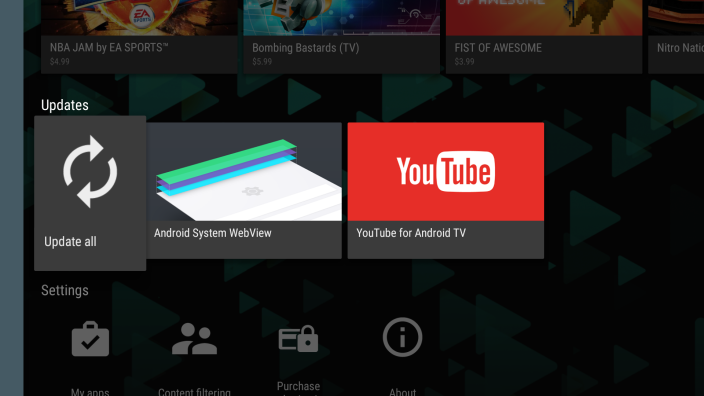 A new version of the Google Play Store for Android TV has started rolling out this morning (via Android Police) with version number 5.4.12. The update doesn’t bring any drastic changes, but it does pack some notable minor improvements. First, you’ll find that there’s now an “Update all” button to update all of your currently-installed apps at once, and secondly, you’ll notice that the interface has slightly larger tiles.

Other than those two things, the latest version doesn’t seem to bring anything that’s front-facing (although you can be sure there are at least a few bug fixes here and there). If you want to grab the latest version, numbered 5.4.12, it’s readily available at AKMirror. Now we just need some more content in the store and some more games to play using our Nexus Player controllers.