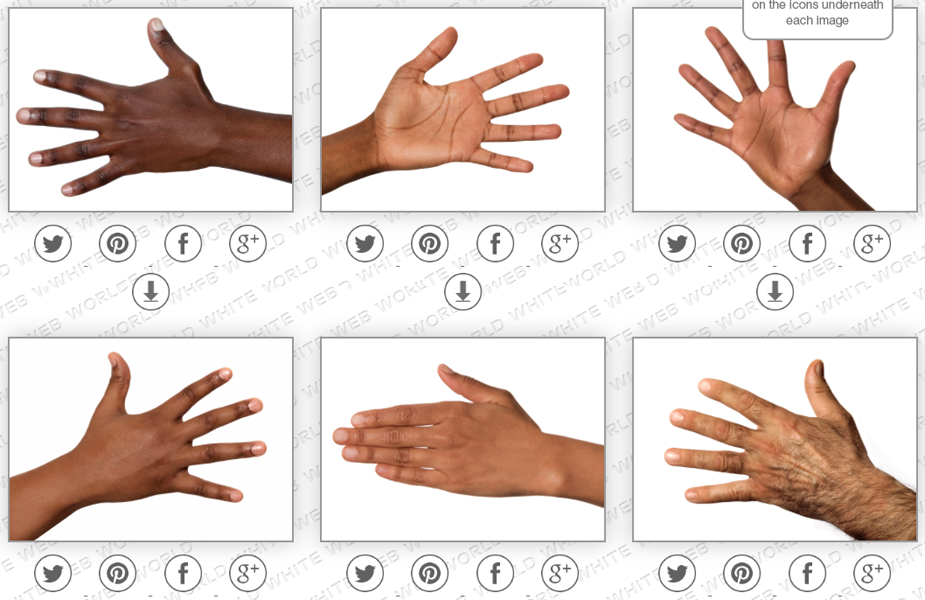 While Google has been working hard to become a more diverse company, you don’t necessarily see much diversity in image searches. Carry out a neutral search on Google Images for terms like man, woman, face or hand, and the vast majority of search results show white people.

The World White Web project aims to change that, by the simple mechanism of asking people to share images of people of color, which boosts their search rankings in Google, increasing the racial diversity of search results …

The project was the brainchild of Swedish design student Johanna Burai, who told TNW that he searched Google Images for ‘hand’ and noticed that almost all the results returned were white.

World White Web is an initiative that wants to put an end to the norm of whiteness on the Internet. If we all share the images on this site, we can change the search results on Google to include hands of people of color too.

Burai argues that white is treated as the norm in society, which affects the way people perceive the world.

Google said last year that its workforce diversity was “miles” from where it wanted to be, and has been expanding programs designed to address this, as well as creating new ones.