Google has partnered with Udacity to offer a nanodegree in Android development (Update: live June 3 Q&A) 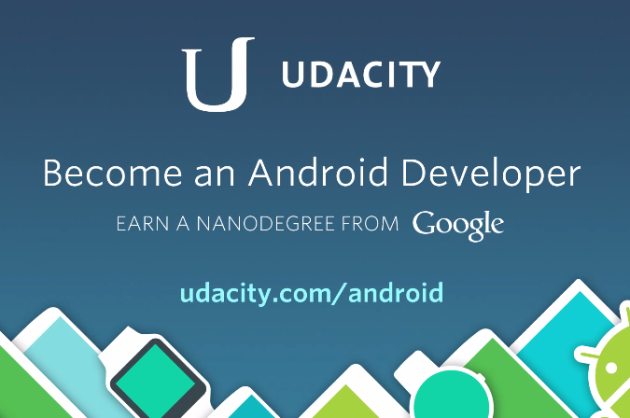 Update: Google is holding an “Ask the Experts” session today, June 3rd, at 2PM PDT where Sebastian Thrun, Peter Lubbers, and Jocelyn Becker from Udacity and Google will be answering user-submitted questions about the Android Nanodegree program. The Q&A session will be live-streamed on YouTube and there’s also a form where you can submit any questions you may have.

Yesterday Google’s Sundar Pichai said on stage at the company’s I/O conference that 8 out of every 10 phones that shipped worldwide last year were running Android, and that 600 million new smartphone users came online over the past year. That’s a lot of devices running the company’s smartphone OS, and they really want developers to realize the potential of their apps reaching that many people. So much so that they spent over $4 million developing an extensive Android development course in partnership with Udacity.

The course, which is actually one of Udacity’s “nanodegrees” – a type of curriculum designed to prepare you for a specific career in technology, or basically a vocational degree – should take you 9-12 months to complete if you perform the minimum 10/hours of study per week and costs $200/month. Due to the high cost of the course and self-motivation required with taking online coursework, this course is probably ideal for those already working professionally in technology who already know some software development fundamentals but want to start doing mobile development. Google basically says as much: it’s an intermediate course, and you’re expected to already have prior experience building applications in Java or some web object-oriented language.

Aside from learning Android fundamentals, the Android Development Nanodegree will take you through the whole process of building to launching an application in the Google Play Store. The capstone project itself is actually publishing a production-ready app.

Google says it’s planning on localizing the course for as many countries as possible so individuals around the world can take part, and that it already did so in Modern Standard Arabic so the course could be available in Egypt where the company is offering scholarships to 2,000 interested students. As part of the launch Google also plans to invite up to 50 students to Google’s Mountain View headquarters for a career summit to learn more about where software development could take them.