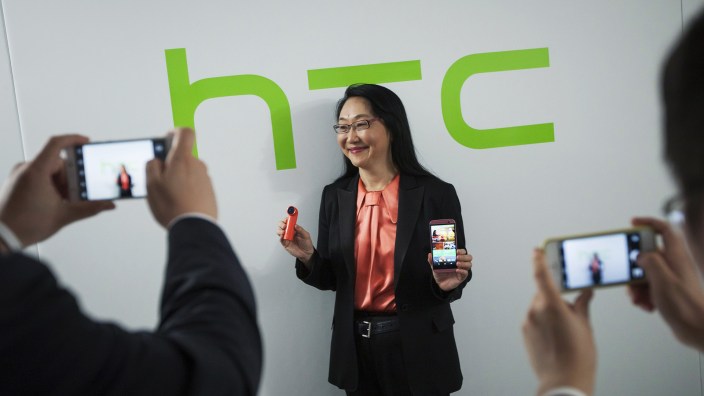 HTC hasn’t been having the best run lately and that continues today. After promising this past Wednesday at an investor meeting to reinvigorate its line through a new product in October and “improved design and innovation,” the Taiwanese smartphone manufacturer has posted bleak earnings results for the month of May with revenue of NT$10.79 billion (US$347 million), down 50% over the same month last year and down 11% from April’s revenue of NT$13.5 billion (US$440 million). Revenue for April was down itself 33% from the month prior and 38% from April 2014.

The company isn’t very confident in how it’ll perform through the rest of the second quarter (April through June) either, and has slashed its expectations across the board for Q2 starting with revenue. It has dropped its revenue outlook to between NT$33 billion and NT$36 billion, down from estimates the company made back in April of NT$46 billion and NT$51 billion. It also expects gross margin (how much money the company makes before taking out costs associated with manufacturing and selling devices) to be 19-19.5%, down from 22.2% in Q2 of last year, and earnings per share to be -NT$9.70 to -NT$9.94 (basically US$0.03), meaning it expects to record a loss for April, May, and June.

In the release, HTC said that the change in revenue guidance is “due to slower demand for high-end Android devices, and weaker than [forecasted] sales in China,” while the change in gross margin is attributable to “product mix change and lowered scale.” We reported recently on rumors that HTC had cut the order of components for its recently launched flagship One M9 by nearly 30% due to flat sales of the device as a result of its identical design to its predecessor. Sales of the One M9 certainly haven’t been helped either by rumors floated around the time of the M9’s launch that its processor, Qualcomm’s Snapdragon 810, was experiencing potentially widespread overheating issues. “HTC might have underestimated the Qualcomm Inc S810 processor’s thermal issue, and this has resulted in poor reviews and concern from carriers,” one anonymous analyst from Yuanta Securities Investment Consulting Co said at the time.

The product mix change mentioned in the release as well as discussed at Wednesday’s investor meeting has seemingly already begun to see light, with the company having just released a new phone to the Chinese market, the One ME. The One ME takes the best aspects of the One E9+ and the One M9+ for one phone that’s better than the two on their own. HTC has also outlined plans to reduce production costs by “improving production efficiency as well as optimizing its component supply chain,” and outsourcing manufacturing as it sees fit. CEO Cher Wang was quoted for the release emphasizing these areas and others as its key business focuses for the rest of the year:

Those “new business opportunities beyond smartphones” likely include projects like the Re camera and Vive virtual reality headset, which Chief Financial Officer Chang Chia-lin said on Wednesday have been well-received by the market and will continue to be developed inside the company. He also reported that marketing spend has dropped 19.26 percent to NT$26 billion from a year ago. Wang said the company recognizes that it needs to improve its marketing strategy, going on to indicate that its ad campaign with Robert Downey Jr. didn’t have any sizable impact on sales and that it wouldn’t be renewing that contract, but instead exploring other less-mainstream areas to invest marketing dollars.

As we said when HTC posted its April earnings, the company is facing increased competition from every side of the market. Apple is at the high-end and beginning to penetrate China in a serious way, Samsung is in the mid-to-high range finding growth again (although still not 100% recovered) with the S6 and S6 Edge after lackluster sales performance of the S5 (due, like the M9, to it being to similar to its predecessor), and a bevy of smaller Asian companies including Xiaomi and Huawei building high-quality devices at low prices and razor thin profit margins.

Where is a company like HTC, being squeezed by much larger marketing and R&D budgets (Samsung) and never-before-seen thin profit margins (Xiaomi) supposed to fit in? The company has laid out a plan for the months ahead, but execution is what really matters, so we’ll be watching.