Swarm for Android updated, mayorships and bragging rights in tow 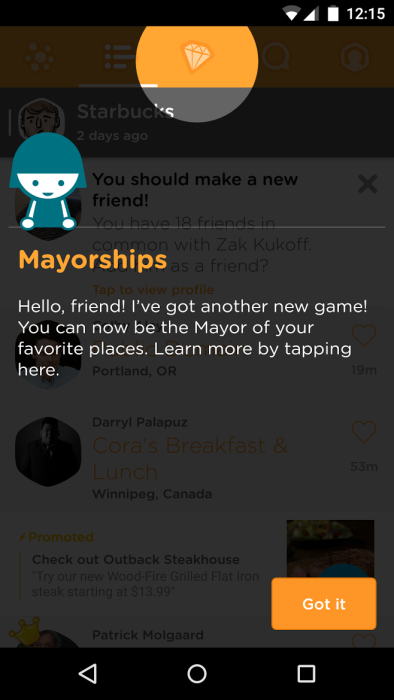 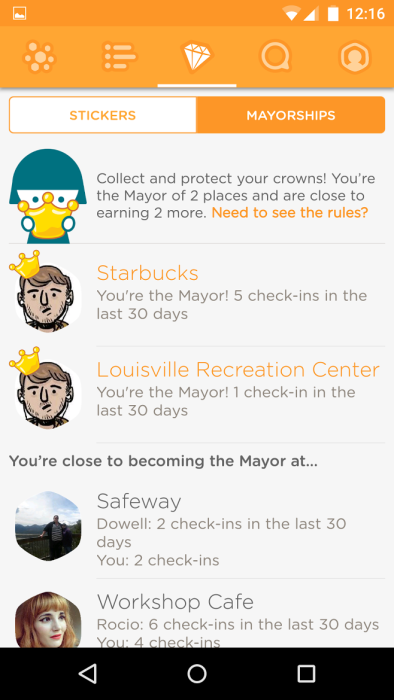 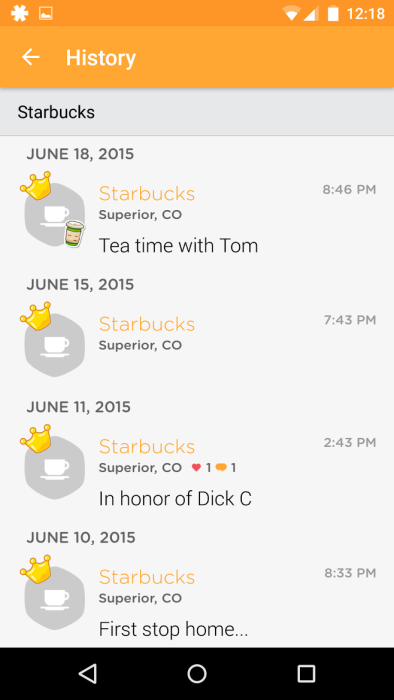 Avid Foursquare junkies (myself included), rejoice – mayorships are back, just now in the Swarm app. You can become the mayor of a place by checking into it more than anyone else in the last 30 days, and only one check-in per day counts towards your rank.

Foursquare was launched in 2009 by the same person who in 2003 founded the Google-acquired Dodgeball, a check-in location service similar to Foursquare that pre-dated smartphones and was based on SMS. When Foursquare launched, mayorships and badges added a layer of playfulness and gamification to the action of exploring the physical world, encouraging users to check-in to new and varying places often in an effort to one-up their friends with more badges and mayorships, or compete for the same mayorships.

The product eventually, however, shifted its focus from the gaming aspect to recommendations and discovery, similar to Yelp, going so far as to kill off mayorships in May of last year when the company introduced a completely revamped version of Foursquare and split off check-ins into a separate app called Swarm. The initial version of Swarm was tremendously lacking in the playfulness that the original Foursquare app had, though, and the company eventually vowed to bring that back in even fuller force than ever before – the app has been receiving periodic updates with the re-introduction of badges and a new messaging feature, and today the company has returned the last missing piece.

One small addition that wasn’t available before is that now you can share new mayorships, badges, and check-ins to Facebook or Twitter with one tap. The update is available in the Play Store right now.