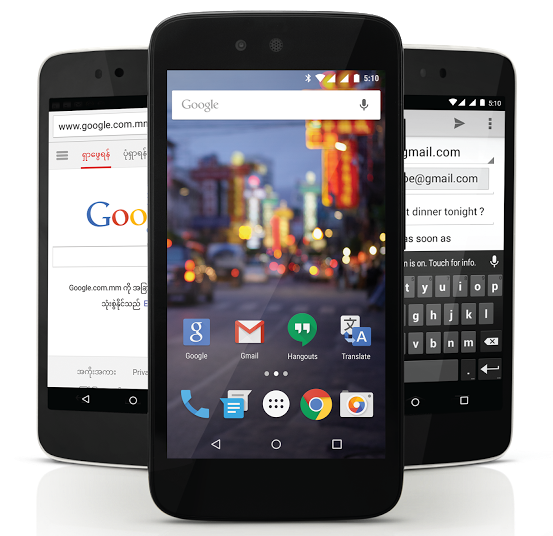 Following last month’s launch in Turkey, Google has today announced that Android One is now expanding to its eighth country: Myanmar. Cnsumers will be able to buy the Cherry Mobile One in the country, and like all Android One phones, it runs the latest version of Android 5.1.1 Lollipop. The hardware is definitely in the budget range, however,  and starting June 26, the device will be available for purchase at retail in Myanmar, starting at Ks 109,000.

Since they’re such an important part of our lives, the experience of a smartphone matters a lot. Last year, Googlelaunched the Android One program to help put high-quality, up-to-date devices into the hands of as many people as possible. Following the launch in India nine months ago, Android One has expanded to six additional countries: Bangladesh, Nepal, Sri Lanka, Indonesia, the Philippines, and Turkey — and today, we’re excited to add Myanmar to that list, working in partnership with Cherry Mobile. That makes eight.

Google originally launched the Android One initiative in India followings its announcement at Google I/O 2014. Following that, Android One made its way to Bangladesh, Nepal, Sir Lanka, Indonesia, the Philippines, and Turkey. You can find the official announcement of Android One’s entrance in Myanmar over at the Google Asia Pacific blog. Google says it hopes to “put great smartphones into the hands of more people across Myanmar,” and that more devices will launch soon.