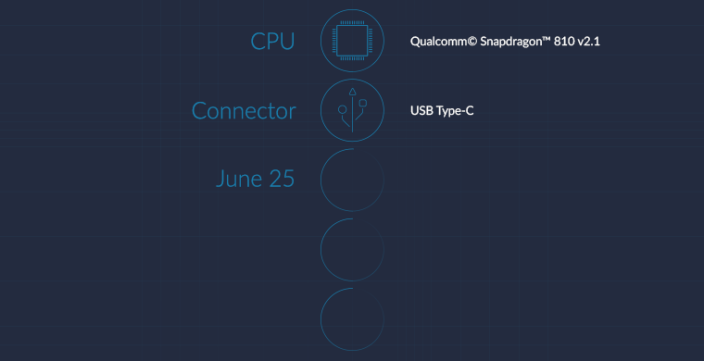 Following the announcement that the OnePlus 2 would have a USB Type-C port, Mobile Syrup wrote an open letter on Monday to OnePlus calling for sanity. Most who have watched OnePlus evolve as a company agreed wholeheartedly with this letter. From teasing a “game changer” that ended up being a miniature drone barely made available, to teasing the end of the OnePlus One invite system several months after the phone finally hit the market, the company has been known to be really loud (and many times obnoxious) about nothing. But OnePlus says that there’s a reason for all of this…

As was the case with the first OnePlus smartphone, the #NeverSettle company has decided that it would be best to slowly leak out each and every specification about its next-generation flagship one at a time. Some perceive this — and basically everything OnePlus has ever done, including its ridiculous invite system — as a vicious marketing campaign to compensate for a tiny marketing budget (and personally, I’m definitely in that boat), but OnePlus has today come out to defend itself, saying that it believes that releasing each specification of the device one by one is actually “more appreciated by [its] fans.”

As for why they announce things they way they do, OnePlus says that they have fond memories of watching tech evolve through rumors and leaks spread across the web, and they want to recreate this for their fans. And to add a little bonus, the company claims that getting individual feedback from fans about each and every individual specification really helps to make things more clear:

Most of us here at OnePlus have fond memories of impatiently scouring the web for the latest rumors, leaks, and announcements for our favorite new tech products. We’ve come to love the delightful experience of learning about new tech and getting excited, and we want to create that same experience for our fans. We love tech, and we think it should be fun. It should inspire amazing things. That’s why we do what we do. It’s why we get out of bed in the morning. In a nutshell, we thoroughly believe that releasing pieces of information is more appreciated by our fans than making one big announcement.

There’s one more component to all of this: We take pride in the fact that we have built OnePlus together, and everything we do is guided by a direct dialogue between us and our fans. When we announced USB Type-C for the OnePlus 2 yesterday, we received amazing feedback focused specifically on that decision. When you reveal devices and all related specs in one big announcement, you get a lot of general feedback that isn’t as clear. It’s not as valuable.

Those who think the company more ridiculous than I would probably be upset that I even wrote this post (and thereby gave OnePlus just that much more free publicity), but the reality we have to remember is that OnePlus has actually made some great products. We reviewed the One and said that it’s definitely the closest things that a company has ever made to being a “flaghship killer,” and as someone who used the phone for about a month, I couldn’t agree more. OnePlus made a killer product with the One, and the tech community has reason to be excited that the company will be just as disruptive with the OnePlus 2.

I, too, was about to be really upset that they were spreading out each and every OnePlus 2 specification announcement (especially following the less than exciting announcement that they would be going with the Snapdragon 810). But then OnePlus came out to say that the OnePlus 2 was going to be one of the very first smartphones to ditch micro-USB (basically the bane of my existence) in favor for a USB Type-C port. It’s ridiculous to announce these specs one at a time, but if there was one announcement that would make me forgive them, this was it. And for now, I forgive them. Let’s just hope that we won’t be stuck waiting for this phone for months after it’s finally available.

But the company also today announced that they’re going to be teasing the next specification of its OnePlus 2 smartphone tomorrow, June 25th. As someone who is a fan of OnePlus’ products (despite my hatred for their invite system, their overall marketing tactics, and basically everything else), I’m excited. That said, this time is not likely to be a big deal like the USB-C port. We’re probably going to hear about the phone’s (assumable) 4 GB of RAM, iteratively better camera, and screen size next. And those aren’t likely to be notable enough for us to regurgitate their noise.

We’ll be updating this page with the OnePlus 2 specs, price, and more as they slowly roll out.