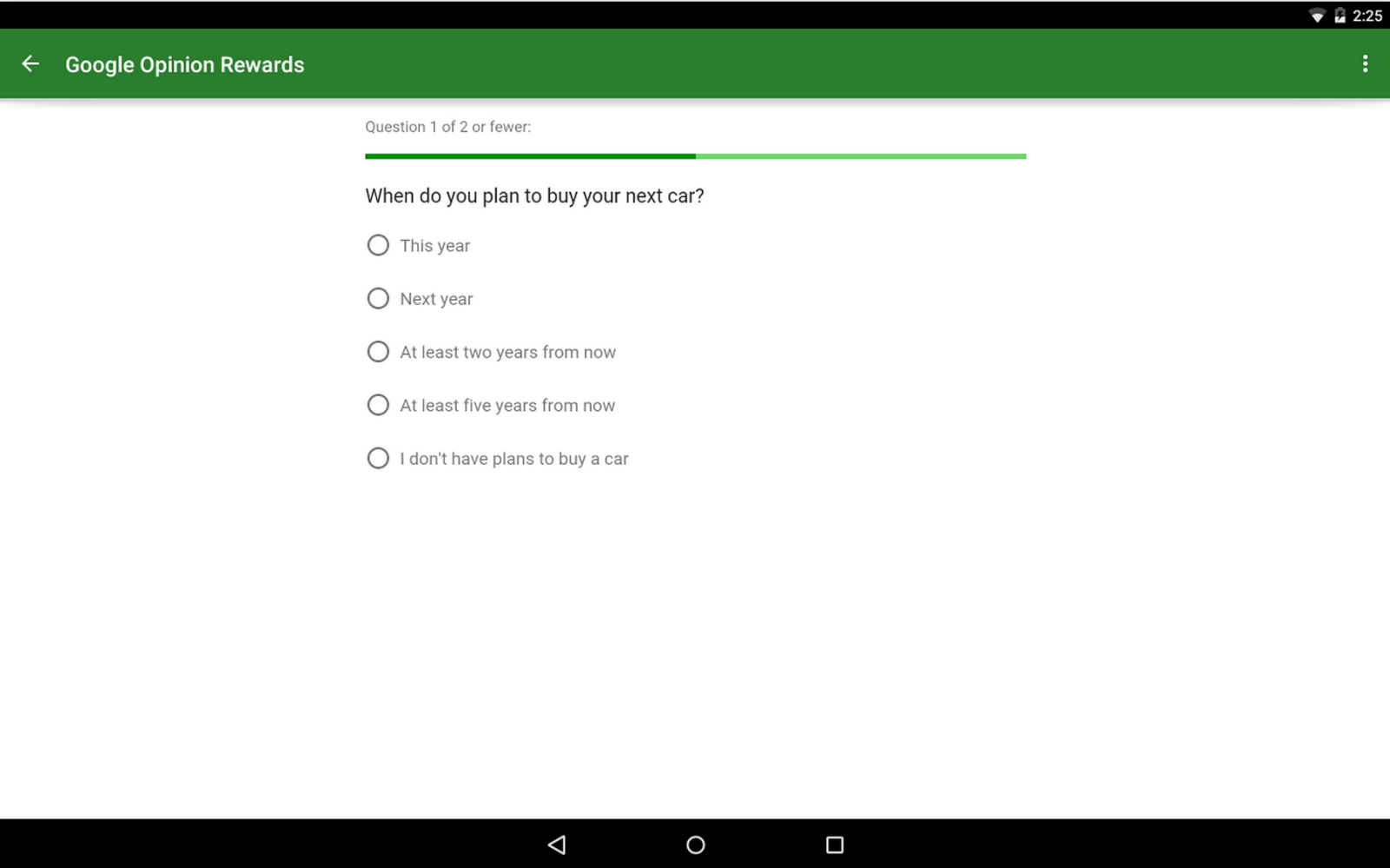 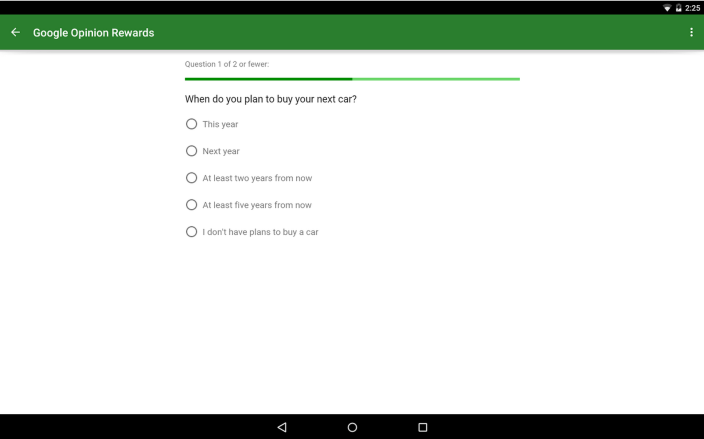 Google Opinion Rewards is a neat app through which anyone can earn credit to spend on anything in Google Play – so long as you’re in the United States, United Kingdom, Canada, Australia, Germany, Italy, Netherlands, or Japan. At least, until now. According to the changelog for an update released to the app today, now owners of Android phones in Mexico and Brazil can join in on the opportunity.

The survey questions that you may be asked to answer through Opinion Rewards, which can be alerted to you through push notifications, are sourced from market researchers who run the surveys through Google Consumer Surveys. Consumer Surveys gives these marketers some of the same tools and platform reach that those advertising products and services through Google get but to instead use to get answers to questions.

Companies who run these surveys get back anonymous and aggregated response data, so they won’t know who you are, and Google says questions that contain mature content, hateful or intolerant speech, or vulgar language are not allowed.