AdWords full-screen advertisements are available to developers monetizing their apps through either the AdMob network or DoubleClick Ad Exchange, and come in app-install and text only flavors. The former ad type has been redesigned with inspiration from Google’s Material Design language now used in many products under the Google subsidiary (we’re still getting used to the new organizational structure too). Here’s a before and after: 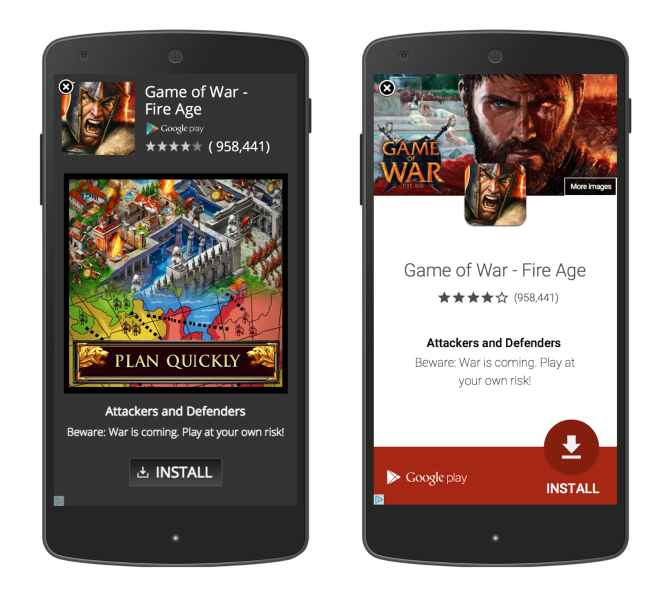 Google chose to highlight the “beautiful cover photo, round install button, and matching color schemes” in these new ads. Users who encounter one of these ads can learn more about the advertised app by tapping “More images” to see a gallery of screenshots, and a star rating is also present (can be from Google Play or Apple’s App Store). Google says that it’s able to automatically choose the color for the footer and install button using a “color extraction” technology which finds the dominant colors from the cover photo or app icon. This serves a two-fold purpose of making the ads more consistent with the brand’s look and feel as well as increasing conversion rates, according to Google.

The second ad type to see a design retooling are the aforementioned text-only in-app ads. Google says these are now “easier to read, and contain a larger headline and a round call-to-action button that clicks through to a website.” Here’s a before and after for these: 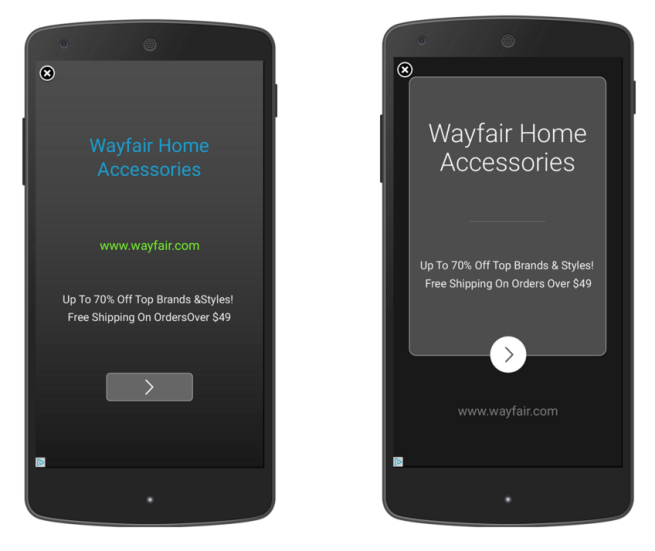 Google says that its user interface team on AdWords tested ten designs over the course of the year before it settled on these versions of the ads, which it says increase clicks and conversions for advertisers, and provide a positive experience for users.

Developers can head over to AdMob now to learn more about monetizing their iOS and Android apps with these products, and as I mentioned they’re also available through DoubleClick.