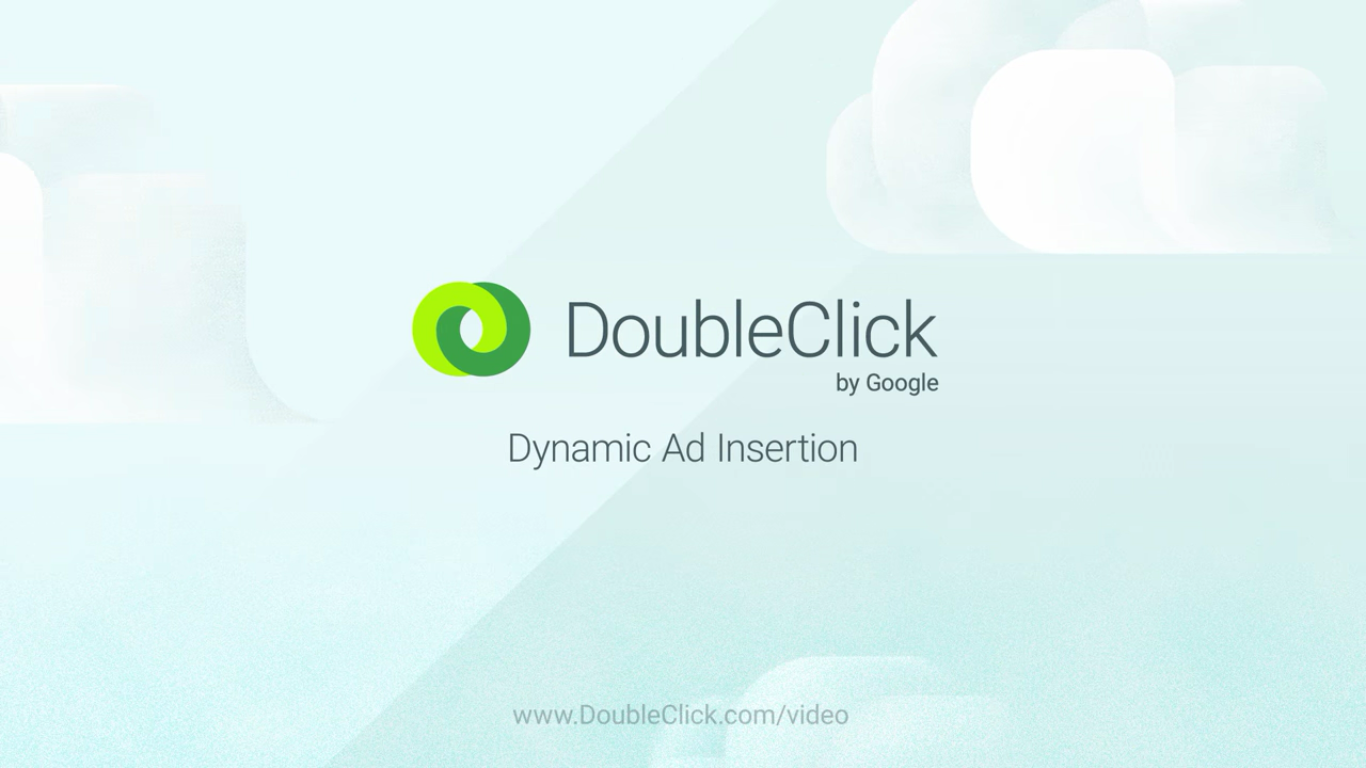 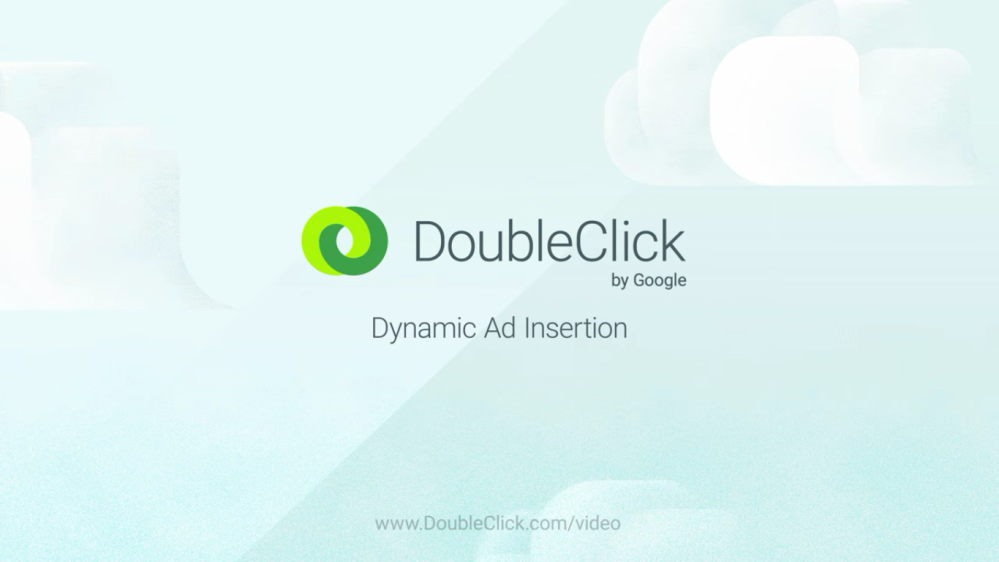 Following big Google Cloud announcements at the National Association of Broadcasters (NAB) Show earlier this week, the company is announcing a new ad platform to monetize and personalize video content, as well as that live TV listings are coming to Search results.

END_OF_DOCUMENT_TOKEN_TO_BE_REPLACED

Google has finally launched an Android app for its DoubleClick for Publishers customers. This way, those who use the service to serve or sell ads will be able to keep on top of their performance without being tied to a desktop. If you are a DoubleClick for Publishers user, you’ll be able to monitor network performance by measuring several key metrics, including impressions, clicks, click ratios and CPM as well as individual advertisement performance.

All in all, it’s a pretty simple app, but potentially very useful to DFP customers. The description itself says nothing but the following:

Provides a high-level overview of a DFP network’s performance. The data is displayed in a series of cards, which contain information associated with what’s happening in your DFP network.

As you’d expect, it’s a free download from the Play Store. It’s compatible with any Android device running 4.0.3 or later.

END_OF_DOCUMENT_TOKEN_TO_BE_REPLACED

Google DoubleClick for Publishers is down (Update)

Update: It appears that Google’s DoubleClick servers are now functioning properly as ads begin to reappear across the web.

If you happen to be browsing the web and noticing fewer banner ads or slower loading times on your favorite websites, including our very own, the reason is that Google DoubleClick for Publishers appears to have been experiencing some downtime since approximately 9:00 AM Eastern. AdSense ads still appear to be loading correctly. END_OF_DOCUMENT_TOKEN_TO_BE_REPLACED

Today, Google announced that it has acquired video advertising firm mDialog. A post on DoubleClick’s official Google+ account welcomed the ad company to the team and reaffirmed its commitment to helping publishers monetize their content.

END_OF_DOCUMENT_TOKEN_TO_BE_REPLACED

Google today announced on its DoubleClick blog that it has acquired spider.io, a company that has been developing technology to fight online fraud related to advertisements. While noting that it has also been investing in developing its own technologies to fight fraud, Google said it would first implement spider.io’s technology into its video and display ad products to help detect fraudulent activity:

Our immediate priority is to include their fraud detection technology in our video and display ads products, where they will complement our existing efforts.

Google adds that the long-term goal for the technology it acquired is to provide advertisers and publishers with more accurate methods of measuring a campaign’s results. “Also, by including spider.io’s fraud fighting expertise in our products, we can scale our efforts to weed out bad actors and improve the entire digital ecosystem.”

According to Bloomberg, the FTC is now investigating Google over its Display ad business which it picked up originally in its purchase of DoubleClick almost a decade ago.

The fresh inquiry, which follows the FTC’s decision to close a review of Google’s search business in January without taking action, is in the preliminary stages and may not expand into a larger probe, said the people, who asked not to be named because the matter hasn’t been made public.

FTC investigators are examining whether Google is using its position in U.S. display ads — a $17.7 billion industry that includes the sale of banner ads on websites — to push companies to use more of its other services, a practice that can be illegal under antitrust laws, the people said.

Out of the FTC Frying Pan, into the Fire. END_OF_DOCUMENT_TOKEN_TO_BE_REPLACED

DoubleClick is a Google subsidiary that develops and provides Internet ad serving services. According to the official DoubleClick Advertiser blog, the new tool’s benefits include:

Everyone knows online advertising is a tricky business, but Google launched a new report today that hopes to uncloak some of the mystery behind the plug-medium that keeps everyone guessing.

In a DoubleClick blog post today, Google’s Director of Product Management and Display Advertising Jonathan Bellack announced the death of the 468×60 banner ad, which now only garners 3 percent of Google’s ad impressions. The classic ad-type is a standard across most blogs and websites, but its low success rate is just another indication of how touchy advertising on the Web is for publishers.

Google, through its buyout of DoubleClick, unveiled the “Display Business Trends: Publisher Edition” report today to help publishers finally determine what works and doesn’t work in the world of Internet-based advertising. Bellack explained:

The Publisher Edition will be the first in a series of publications looking at aggregated global data from across our display advertising solutions. We’re doing this to generate metrics that will answer a few of of the most common questions we hear from our partners, and put some data behind long-held industry assumptions. […] These metrics are a beginning: they give a snapshot of what’s happening in an ever-changing industry. We hope this sparks conversations across the marketplace about the trends driving these metrics, and how publishers can best capitalize on them to grow their businesses bigger, faster.

Google will also hold a DoubleClick “Insights” event on June 5, where it plans to live-stream discussions on the future of buying and selling ads online. Those who are interested can register online. Oh, and the full Display Business Trends report is available for download here (PDF).

The entire interview is above (part 2 is below-soon), but the main point of discussion concerns the nugget that Google acquires 20 to 30 companies a year, with an additional 20 or more related to patents, but Lawee said two-thirds of all Google’s acquisitions have been successful. Lawee attributes the success rate to Google’s initiative to only recruit endeavors that will benefit from being a part of Google, rather than to continue existing on their own.

The VP further said each acquisition has its own metrics to determine whether it is successful, while he then mentioned DoubleClick and AdMob as two of Google’s most successful acquisitions. Slide, on the other hand, is one of Google’s failures.

“Sometimes executing on strategy leads other things to fail. […] 85 percent of that team ended up working for YouTube and they’ve done quite well there,” Lawee explained.