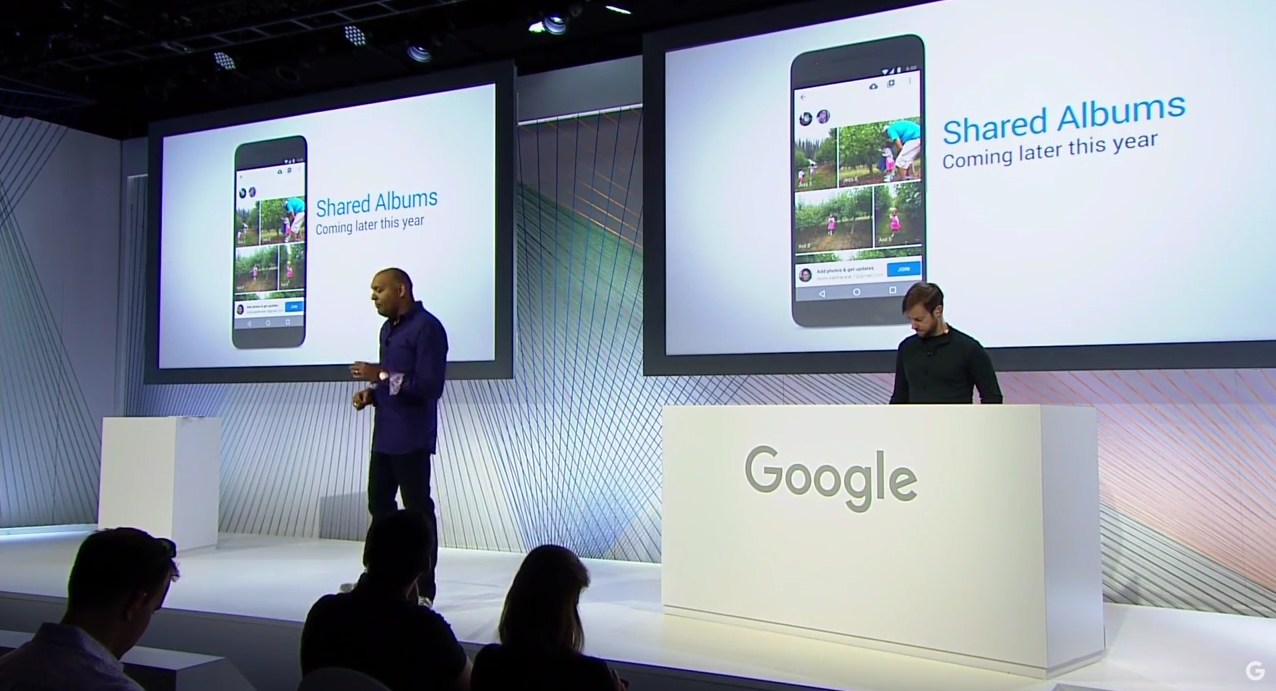 Last week we told you that a teardown of the latest version of Google Photos revealed some interesting new features: album collaboration, people labeling, Chromecast support, and more. Now, Google has announced today at its September 29th event that it is making these exact three features official…

Google Photos launched at Google I/O as part of Google’s plan to split Google+ into three products: stream, Photos, and Hangouts. With that split, however, Google neglected to bring complete feature parity. The Google Photos app, for example, launched without support for Chromecast — something that was supported previously in Google+.

And with today’s focus on Chromecast (Chromecast and Chromecast Audio devices are expected to debut as we’ve exclusively reported), it makes sense that Google is reintroducing this feature to Photos. The app is also getting the ability to share your photo albums with friends, as well as easily tag people the app doesn’t auto-tag.

Google says that these features are rolling out to the Google Photos Android and iOS apps soon (this week for Android), and will also make their way to the web application at some point in the near future.