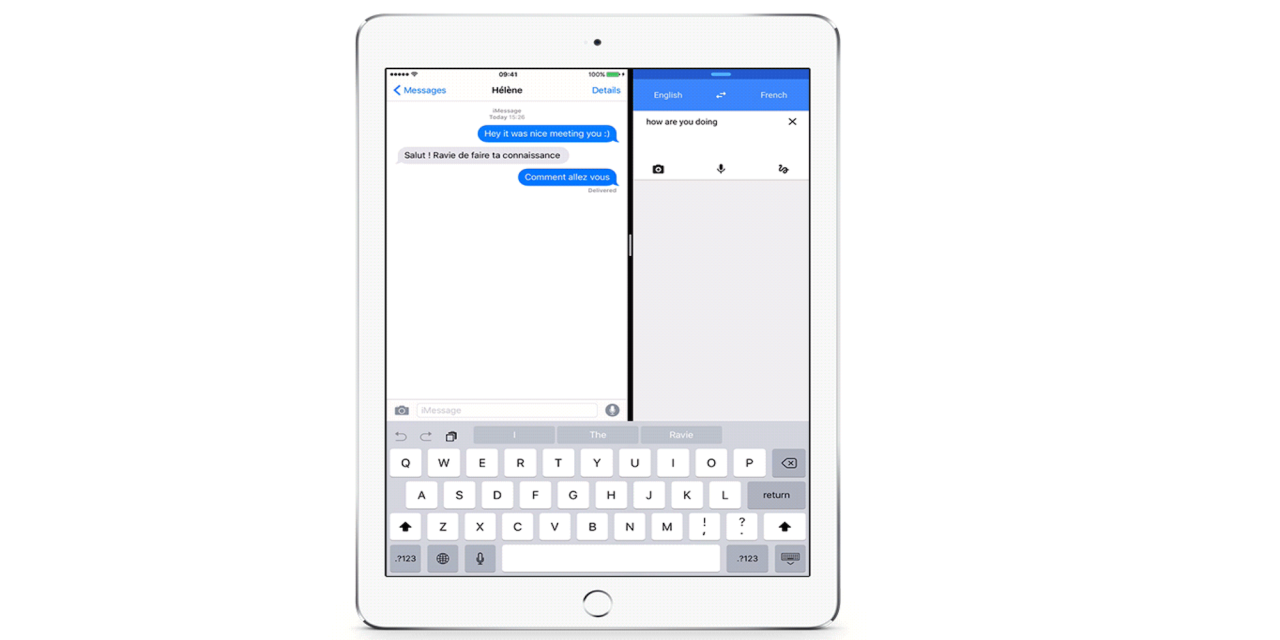 Using Google Translate’s instant visual translation feature, users can tap into their mobile device’s camera to translate printed text. With this month’s update, Google adds support for translating printed text in English or German into Arabic, something that was already available for the apps other translations features including conversation mode and text input model.

For iPad users, Google Translate is adding support for Apple’s new Split View feature that allows side-by-side use of apps on newer iPads with iOS 9.

So if you’re sending an email or text and need to translate, you can see both apps at the same time. And it even works with text from online books or websites.

And this is how it looks in action on the iPad:

The new features will be rolling out to mobile app users in the coming weeks.