HTC One A9 leaked yet again thanks to Orange France, possibly priced at 599.90€ 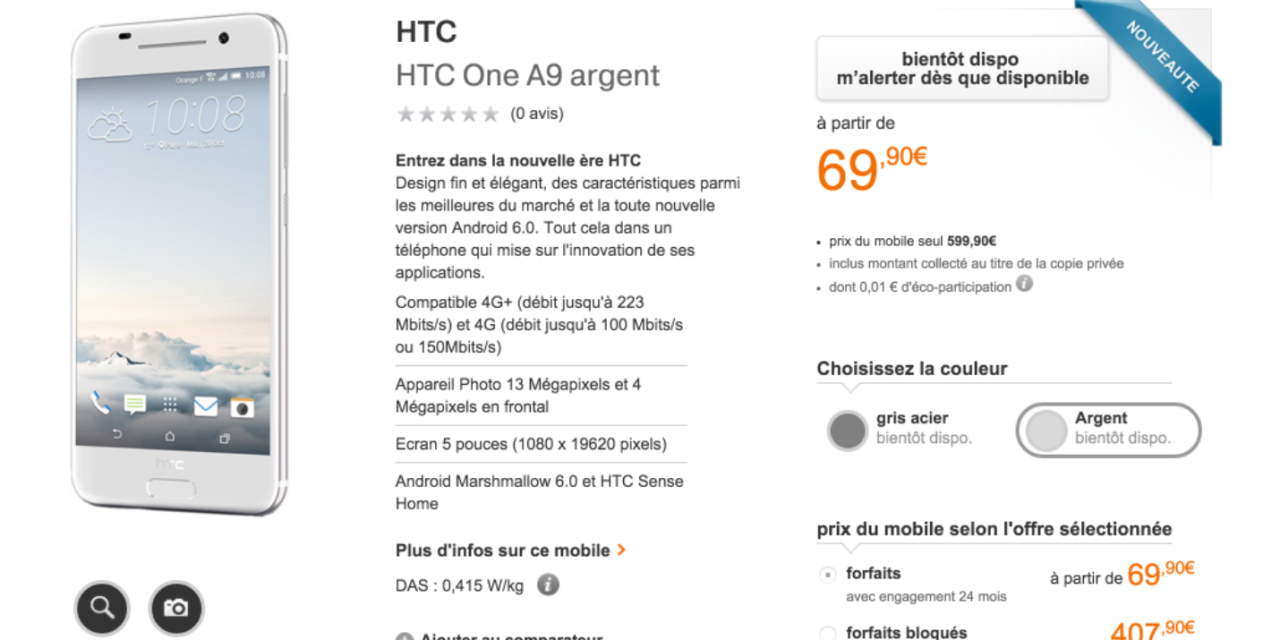 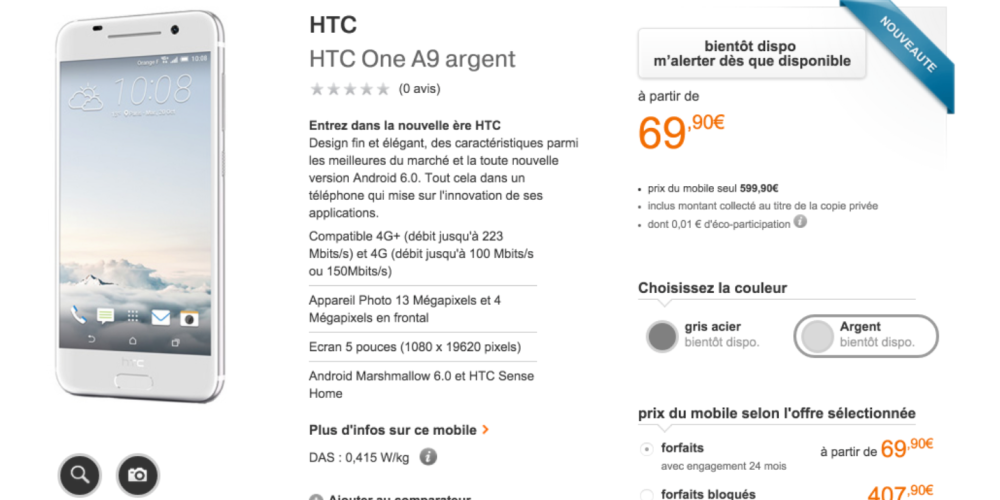 HTC’s upcoming One A9 mid-ranger has potentially won the award as the worst kept secret of 2015. The iPhone-esque device has already been leaked numerous times and now Orange France has given us yet another look at the phone.

The French carrier today has accidentally launched a webpage that shows the HTC One A9 in all of its glory. Unfortunately the listing doesn’t include any hardware specifications, but we do get a clear look at the design of the device. The listing also suggests that the One A9 will carry a full retail price of 599.90€ in Europe, which is roughly $689. While that price is obviously not official yet, it seems a bit steep for what everyone expects to be a mid-range, somewhat affordable phone. 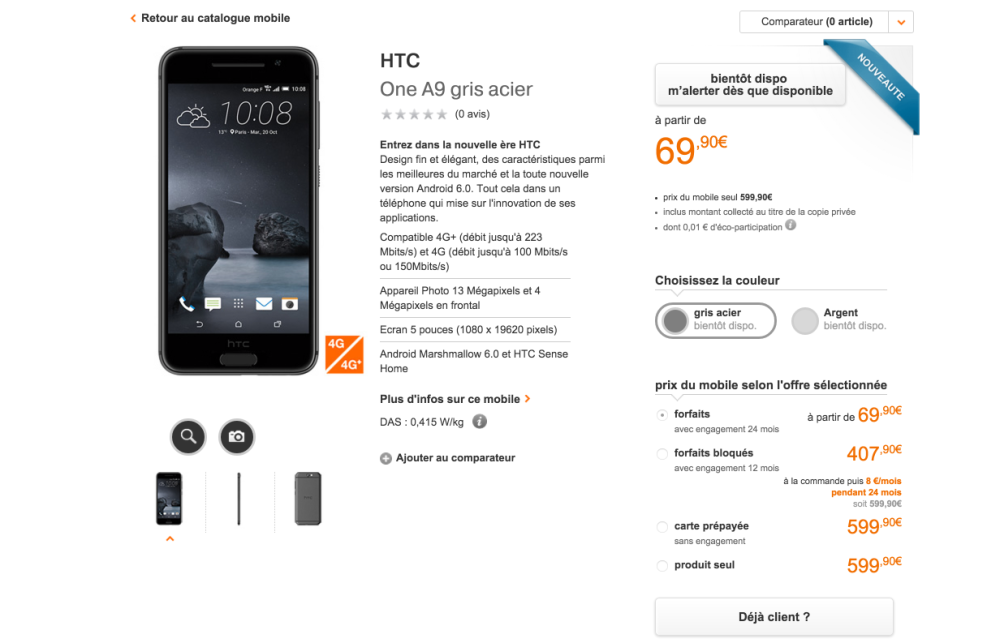 As far as specifications go, the device is rumored to feature a 5-inch full HD AMOLED display with 2GB of RAM and 16GB of internal storage, as well as a microSD card slot for future expandability. It’s also rumored to carry a fingerprint sensor, a 13MP camera with optical image stabilization, and a 2150mAh battery and be powered by the mid-tier Snapdragon 617 processor, as well. The device is expected to ship with Android 6.0 Marshmallow, as well.

HTC is holding a “virtual” press event on October 20th where we should expect to hear more about the One A9.