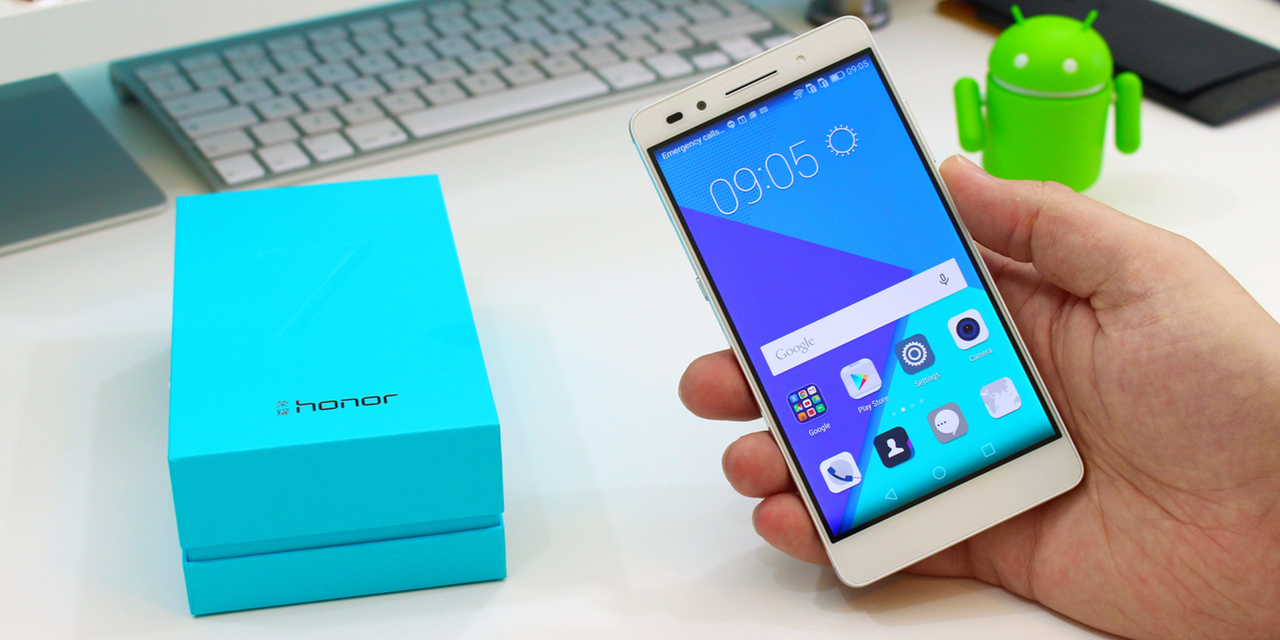 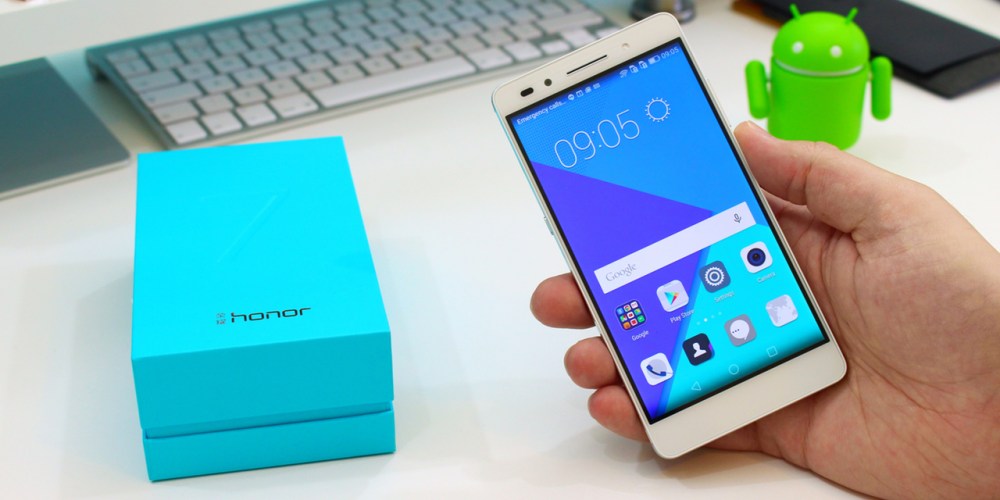 At long last, I’ve got my hands on the affordable, premium-looking Honor 7 handset by Huawei. In Europe, the Honor brand is known for releasing good quality phones, at cheaper-than-expected prices. Considering the specs, the £249 price-point is fantastic. In the US, the $440+ price isn’t as appealing, but you might like the phone nonetheless…

The packaging is very attractive, and well-organized. Underneath the plastic tray holding the phone, there are three boxes. One contains the paperwork (or would if it was a retail version) and a SIM removal tool. Another box has the wall adapter which, in my case, is the European model. The last has the Micro USB to USB 2.0 cable, which has nice textured casing around the ends.

Taking a look at the phone, the back is made almost entirely from metal and is covered in a large piece of protective film which indicates what all the buttons and points are. While metal is the material used most on the back, there are two plastic end-caps on the top and the bottom, giving us our first real sense that this isn’t a premium device.

There’s also a 20MP camera and fingerprint sensor, all neatly designed to match the body. Around the front is an 8MP front facing camera and earpiece.

The right edge features the usual combination of volume and power buttons. The power button in this case has a concentric circle pattern, and is one of the nicest, clickiest buttons I’ve used in a long time. On the other side, there’s a smart key that can be customized to launch different apps and a SIM tray. Like many phones these days, it has two slots. You can either have a nano SIM and make use of the expandable storage using a MicroSD card, or use its dual SIM support. The top edge has a 3.5mm jack, microphone and an IR blaster while the bottom edge features a Micro USB port and a couple of grilles for the speaker and microphone.

Front has a 5.2-inch full HD display which, on first impressions looks fantastic. Whites are crisp, colors are vivid and text is sharp. Perfect for showing off some of the nicer elements of EMUI, Huawei’s custom skin running on top of Android 5.1. Huawei’s software divides opinion, and you’re either going to love it or hate it. In the past, I’ve not been a fan of the iOS-ified elements or fiddly toggles, but I’m happy to give it another try.

Other specs include an octa-core HiSilicon Kirin 935 processor, paired with 3GB RAM and 16GB Storage alongside a 3,100mAh battery.

Overall, first impressions are better than I was expecting. In the UK, pricing is competitive enough that it’s definitely worth considering if you want to spend less than £300 on a smartphone. In the US, it’s hard to ignore the fact that the new Moto X Style costs a lot less, and has a more impressive spec sheet. And — more importantly — ships with a pure version of Android.

The Honor 7 wasn’t really intended for the American market, so it’ll be interesting to see how well it does on the usual ‘unofficial’ channels like Amazon and eBay. In Europe, it’s hard to think of many phones that cost this little and offer the same design and performance, from what I’ve seen so far. It comes in black, silver and gold and is available to order now.