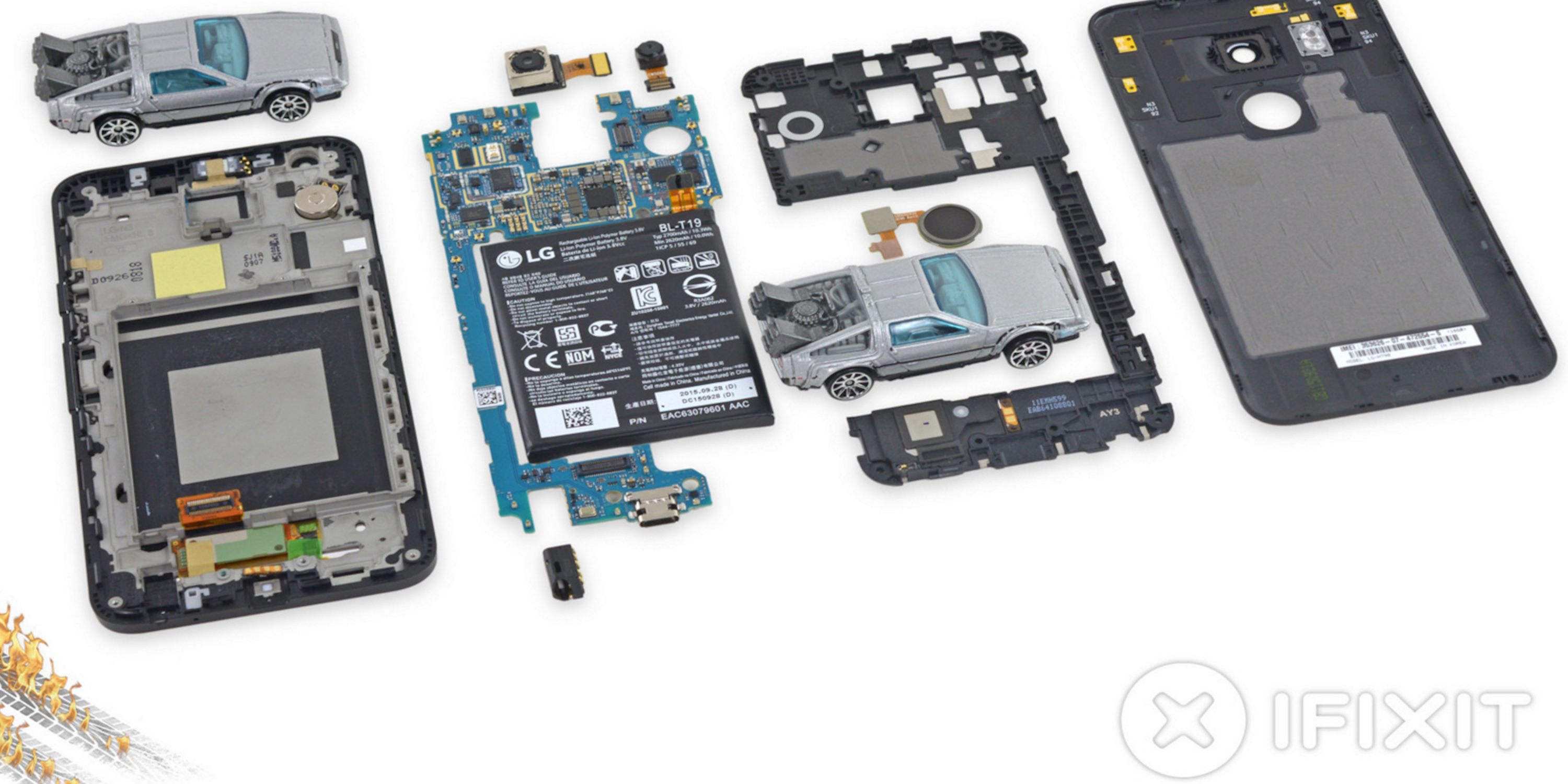 As usual, iFixit has cracked into the latest Nexus device, Google’s Nexus 5X manufactured by LG, to give us our first look at the insides of the device and some insight into just how repairable it will be for owners.

Google’s Android team already filled us in on why it left out Qi Charging on the new Nexus devices (the reversible USB Type-C included is simply more efficient, it said), but we didn’t get an answer on why it didn’t take advantage of Qualcomm’s Quick Charge technology. It turns out the device actually includes a chip that supports the feature, the Qualcomm SMB1358, Quick Charge 2.0 IC, as confirmed in the teardown earlier today. And Qualcomm supports the Nexus 5X’s new USB-Type C connector, so it’s still a possibility the feature could be enabled for the device in the future.

But apart from getting a look inside of the device for the first time, the teardown doesn’t reveal many details we didn’t already know. It does, however, show that Nexus 5X is easily repairable compared to much of its competition with a score of 7 out of 10 meaning most components of the device will be easy to swap in and out or fix. The one downside iFixit noticed included a fused display assembly, which it noted means the “glass and LCD will need to be replaced together if one or the other breaks.”

The positives include the fact that several components “are modular and can be replaced independently,” according to iFixit, and that a standard Phillips screw driver, and not proprietary tools and parts like other devices, is all that’s necessary to open the device.

You can check out iFixit’s full tear down here.