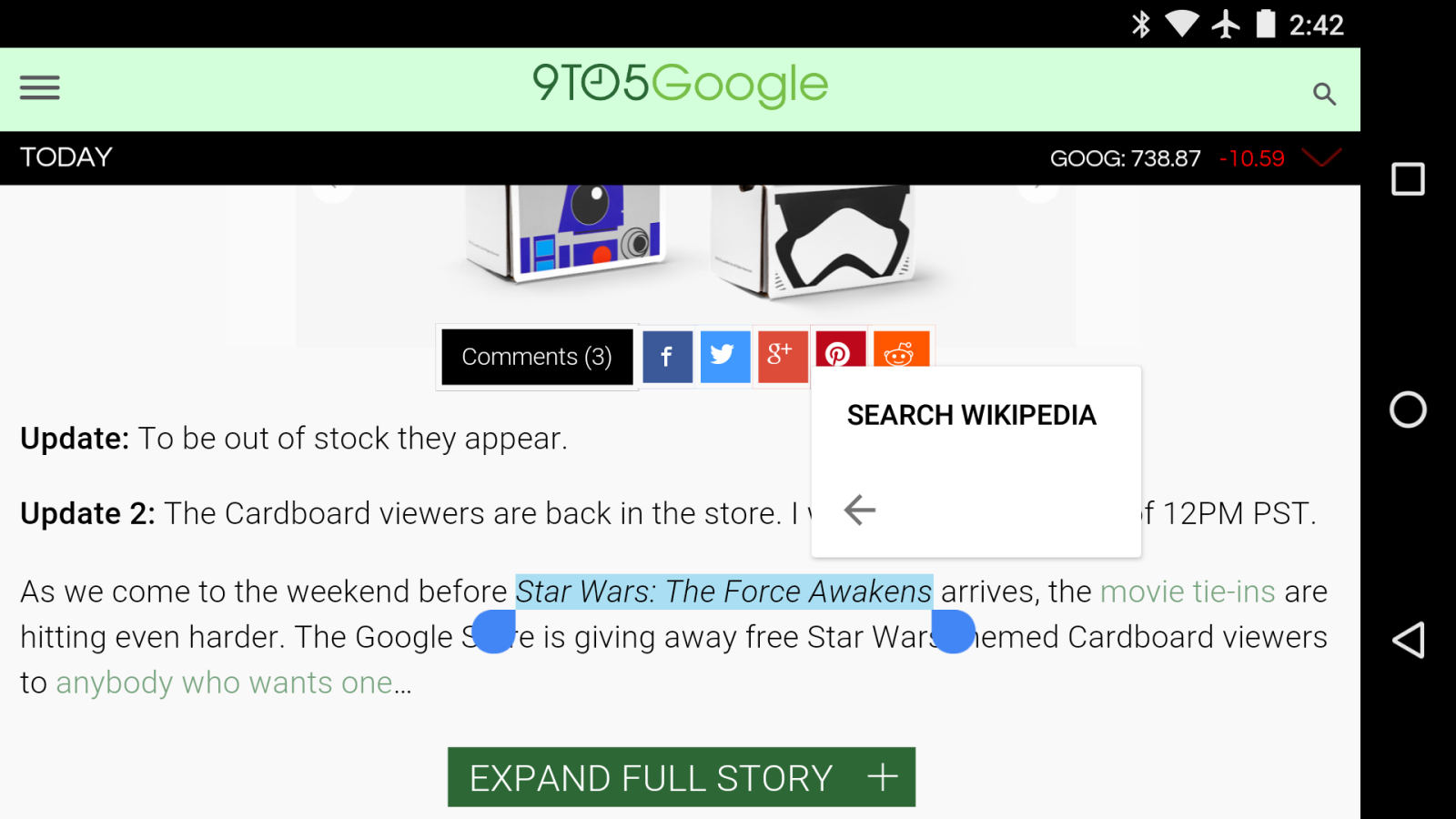 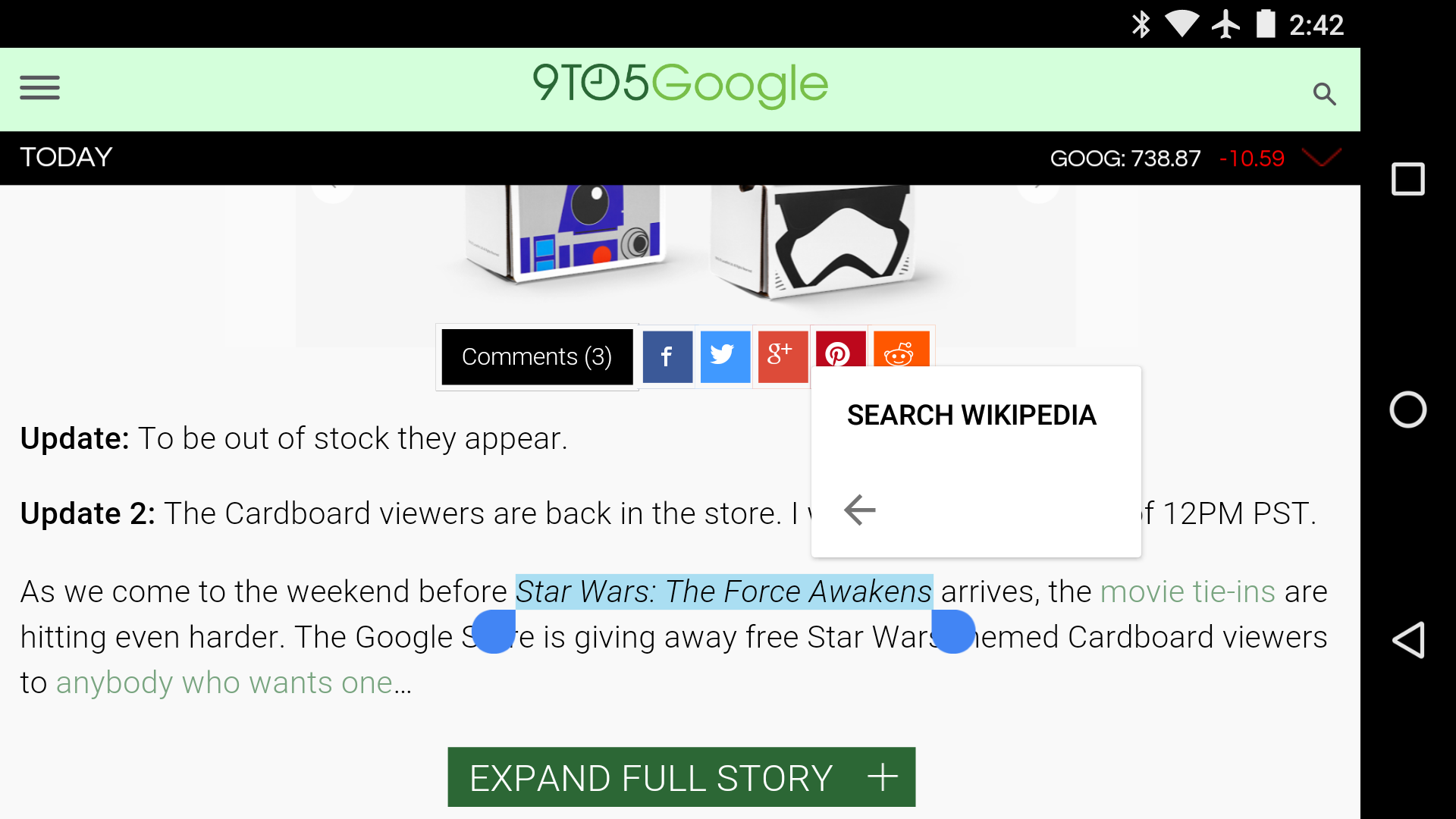 In addition to improving cut/copy/paste, the redesigned text selection pop-up in Android 6.0 Marshmallow allows developers to take advantage of the new contextual selection feature. The Wikipedia app has been updated so that when text is selected there is now an option to ‘Search Wikipedia’.

The first app to take advantage of this system feature was Google Translate which allowed for system wide translation of text. Selecting the Wikipedia option amounts to searching the online encyclopedia’s app manually; it does not immediately take you to an article.

As part of the Android 6.0.1 update that started rolling out earlier this week, the text selection pop-up received a notable speed bump. There is no longer a second’s lag between highlighting text and when the bar pops up.

This update rolled out to the beta version of the Wikipedia app earlier this week and was released to the normal one today. In addition to bug fixes, the Wikipedia update also adds an option to see articles about things near you. The full change log is below:

– Nearby with Maps! Tap the Nearby option in the navigation menu to see an interactive map with Wikipedia articles about locations near you, or anywhere else in the world. – In Android 6.0, highlighting a word in any other app gives the option to search for it in Wikipedia. – Deleting your browsing history will now also clear your open tabs. – Updated link preview design – Fixed a metric ton of bugs and crashes.