Google Cardboard isn’t just a $20 toy, it’s being used in hospitals to save lives 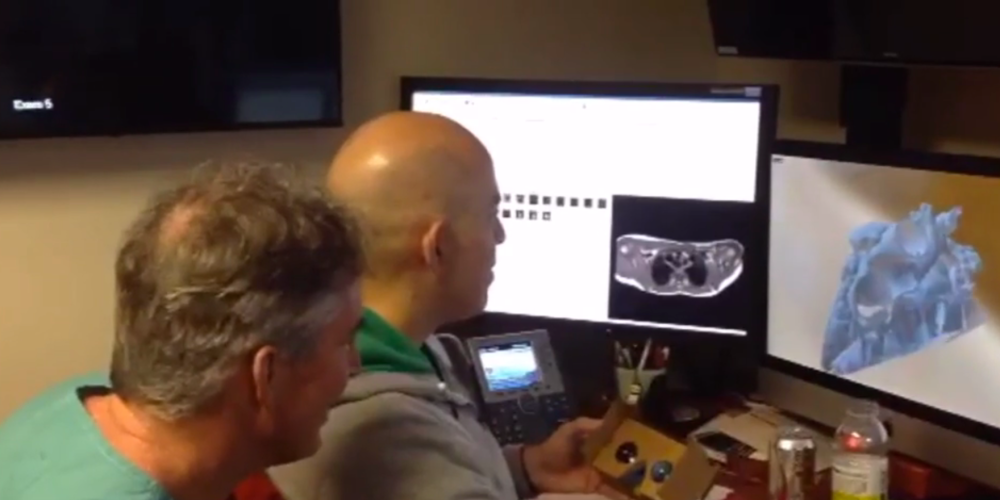 Google’s virtual reality offering is doing more than just providing users a new way to watch videos and game. According to a new report from the NY Daily News, surgeons recently used Google Cardboard to help repair the lungs and heart of a four-month-old child. Teegan Lexcenher was born with half a heart and one lungs and her parents were initially told that she couldn’t be operated on, until Cardboard come into the picture..

The family then reached out to cardiovascular surgeon in Miami, Redmond Burke, who had the an idea of how to save the child’s life. Burke asked one of his colleagues, Juan Carol Muniz, to create a 3D model of Teegan’s heart using computer scans of her heart and lung. The issue, however, was that the hospital’s 3D printer was nonfunctioning.

Muniz then downloaded images of Teegan’s heart and lung onto a smartphone. Burke and Muniz were then able to look at 3D images using Google Cardboard with the app Sketchfab. Cardboard allowed for the doctors to view the images in 3D virtual reality that was high enough in quality to give Burke and Muniz a look at what surgery would need to be performed.

Burke explained that this was the first instance in which he’d ever used Cardboard, but praised it’s flexibility. “It gave a whole new perspective to this baby’s heart,” Burke said. “It gave me autonomy and flexibility. You can use it anywhere.”

As for Teegan’s condition, she’s recovering in the hospital and getting stronger every day, according to her doctors and family. Without Google Cardboard, her situation would have been dire, but now, she could be home as early as next month.