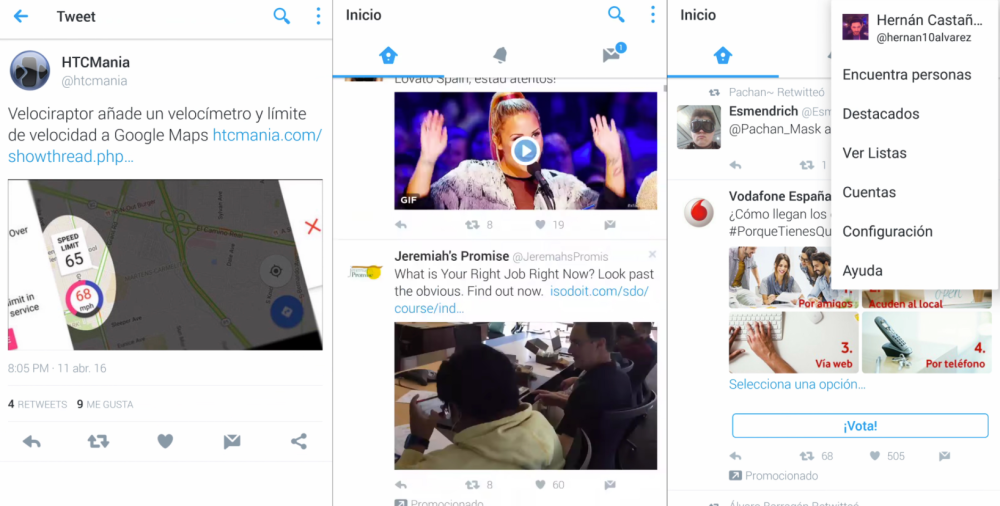 In a sea of powerful, feature-packed, and well supported third party clients, the official Twitter app has generally never stood out as a particularly good choice for enjoying the social network’s experience.

One of the main gripes some users have had over the years is in regards to design; given the service’s popularity, it was odd to see its stock Android app maintain a fairly anonymous — and not particularly brilliant — UI, markedly in dissonance with the platform’s guidelines. However, the San Francisco-based company may have been hard at work to fix that…

User Hernán Castañón Álvarez, a developer of the famous XDA community, uploaded a video today on YouTube showing what likely seems to be an early build of the app whose UI is markedly based on Material Design. For instance, we can clearly see how the app uses tabs at the top once again — properly, this time — as well as the implementation of a Floating Action Button as opposed to the bottom action bar employed now.

While there doesn’t seem to be a huge number of animations across the board, screens now slide vertically, and the old toggles (reminiscent of iOS) are all but gone, which is indeed a welcome change. The 47-second long video does not show much else, and there is no official word whether this build is only being tested internally or if we can expect a wider launch sooner than we think.

We certainly hope so. In the meantime, you can check the video below yourself.