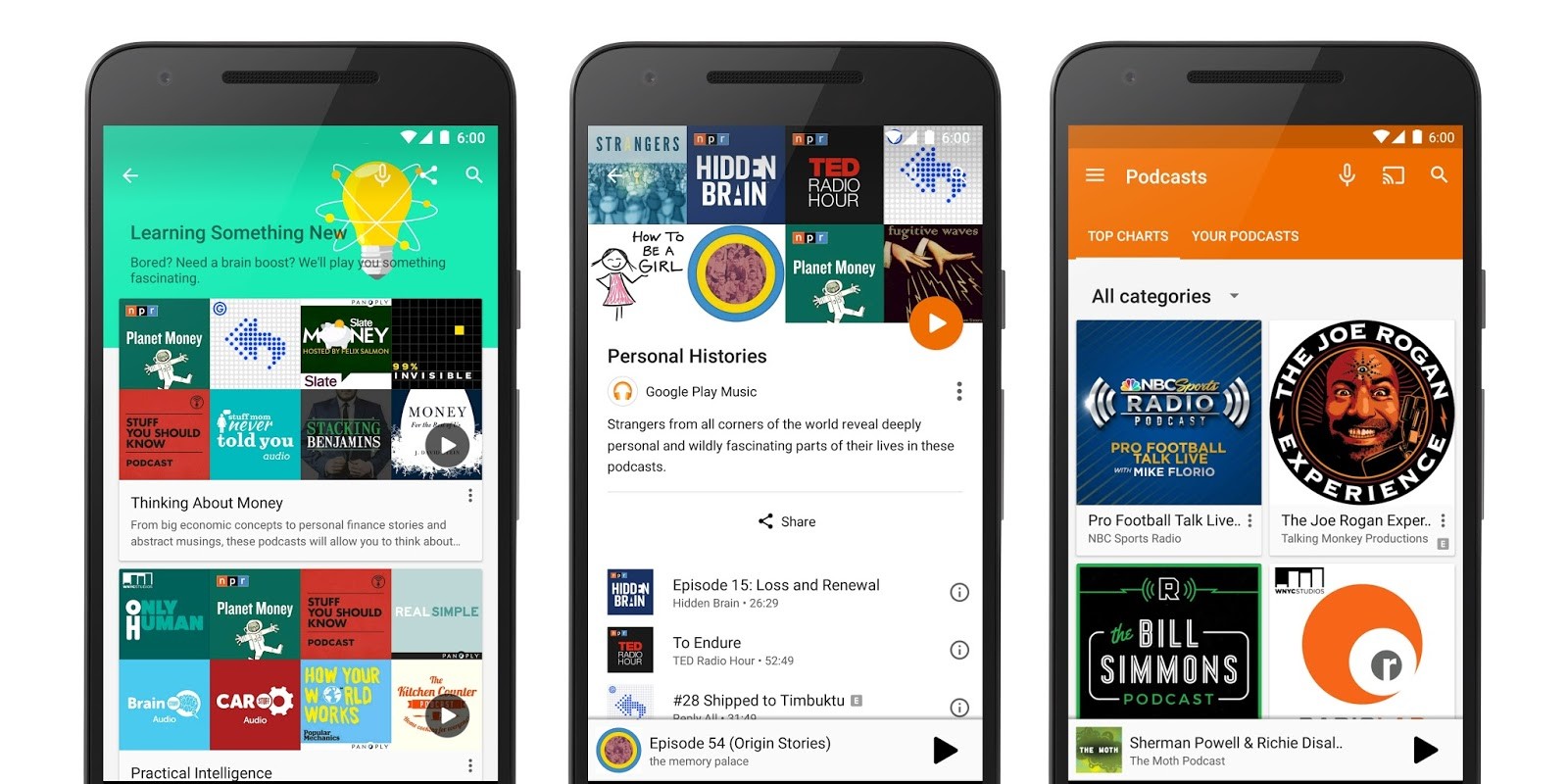 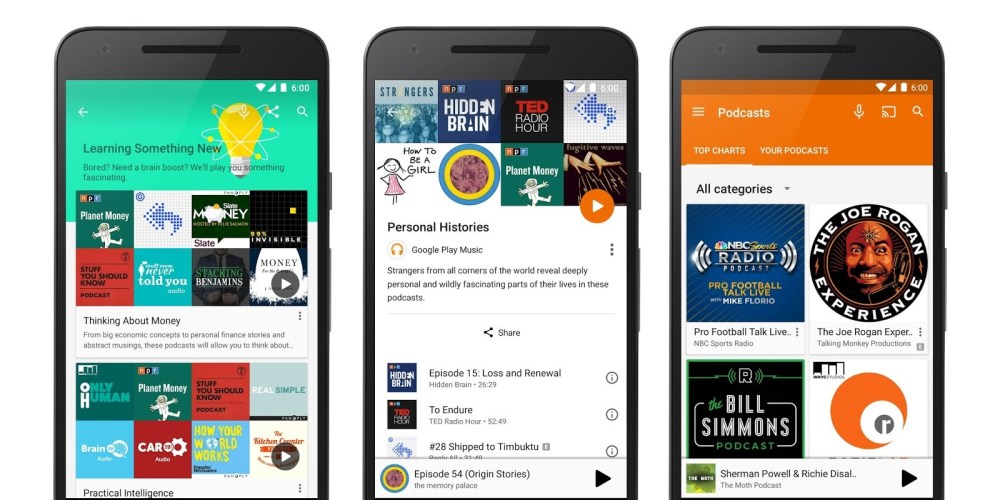 As leaked by NPR last week, podcasts are now live in Play Music. Google announced the feature last October and podcasters have since been able to upload their shows. Besides just subscribing and listening, Google will apply the same recommendation features for music to podcasts.

The feature is now live on the web with an update rolling out to Android starting today. The Play Music app keeps the same general look, but there is now a new podcasts section with tabs for ‘Top Charts’ — sortable by category — and ‘Your Podcasts’. Like with music, Google will use contextual playlists to recommend podcasts based on what you’re doing, feeling, and what you’re interested in. They include:

Try “Learning Something New” to talk about at a dinner party and listen to our favorite episodes from Stuff You Should Know or How To Do Everything. Enjoy a Sunday afternoon by “Getting Lost in a Story” with episodes from Radiolab or Reply All, or relax after a long day by “Laughing Out Loud” to Marc Maron’s WTF or Chris Hardwick’s The Nerdist.

As with other podcasts apps, users can subscribe, have podcasts automatically download, and be notified when a new episode comes out. It appears that Play Music remembers your last position in a podcast and keeps it in sync between devices and the web. Play Music has the advantage of being pre-installed on Android and free on iOS.

Unfortunately, the update is not yet live on iOS and is rolling out in waves on Android. Initially, podcasts will only be available to those in the US and Canada. You can head to music.google.com to play around with the feature now.