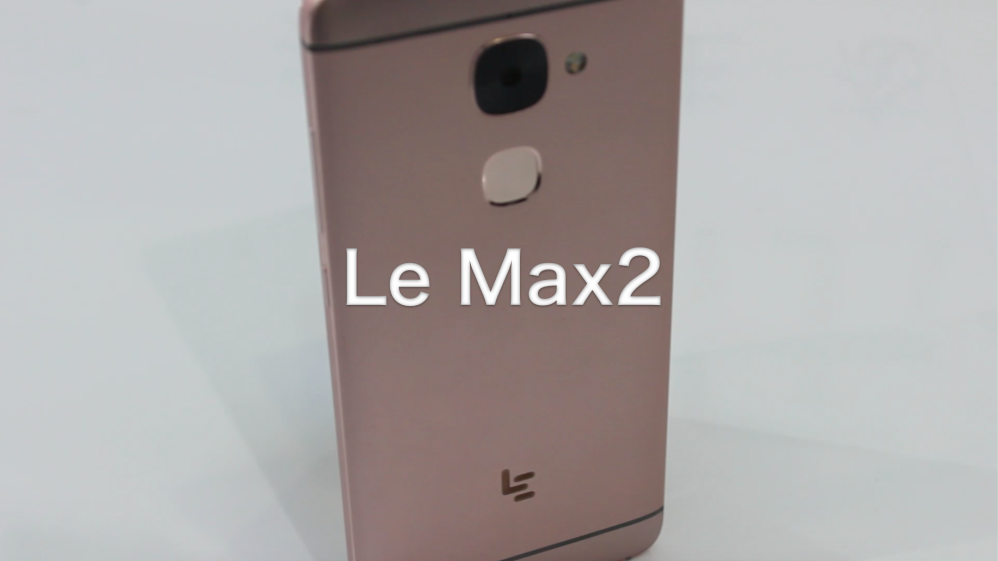 As we told you would be the case, LeEco held an event in China last week to announce a few new Android phones, a new all-electric vehicle concept, the next-generation of its SuperTV line, and a VR headset. While the Le 2 and the Le 2Pro are great handsets for the price, the phone that really caught my eye was the highest-end Le Max2. The Le Max2 is also a great phone for the price, but it brings specs and performance comparable to the latest-and-greatest Android flagships from Samsung, LG, and others.

There are two things about this phone that stand out.

First, like the the other two phones, the Le Max2 inexplicably forgoes a 3.5mm headphone jack despite having plenty of room for one. This is clearly an attempt to beat Apple to the punch, but I just can’t see how the target audience of LeEco’s newest phones would be happy with this move. LeEco says the phones have the “world’s first Type-C audio connector,” but, as I mentioned before, beating Apple isn’t very beneficial if your audience isn’t going to appreciate the move.

Secondly, there’s a variant of the device with 6GB of RAM. That’s may seem ludicrous considering most Snapdragon 820 phones — like the HTC 10 or the Samsung Galaxy S7 Edge — are only just recently getting 4GB of RAM (and they run pretty smoothly to boot). But I have to say, seeing the intensity of LeEco’s streaming content and putting it all right on the home screen, 6GB might just be well-appreciated by some users. It’s not that this huge 6GB of RAM is going to make the experience all that much better, but depending how you use the phone, you might need it.

As for other specs, the Max2 has a 5.7-inch 2K display, 4GB of RAM by default (as I said, one configuration has a huge 6GB of RAM), 32GB or 64GB of flash memory, support for Qualcomm QuickCharge 3.0, and Qualcomm’s Snapdragon 820 chip. The phone’s camera uses a Sony sensor that brings what look to be great 21MP images and supports optical image stabilization.

While I can’t comment on the software experience (as my time with the phone was very limited), I’m really liking what I’ve seen so far. It’s definitely not vanilla Android and the skin isn’t much better than what we get from other Chinese OEMs like Huawei, but everything (as you can see in the below video) runs smoothly without much hiccup. Sadly there’s no word on United States availability yet on any of these phones, but if the company manages to introduce this device stateside at a similar price point (starting at just $324), I can see it being a pretty big hit.