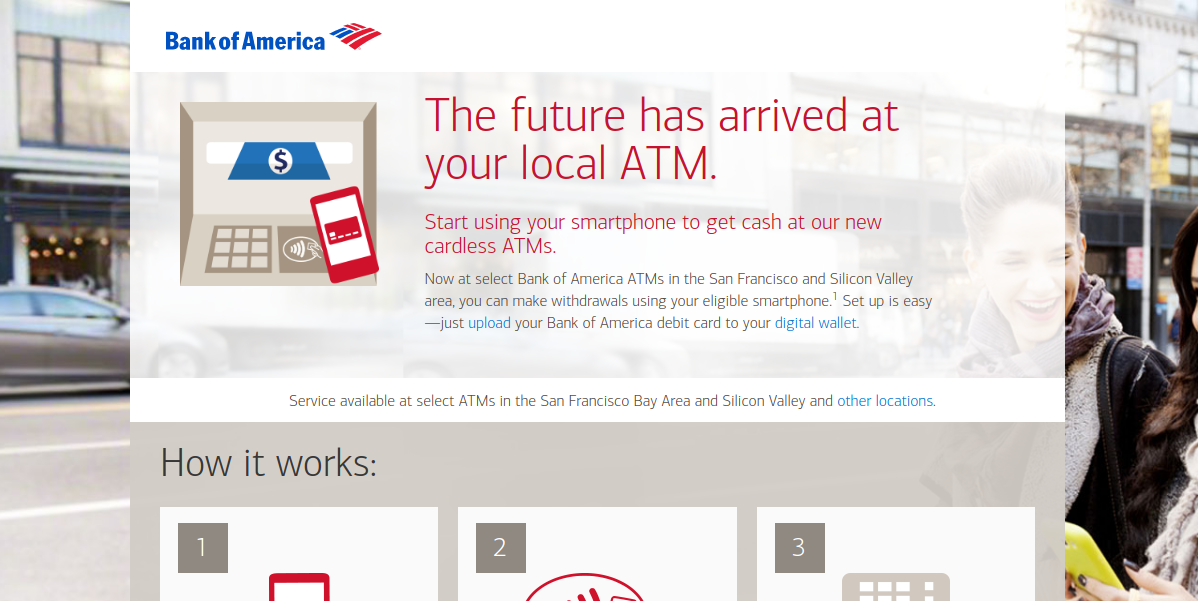 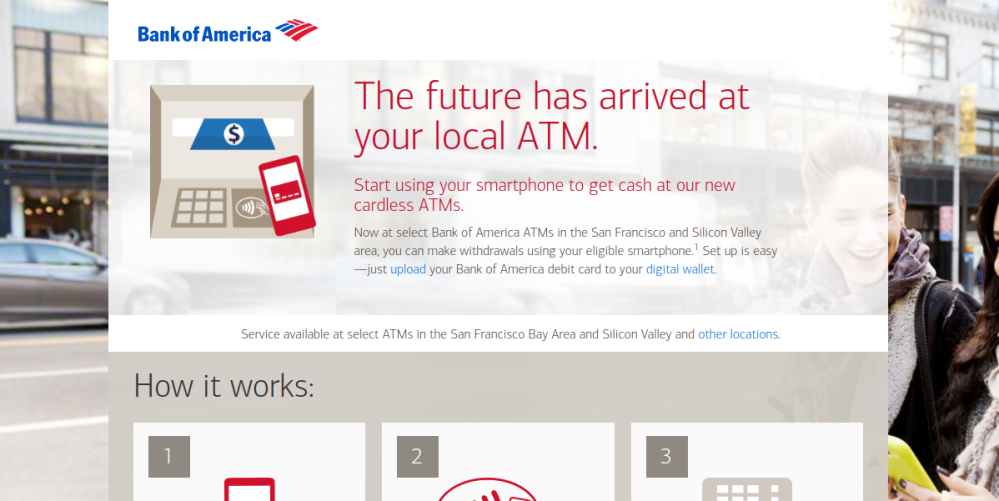 Earlier today, Android Pay finally launched in the UK. At an I/O session this afternoon, Google announced new features for its contactless payment solution and the ability to use a phone to withdraw money from Bank of America ATMs.

Bank of America has been testing this feature in select Boston, Charlotte, New York, San Francisco, and SIlicon Valley ATMs since earlier this year. As part of the initial rollout, 2,400 ATMs will get support for the cardless technology this month. Most ATMs in the San Francisco Bay and Silicon Valley areas will be upgraded with BofA targeting 5,000 ATMs by the end of the year. Customers will be able to identify cardless-enabled ATMs by the contactless symbol near the card reader.

After selecting an eligible Bank of America debit card in Android Pay, users have to wave their phones near a sensor and enter their pin. The process is not all too different and users will be able to withdraw cash, make transfers, and check balances.

As part of Android Instant Apps, users can use Pay to complete a transaction on mobile. Google wants to extend Android Pay purchases to mobile websites with a new web API being developed by the Chrome team. Once finished, the PaymentRequest API will be standardized and work in all browsers.

Lastly, users can now easily add offers, loyalty cards, and gift cards in the Android Pay app from an email, SMS, or push notification. Store developers will also be able to enroll users into a rewards program right from the Pay app thanks to an updated API.