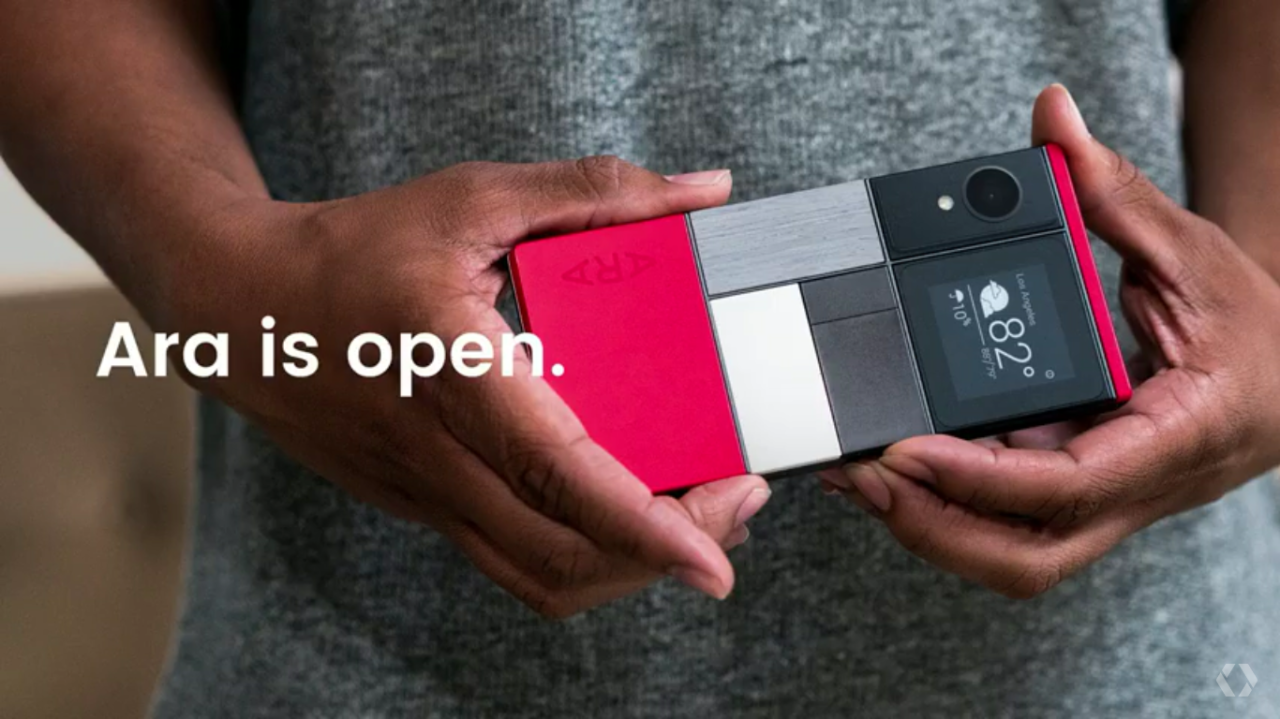 After a long wait, Project Ara is now closer to real product with a consumer product finally coming next year. In addition to a new developer kit launching this year, ATAP announced many partnerships with companies to make modules. Google believes that Ara will be the future of computing and is now its own division.

The new development device maximizes the space of modules by fitting a lot more into the frame. There are six generic slots that are compatible with any module and support any functionality.  Modules are designed to be future proofed and will work with all future frames.

Inserting a module is as simple as plug and play. After plugging in a camera module, users can immediately take a picture. No reboot is required. It can be removed by saying “Ok, Google. Eject the camera” or doing it through an app.

Modules include speakers, high resolution cameras, and expendable storage. Modules have different finishes, materials and colors for personalization. Others include secondary displays and a glucose sensor for those with diabetes. Partners include Samsung, Sony Pictures Home Entertainment, E-Ink, Toshiba, Harmon, iHealth, and more.