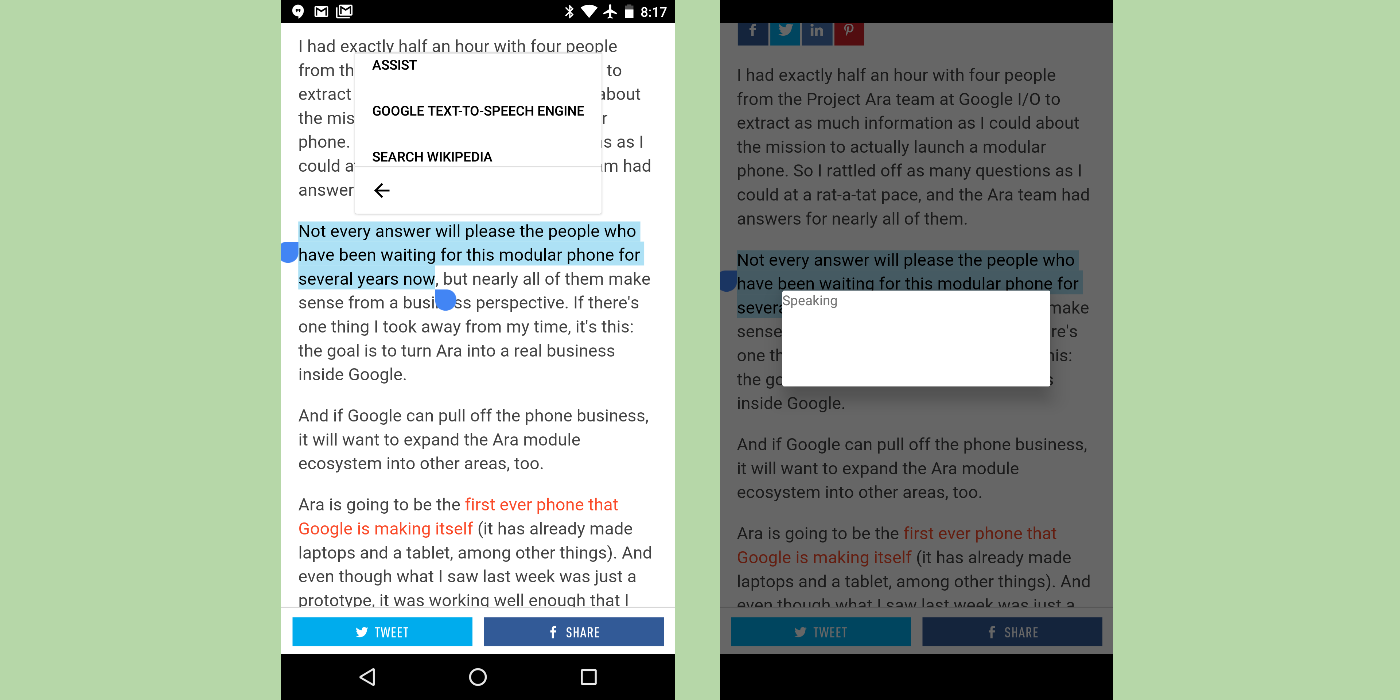 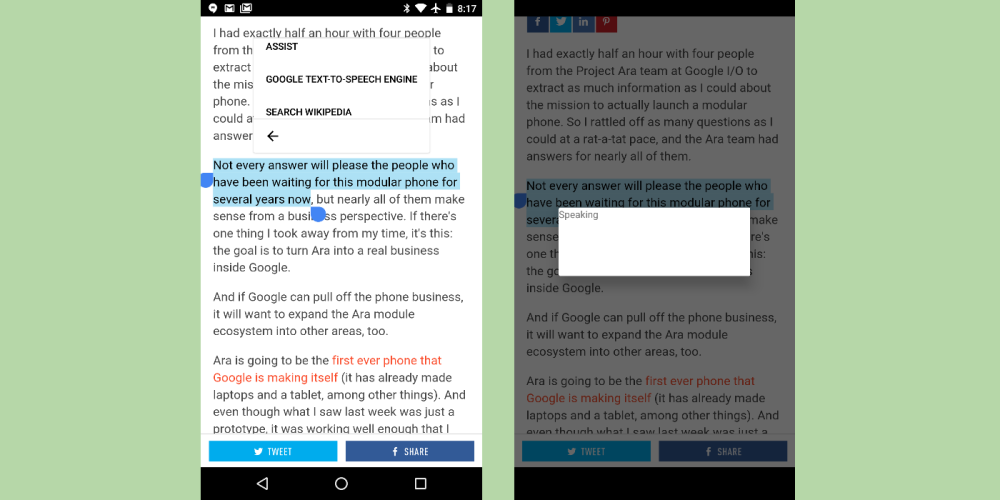 The last update to Google Text-to-speech on Android added male and female voices for multiple languages. With version 3.9.6 from the Android N Developer Preview 3 (via Android Police), users on Marshmallow and above can highlight any piece of text and have it read aloud to them.

Android Marshmallow added a floating toolbar that allowed developers to add apps and functionality in the overflow menu. Google Translate, Wikipedia, and Now on Tap have taken advantage of this feature to allow for quick searches without needing to copy and paste text.

The latest version of the app adds a “Google Text-to-speech engine” that allows users to highlight text they want read back. Selecting the option will bring up a box that simply says speaking. Unfortunately, the audio does play in the background and immediately ends when you close the app. There is also no way to pause and resume speech. To change the speech rate, languages, and voice sets, users have to go to Settings > Language & input > Text-to-speech-output.

Previously, developers had to build text-to-speech into their apps, but now it is accessible system-wide. Hopefully, future updates will add more controls to the box and let users change the voice and speed up the speech rate without having to go into Settings.