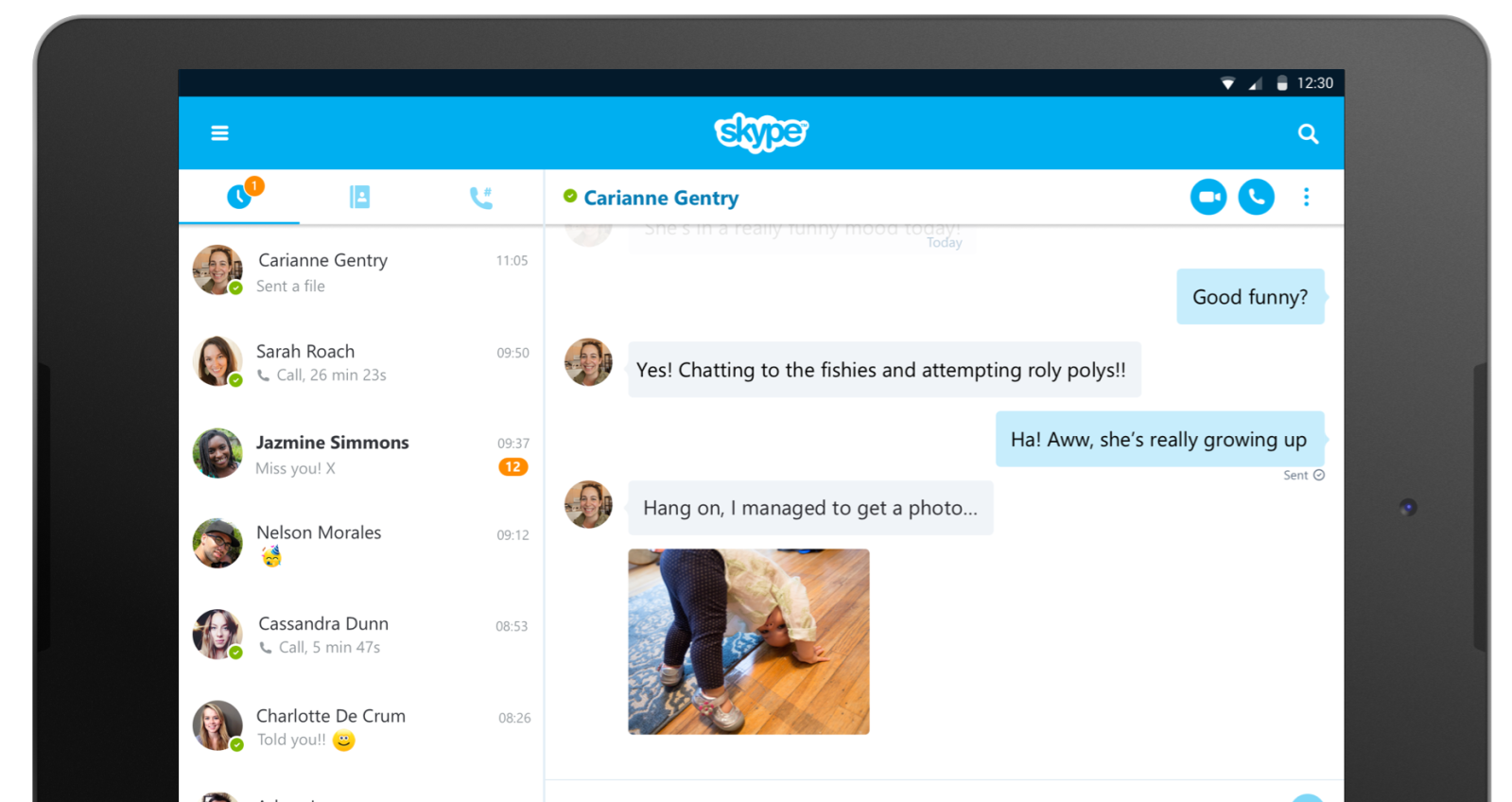 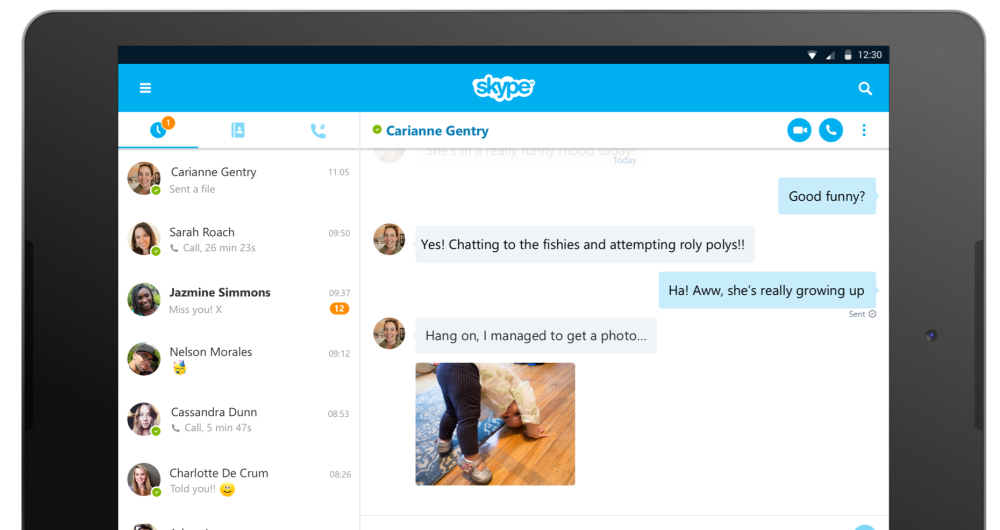 A major update to Skype last year introduced a Material redesign for phones and made the app feel more native to Android. Rolling out now, version 7.0 brings Material Design to Android tablets with a redesigned interface for devices with larger screens. Besides a FAB, the update also brings a multi-pane view, powerful search, and more to what’s usually an under developed area on Android.

Redesigned from the ground up, Skype 7.0 has a number of Material Design inspired elements. A floating action button on the conversation list allows users to send messages and start voice and video calls right form the main screen of the app.

The tablet redesign is most seen in landscape orientation. A new multi-pane view shows a list of conversations on the left and a messaging thread to the right for fast multitasking.

Version 7.0 adds an improved universal search to Android tablets that can sift through chats, groups, contacts, and recently added bots. Search can be accessed via an icon on the top right corner and results are shown on the main view of the app.

This version will also surface all contacts from a device’s address book right in the app for easier invite. It is rolling out now and a great update for those who use Android tablets and especially when Android apps arrive on Chromebooks later this year.