We’re only a couple short weeks away from the official announcement of the OnePlus 3, but that hasn’t stopped an early listing on Oppomart from showing us everything we need to know about the device.

The new listing shows off the same design we’ve seen leaked in recent weeks with an all-metal design, front facing fingerprint sensor, and USB C port. The listing further confirms that the device will have a 5.5″ 1080p display yet again along with an updated version of Oxygen OS based on Android 6.0 Marshmallow. 16MP/8MP cameras will also be found on the device.

We also get confirmation of the Snapdragon 820 processor and multiple storage and RAM variants. 4GB and 6GB variants will be available with either 32GB, 64GB, or 128GB of storage. Rumor has it there will be four variants of the device so odds are we’ll see 32GB/4GB, 64GB/4GB, 64GB/6GB, and 128GB/6GB variants. The listing also shows a 3,650 mAh battery with quick charging.

Apparently, pricing will start at $369, but it’s unclear how high it will go. 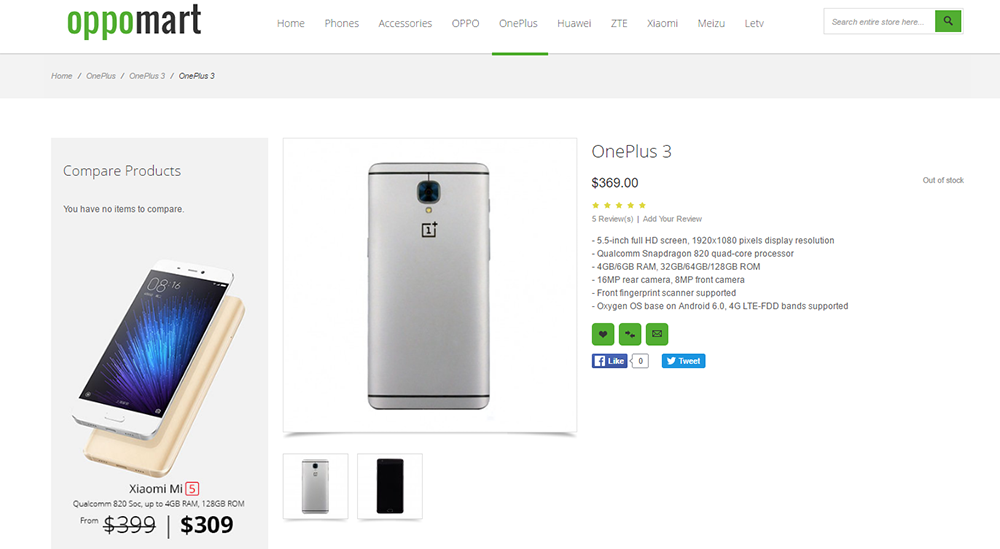 OnePlus is set to debut the OnePlus 3 on June 14th at 12:30 EST (9:30 AM PDT) via a VR event. The phone will be going on sale that same day, this time without the invitation system in place.