Google has already partnered with several banks in the area including DBS, OCBC Bank, POSB, Standard Chartered Bank and UOB. Both MasterCard and Visa cards from those banks will be supported as well.

As far as accepting payments via Android Pay, Google has also revealed that several retail locations in the country such as 7-11, StarHub, BreadTalk, Cold Storage, McDonald’s, Toast Box, Uniqlo, Watsons, and NTUC FairPrice will all accept NFC payments via Android Pay. Loyalty cards and programs in the region will also be available as well as in-app payments though apps such as Uber, Singapore Airlines, Peatix, Shopee, and more. 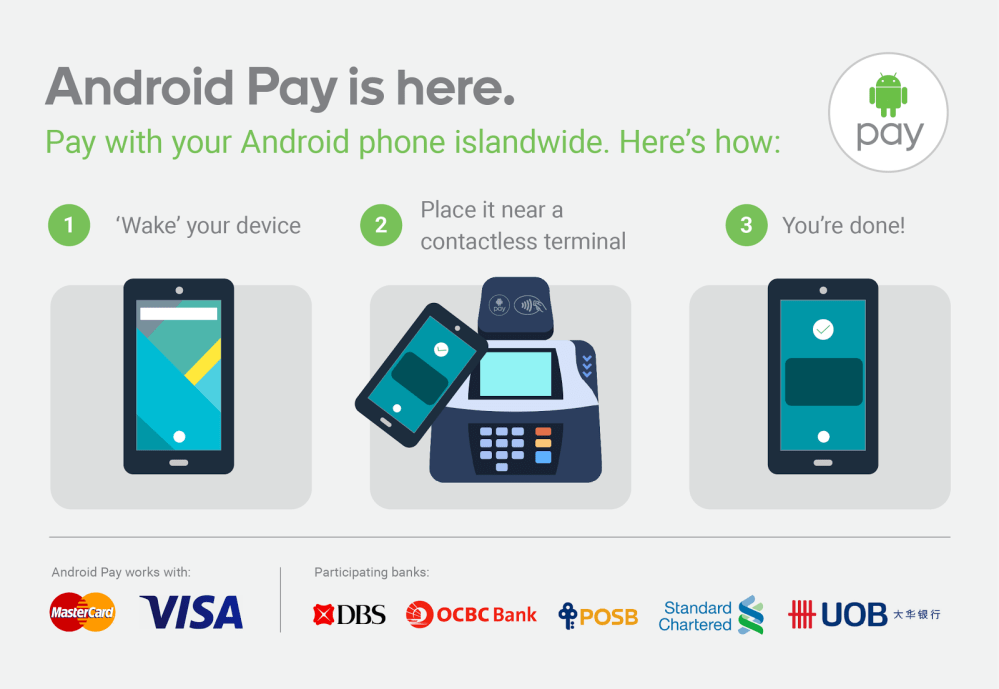 While Singapore is the first country to get Android Pay in Asia, Google has said it won’t be the last. More countries will get Pay soon, but they’ve yet to confirm who or when.