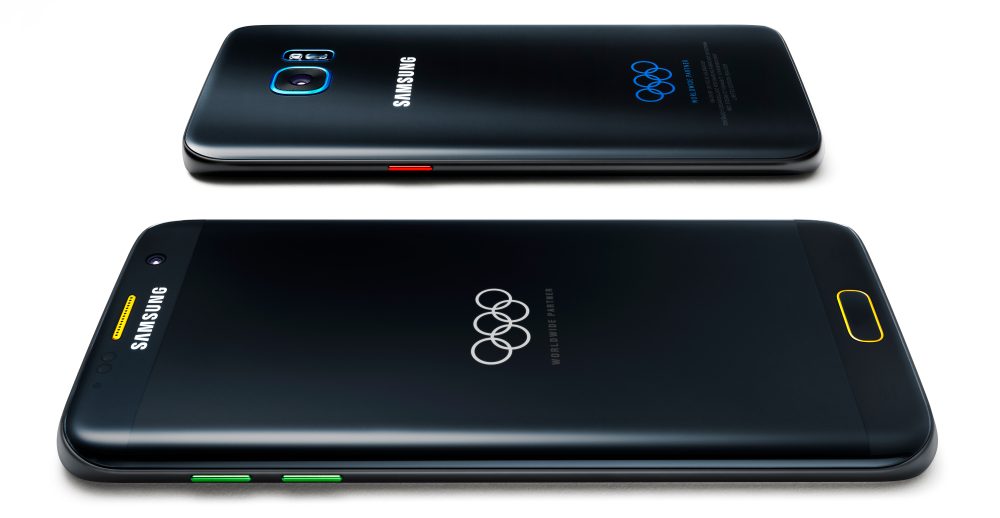 As per the press release:

In collaboration with the International Olympic Committee (IOC), Samsung will deliver 12,500 Galaxy S7 edge Olympic Games Limited Edition and Gear IconX to all Rio 2016 Olympians, helping them to enhance their experiences in Rio and communicate with family and friends around the world more conveniently.

Samsung says that every Rio 2016 olympian will be receiving one of these Olympic-themed phones alongside a Gear IconX. The phone’s UI “in the home and lock screens as well as the message, dial and contact screens and notification bar” will all be themed with the Olympic colors, and of course the external appearance of the phone has been tweaked as well as you can see.

Exactly 2,016 of these functionally-identical-to-the-S7-edge phones will be available in selected countries “including Brazil, the United States, China, Germany and Korea,” according to Sammy. These will become available starting July 18th. Samsung also mentioned that it helped develop the Rio 2016 app, and that it’s available for fans and olympians alike on the various app stores.

We’ll let you know as soon as we get the details if you’re interested in getting your hands on one of the Best Buy-exclusive Olympic Games Edition phones, but for now, check out the below video and gallery.