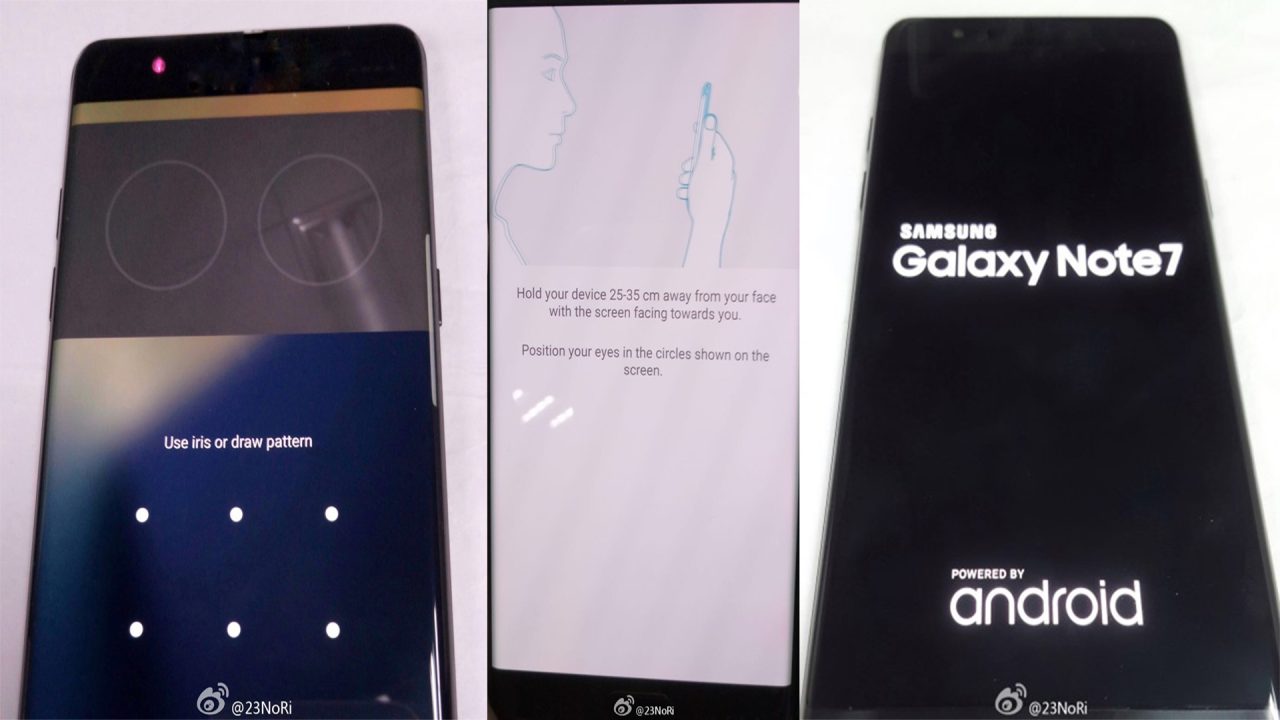 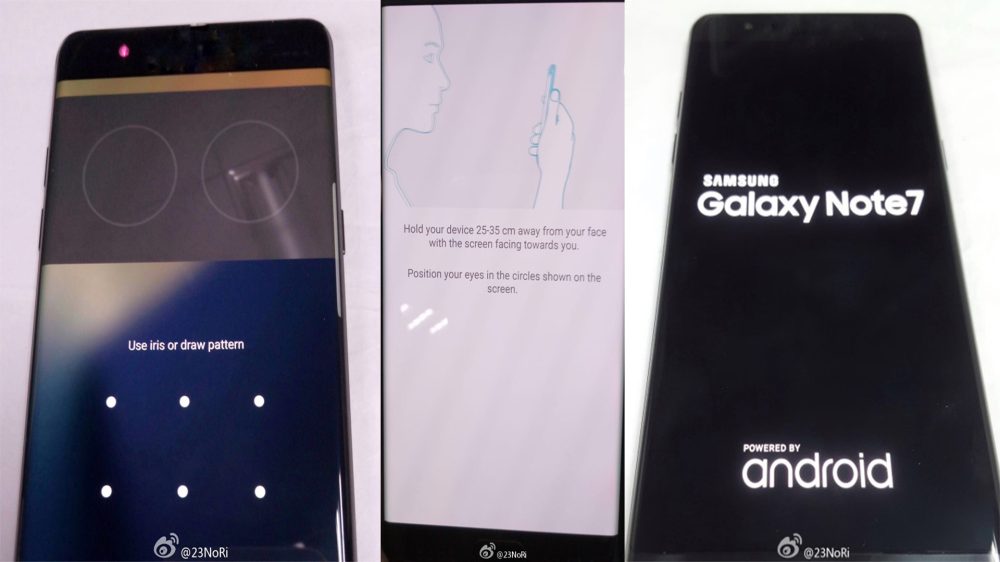 The Galaxy Note 7 could easily be the most leaked device of all time; in the past weeks and months, we’ve come to know seemingly everything that Samsung managed to pack in this beast of a device, and yet more leaks keep coming.

The much rumored iris scanner has been “confirmed” a number of times already, but this could be our best look at it yet…

Well, scrap that; it is our best look at it, as what you are seeing is not just the presence of a special lens to enable the technology, but rather a series of shots portraying the feature being used on an actual Note 7, once again courtesy of Weibo (via SamMobile).

For one, we can clearly see that the device is indeed Samsung’s soon-to-be-unveiled next phablet (dual edge display and everything), while the other additional images give us a little insight into the actual application. We speculated about its potential usage, and the first thing coming to mind was indeed security; despite the presence of a (fast and reliable, if the Galaxy S7 is of any indication) fingerprint reader, the iris scanner will be used as an additional layer to keep snoopers away from your phone.

The caption in the screenshot clearly says “use iris or draw pattern”, making us wonder whether fingerprint and iris scanning will coexist or if it will be one or the other. In any case, the upper part of the screen will activate the front camera, and two circles will let you center your eyes in them and have your retinas scanned to unlock the handset.

To make sure that it works, however, Samsung recommends that the phone is kept at approximately an arm’s length (somewhere between 25 and 35cm away from your eyes), and of course facing towards you. It shouldn’t be much different from what we saw with Microsoft‘s latest Lumia flagships; we just hope it will actually prove to be something convenient (as in, consistently fast and reliable, like the fingerprint reader) — if not used for more things — other than just fancy tech.