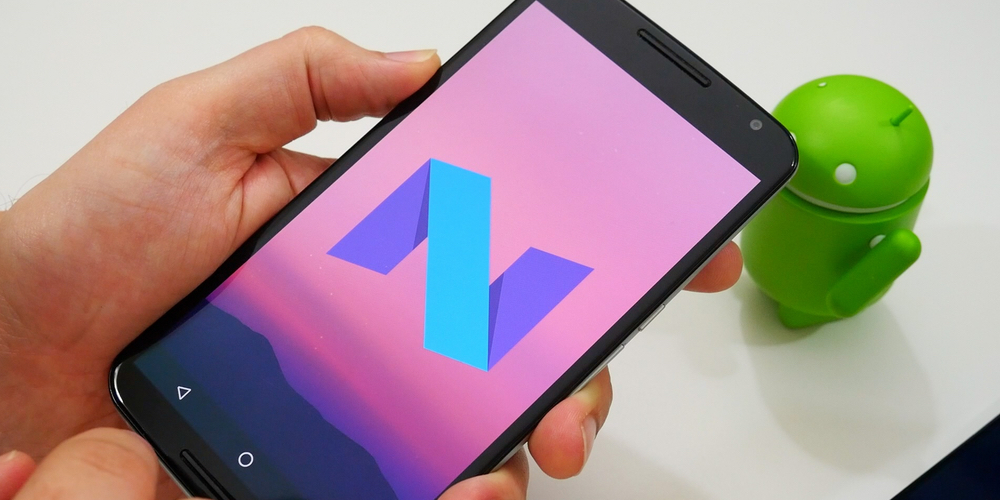 With today’s release of Developer Preview 5, Android Nougat nears its summer launch. Aimed at developers making and updating apps to be compatible with Android 7.0’s many new features, it features near-final system images for Nexus devices, Pixel C, and Android One.

Those who have already enrolled in the Android Beta Program will get an OTA update soon, but if you’re impatient you can download new factory images right now. Keep reading for our complete list of all the changes in Developer Preview 5…

According to Google, this update contains the latest system behaviors and UI, as well as the latest bug fixes and optimizations across the system and in preinstalled apps.

With the Nougat name and Android version now official, DP5 features an updated Easter Egg. On the Easter Egg screen, tapping the ‘N’ will cycle through a series of emoji. Additionally, the ‘N’ drops the purple-blue colors for a more faded beige that matches the color of nougat bars.

In DP4, tapping the Quick Settings toggles for Wi-Fi and Bluetooth would immediately open up a picker to choose a network or device. Fortunately, this is behavior is fixed with DP5 and pressing either of those toggles will turn on/off the corresponding setting.

In DP5, Google Camera is updated to version 4.1 (from 3.2) and adds a bunch of new features. When tapped, the Timer/HDR/Flash toggles expand to show buttons that stretch the width of the display and are therefore easier to press.

There is also a new zoom-in animation when tapping to view previously taken photos. The camera roll itself sees a few interface tweaks with the Google Photos icon being replaced by an ‘All Photos’ button. Additionally, there is a new spinner to signify when an HDR photo is being processed.

Settings received a slight redesign that makes it quicker to change options by placing everything in the main screen rather than having to first dig into other menus. Users will find the new ability to choose the action of the volume key. By default, it is set to act as a shutter button, but it can also be changed to zoom or remain as volume controls. Added in DP3, the option to show manual exposure controls has been removed.

App Info now lists how an app was installed

Scrolling to the bottom of App Info in DP5 lists whether an app was installed from the Play Store, a third-party app store, or sideloaded through the Package Installer (via AP).