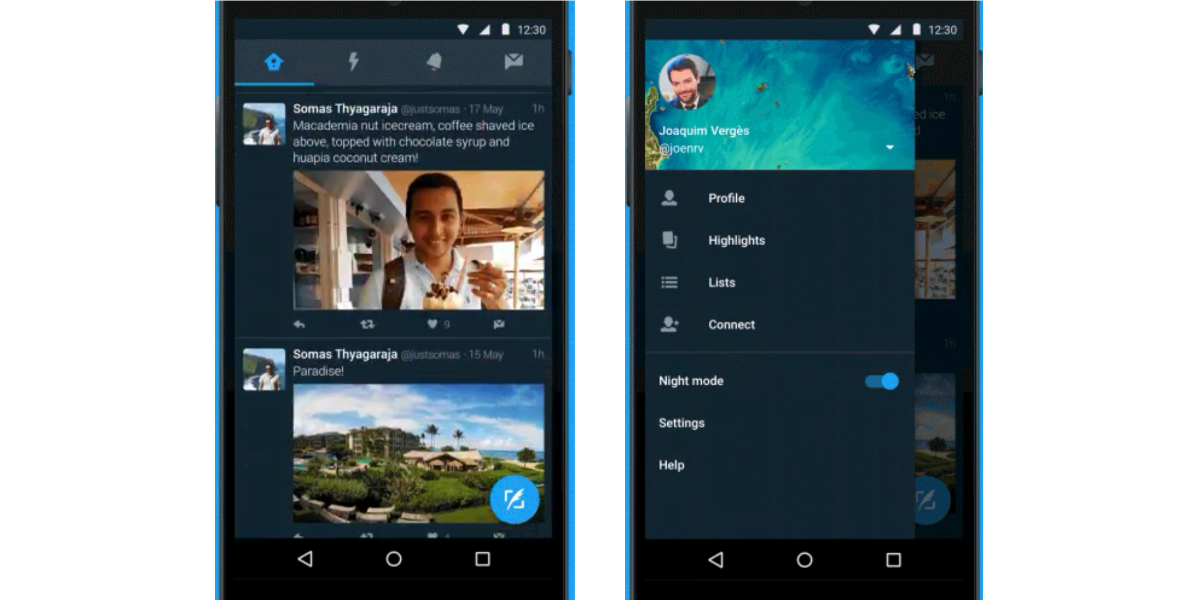 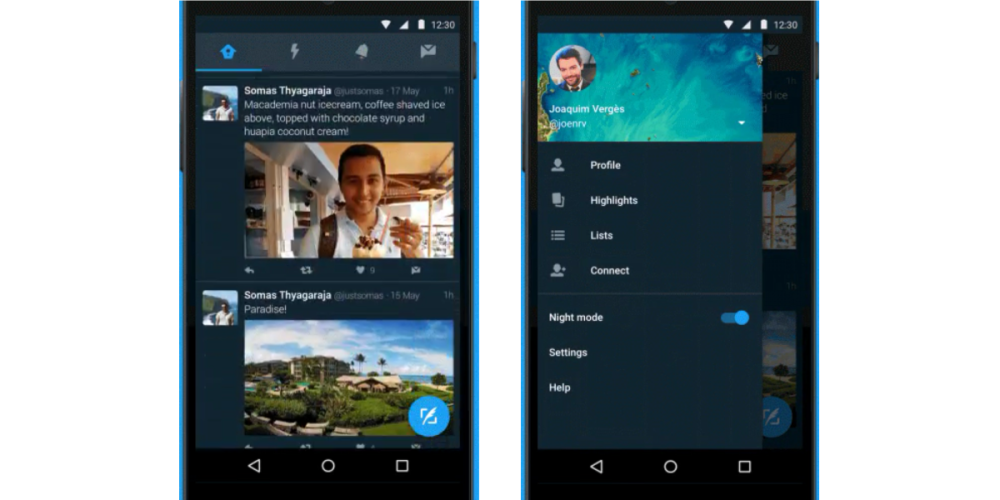 The official Twitter client on all platforms has predominately had a very bright theme. While white and blue are the company’s color scheme, it often makes it a hassle to read tweets at night. After a Material redesign of the Android client last month, Twitter is now updating its Android app with a night mode…

After a long A/B testing period with a select group of users, the night mode is now rolling out to all users. It is activated through a toggle in the navigation menu and has the same shade of dark blue as the night mode in the official Mac app. The dark theme applies to every aspect of the app including the compose screen and settings.

There’s a system feature that allows developers to switch themes depending on the time of day, but unfortunately Twitter’s night mode isn’t using it. And that’s unfortunate, because the feature is part of the Android Support Library, meaning devices as far back as Ice Cream Sandwich would have access to automatic switching.  It appeared that Twitter was using this approach during the A/B test, so hopefully we’ll see it added later.

The night mode feature is still rolling out server side and not everybody has received it yet. Presumably, the feature will also make its way to the iOS client in the near future.