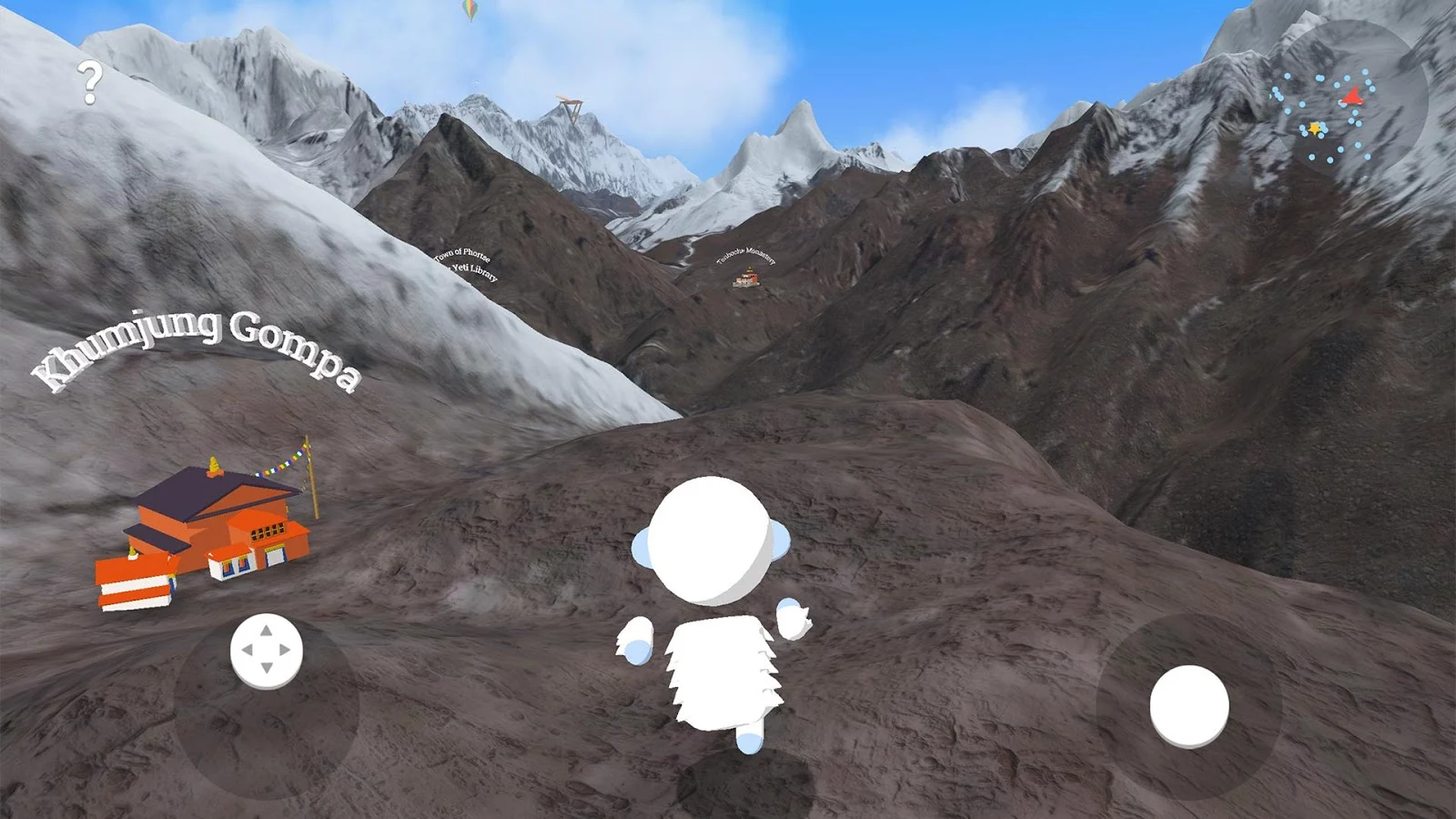 Google’s mapping software is the most powerful in the world, and one of its biggest strengths is in 3D imagery. Over the years Google has amassed 3D imagery around the world for a number of locations, and with a new app it’s putting that technology to use in a fun new game for kids.

Verne: The Himalayas, is a new game for children which takes a detailed 3D render of the Himalayas and allows kids to explore the area as a friendly, 500-ft tall Yeti named Verne. The apps lets kids walk around as Verne as they run up the peaks of this massive mountain range, even walking up the world’s tallest mountain, Mt. Everest. The game also educates kids by offering up bits of information about the Himalayas as well as riding on a jetpack.

For years, Google Maps has been adding 3D imagery from all over the world – New York City, the Grand Canyon, Mont Blanc, and more. A few of us started wondering if this 3D imagery could make learning about the world a bit more fun for kids. We started playing with quick prototypes, and even brainstormed with our own kids to get inspired by their sense of curiosity. Our idea became a new, experimental app called Verne: The Himalayas. It invites you to explore the Himalayas as a 500 foot Yeti named Verne. You can run up Mt. Everest, chase yaks, discover bits of information, ride a jetpack, play Himalayan instruments, and more.

The app is available now as a free download on Google Play.