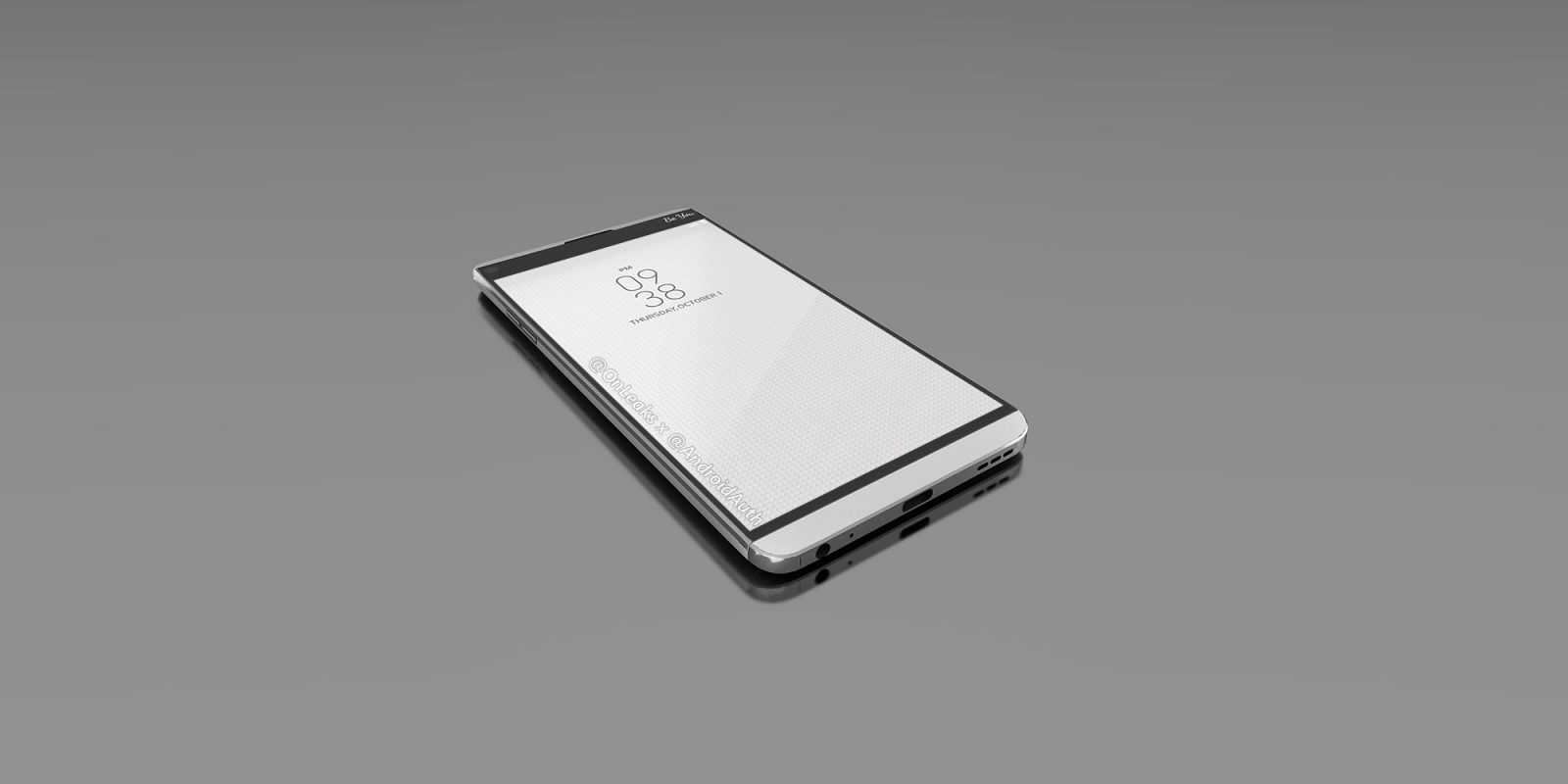 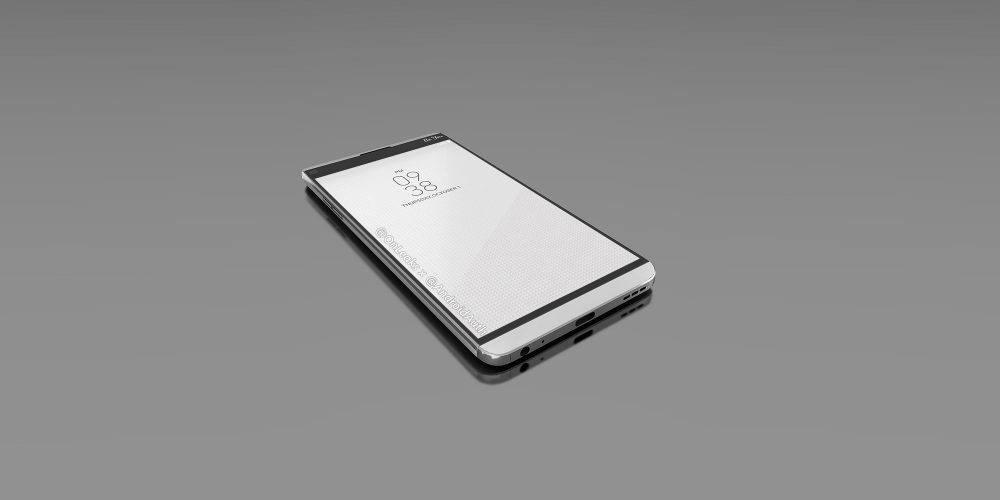 With Samsung starting the dance of the numerous handsets to be unveiled until the Christmas holidays period, we are beginning to gather more information regarding a series of other devices landing on the stores’ shelves in the coming weeks and months.

Today is LG‘s turn, as Android Authority and Steve Hemmerstoffer — better known for his Twitter handle @OnLeaks — managed to obtain some interesting renders of the company’s upcoming V20 flagship…

If LG’s G5 hasn’t caught your attention — be it for its uninspired design or seemingly failed attempt at modularity — there might still be a chance for the Korean company to make you prick up your ears. If anything, despite sharing some aesthetic similarities with its slightly older sibling, the V20 does manage to at least look interestingly distinctive.

For one, the combination of a very noticeable camera hump, minimal bezels and the presence of a second screen make the V20 almost instantly recognizable — granted, were these images to represent the actual device. So let’s start with that hump: it’s huge. The report claims that the V20 should be 7.7mm thick, but still measure in at 8.8mm when including the camera.

How much of the G5’s dual camera setup is going to be brought here is unclear, but we would expect a camera that does not disappoint in terms of overall performance; hopefully the second eye will be utilized to add more features. Beneath that is LG’s signature sleep/wake button, which should embed a fingerprint reader.

Much like on the G5, however, the volume rocker has been reallocated to the phone’s side, where a second button lies, too. As AA puts it, said button “looks suspiciously like the module release button on the G5″, a statement we agree with, especially considering that the bottom of the phone looks remarkably like the G5’s chin, suggesting that LG’s Friends may very well make a comeback.

As far as specs go, however, we are still a bit in the dark, although we would expect the phone to use either a Snapdragon 820 or 821 as SoC (with no less than 4GB of RAM), and a 5.6-5.7” panel with QHD resolution — not to mention Android Nougat out of the box, making the V20 the first non-Nexus device to boast such a feature.

LG is set to unveil the device a little less than a month from now in San Francisco, so mark your calendars.