Just like the S7/edge, Samsung’s new Note 7 is barely repairable 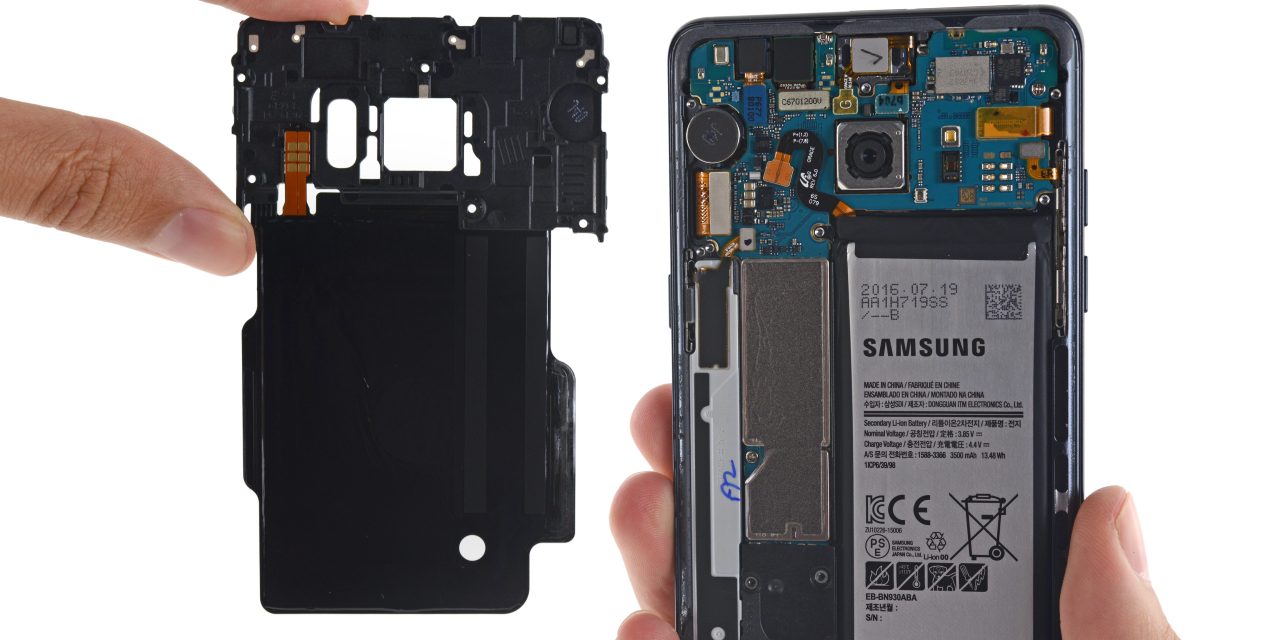 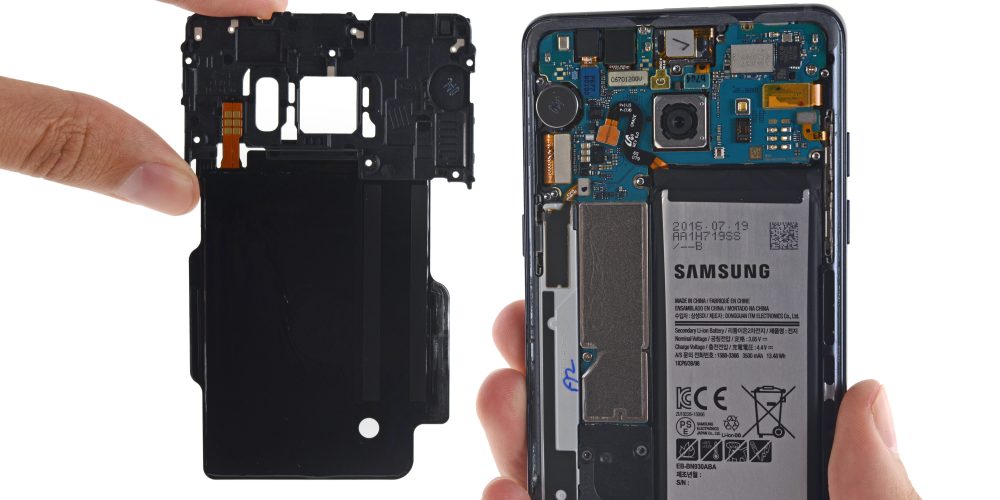 With the new Galaxy Note 7, Samsung built on top of the earlier success it had with the Galaxy S7 and S7 Edge. An iFixit teardown of the phablet reveals many of the same internal components as the S7 and even slight improvements in repairability.

Like the S7, many components are modular and can therefore be replaced independently. Improved cable routing means that common failure points like the USB-C port board can be removed without disassembling the display. However, opening the device in the first place is a hassle due to the glass rear attached with strong adhesive.

Once the back plate is removed, Phillips screws hold down many of the components. The 13.48 Wh 3500 mAh battery is slightly less powerful than the 13.86 Wh one found on the S7 Edge. While the battery can be removed without first removing the motherboard, more adhesive makes replacement challenging.

The Note 7 uses the same Sony IMX260 rear camera, flash memory, and a newer generation OIS-gyroscope found on the Edge. iFixit also notes that others chipsets are nearly identical to the ones found on the regular Galaxy S7. A liquid cooled copper heat dispersal is also used.

This year’s S Pen takes advantage of the mid-cycle design revamp made on the Note 5 to insure inserting the stylus the wrong way would not break the component. Gaskets are found everywhere from the buttons, ports, silos, and even some internal components.

With a 4/10 repairability score, the Note 7 fairs just a point better than the Galaxy S7 and S7 Edge. It reaffirms the general decline in ease of repairs on Samsung devices.