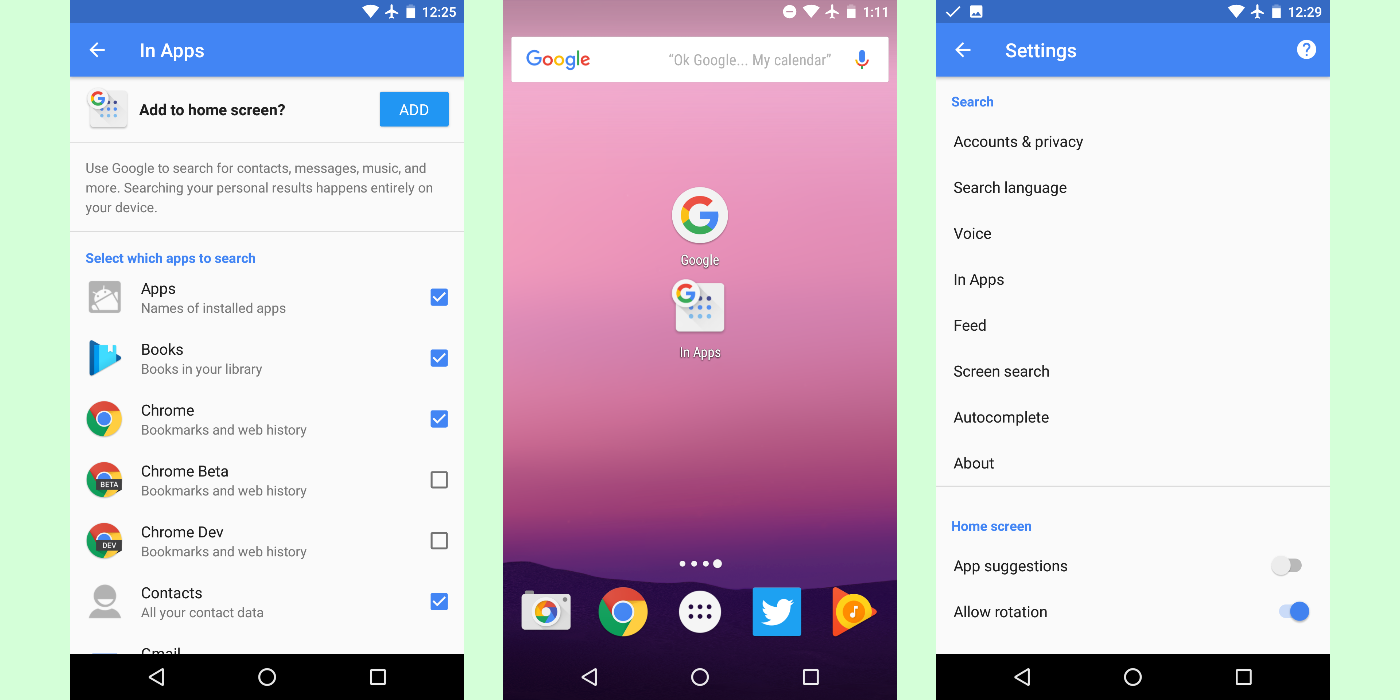 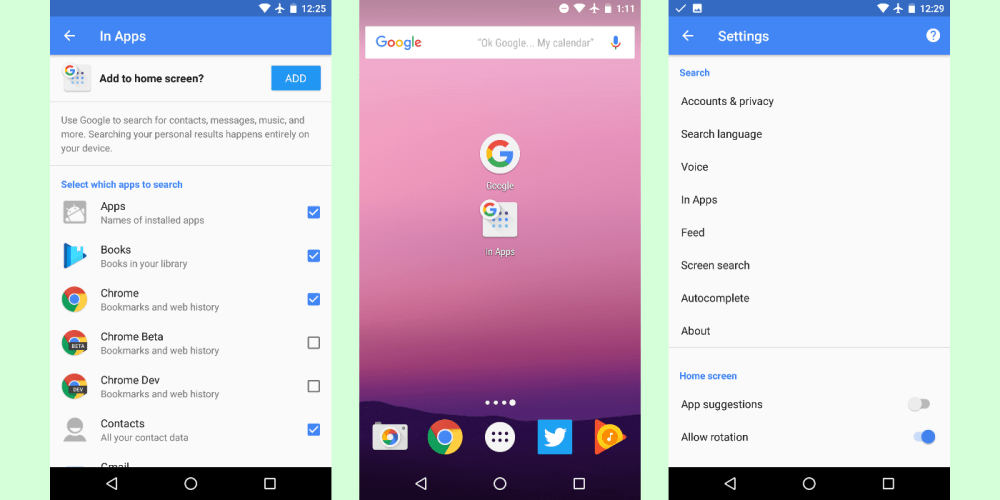 Introduced last month, Google’s “In Apps” mode allows you to quickly search installed apps. A dedicated shortcut — first available on the LG V20 — lets users directly jump into the mode from the homescreen. The latest Google app beta makes the shortcut available to all users and renames several major features, including Now on Tap.

In Apps remains mostly unchanged from when it was introduced in the previous version of the Google app. Apps like Google Keep have since been updated and now surface in the mode’s search results. Previously, users could only access In Apps by searching through the search bar and then navigating to the very right of the categories scroll bar.

All users can now add a shortcut to access In Apps directly from the homescreen. Navigating to Settings > In Apps shows an option at the very top to “Add to home screen.” The shortcut brings users to a stream with a search bar on top and a list of current and upcoming apps with snippets of useful content.

Version 6.5 of the Google app also renames a few major features. As reflected in Settings, Now Cards have been renamed to Feed, while Now on Tap is “Screen search.”

The latter change is likely a reflection of how Android Marshmallow’s headlining feature, despite several updates in the past year, goes mostly unused. It is still triggered by tapping down on the home button, but the name is now more straightforward to the average user.