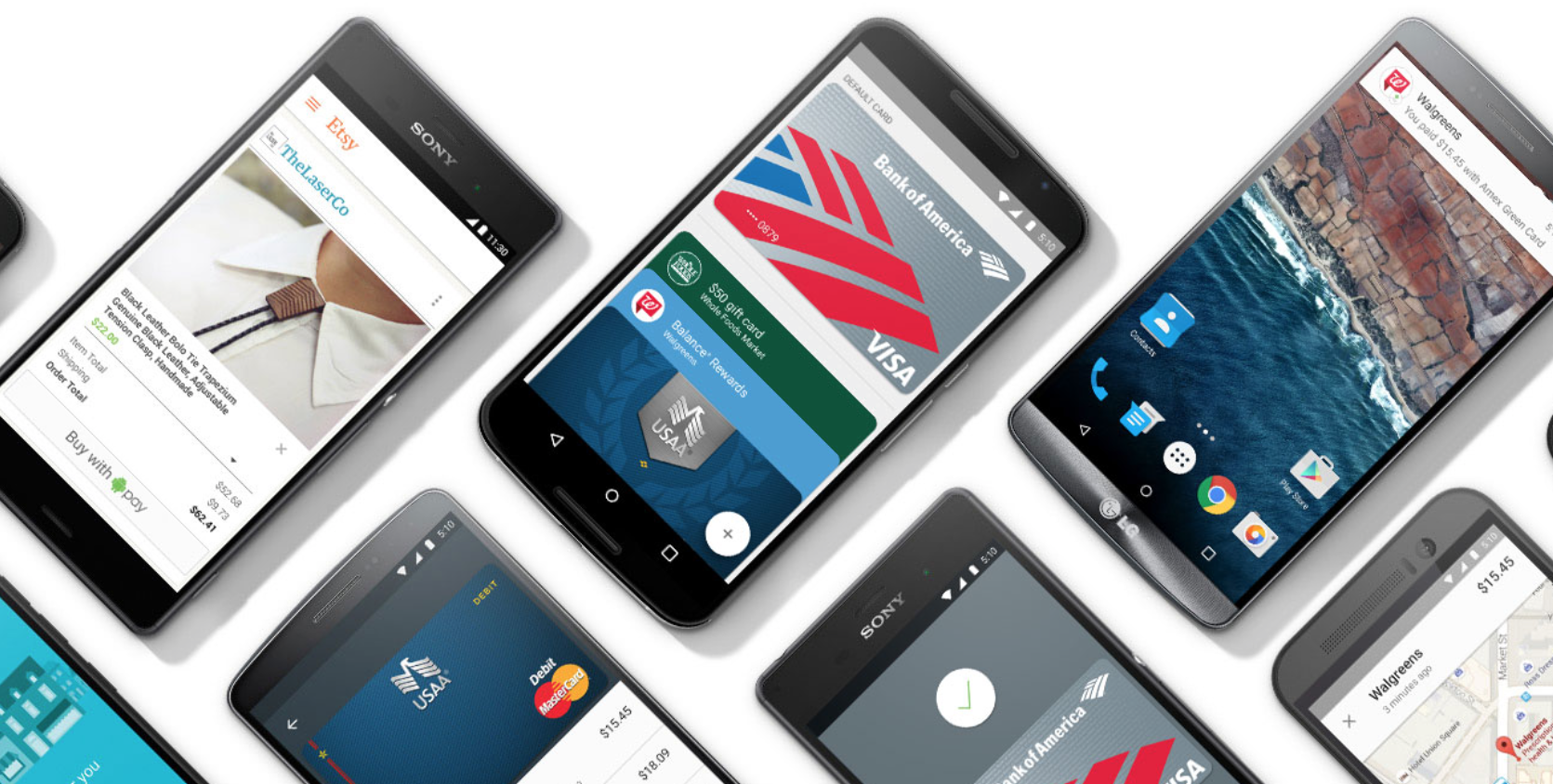 Google’s Android Pay mobile payment service has been decidedly more restrictive since day one, all in the name of security. How so? Android Pay has always relied on a connection with a supported bank, leaving many other users out of Google’s favor.

In the early stages though, many former Google Wallet users were able to bring any card they had in Wallet to Android Pay, even if it wasn’t with a supported bank. As Android Pay continues to add more banks, this functionality has become less important as more users have true support, but today Google has revealed via email that those “grandfathered” cards will no longer be supported starting on October 14th.

In the email, Google doesn’t cite a specific reason for this change, only stating that this was always going to be “limited time only”.

When we launched Android Pay, we wanted to make sure you could continue using this card since you used it to tap and pay with the old Google Wallet. However, we were only able to support this for a limited time. We’ll let you know if VISA‑XXXX can be used with Android Pay again in the future.

You can see Google’s full list of supported banks here, but if your bank isn’t listed, you’re unfortunately out of luck for the time being… 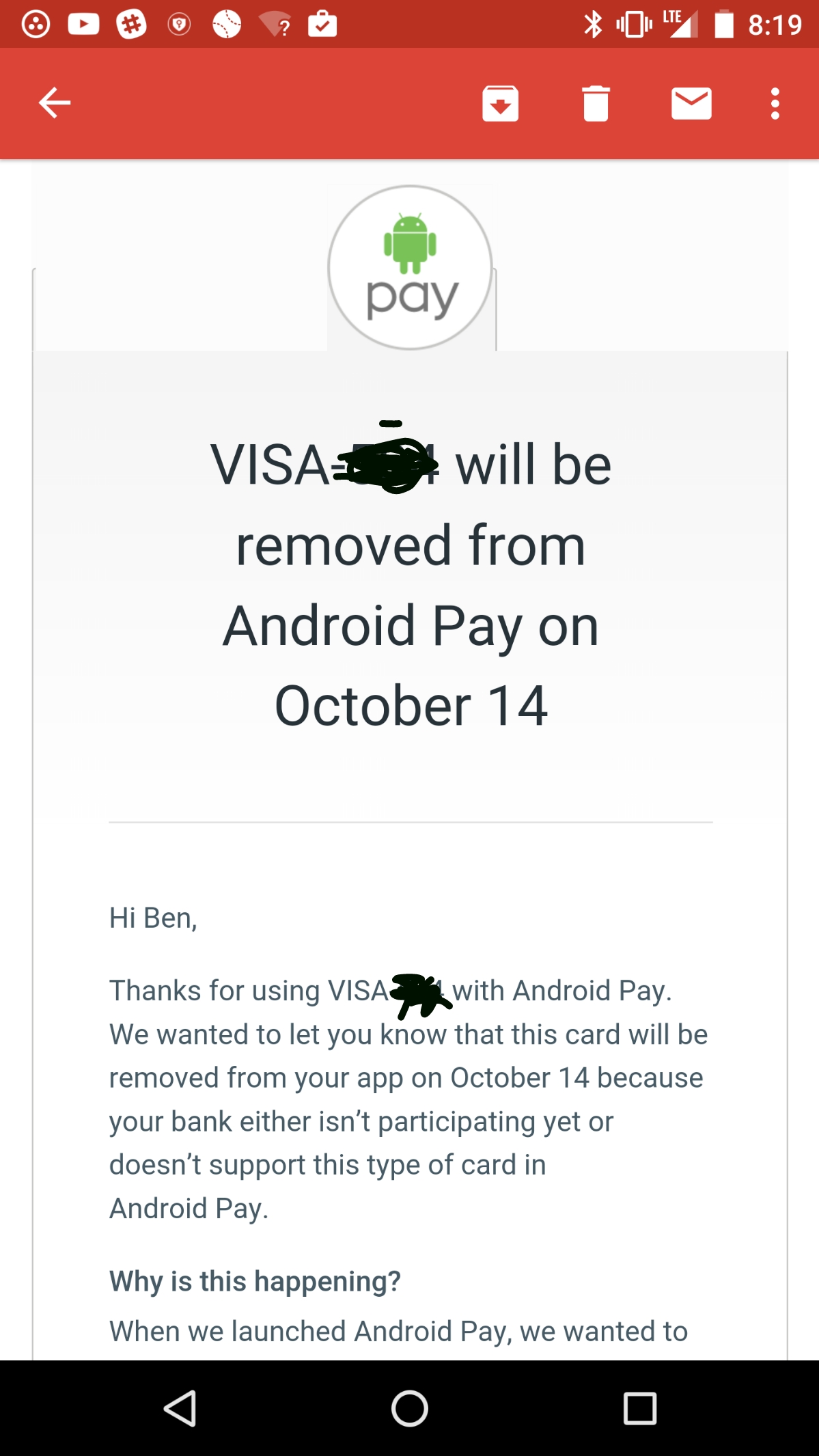