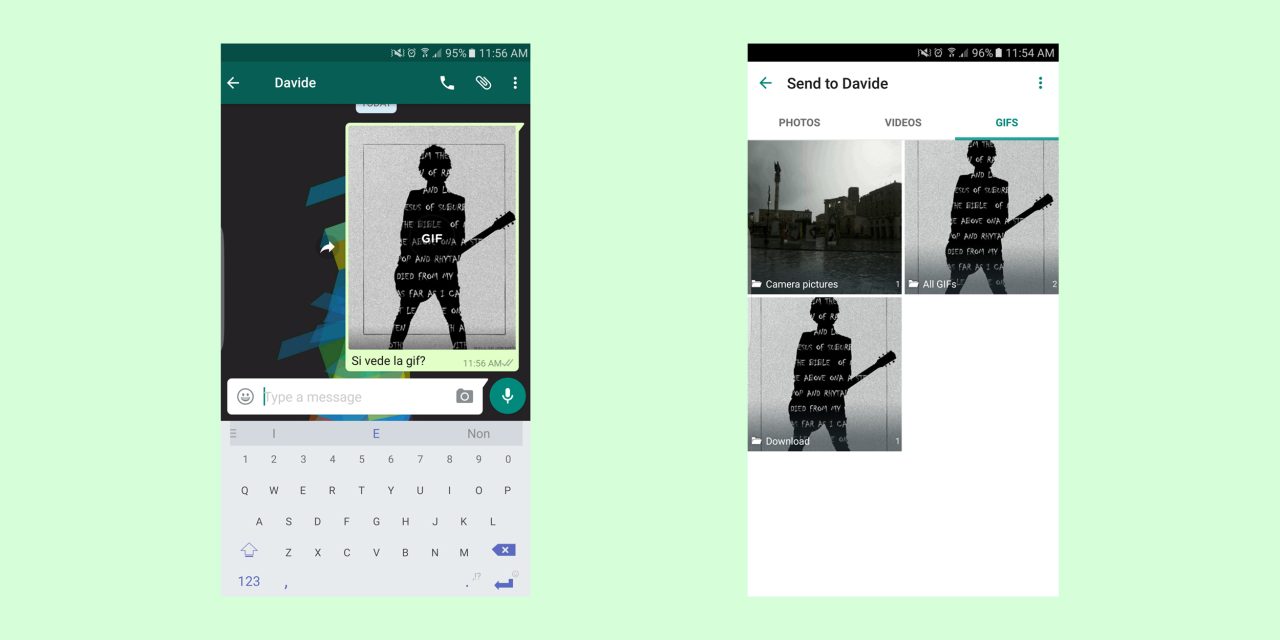 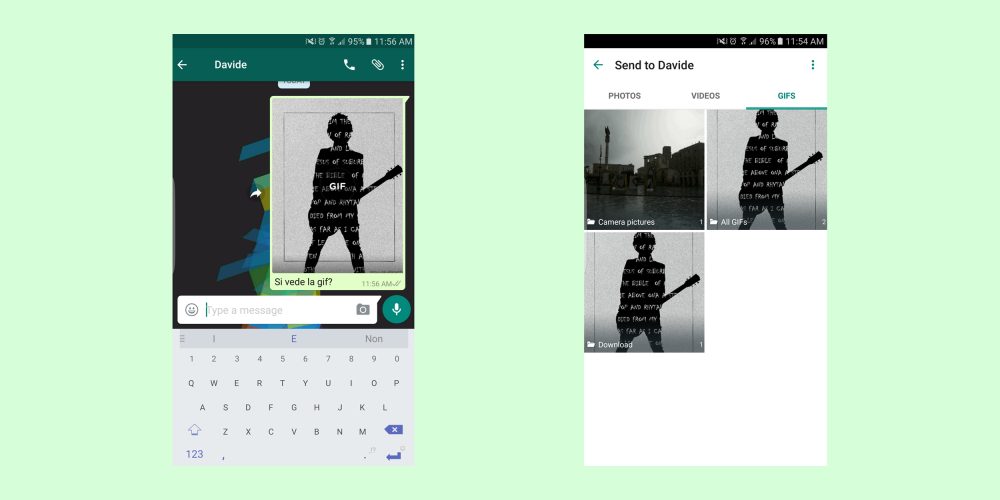 The war on messaging platforms is rampaging, with Google, Apple and Facebook all meticulously working on their apps to develop the one to rule them all — and Facebook’s own WhatsApp, a service particularly popular in places like Europe and South America, is today getting a long overdue update…

We just reported about the app’s new, Snapchat-borrowed ability to draw, write and attach stickers on top of images, but it looks like the team working on the app is adding yet another much requested feature.

As of version 2.16.293 of its beta, WhatsApp is (finally!) introducing an official way to send .gif files — beyond the videos-shorter-than-six-seconds conversion we saw back in August — which will now appear in a handy, separate tab within the existing “Gallery” submenu. As with standard images, you will be able to pick a GIF (but not more than one, as of now), preview it, add a caption to it and send it to whomever you want.

It’s also nice to see that GIFs can be seen within the chat window just by tapping on the big “GIF” button inside them, so without having to singularly zoom in and out of them at all times, as opposed to regular videos. GIFs you receive will be stored inside the “WhatsApp Animated Gifs” folder, so go look for them there if you use a file explorer.

While sending .gif files will require you to be on the latest beta — there’s no word about when it’ll go live on the stable channel yet — receiving them will let you see them just like normal even out of the beta channel; that may also be due to the fact that, actually, these .gif files are automatically converted by WhatsApp into mp4s, which however behave exactly like GIFs.

If you can’t wait on the official update’s arrival, we suggest that you head over to the Play Store and join the WhatsApp Beta program right here.