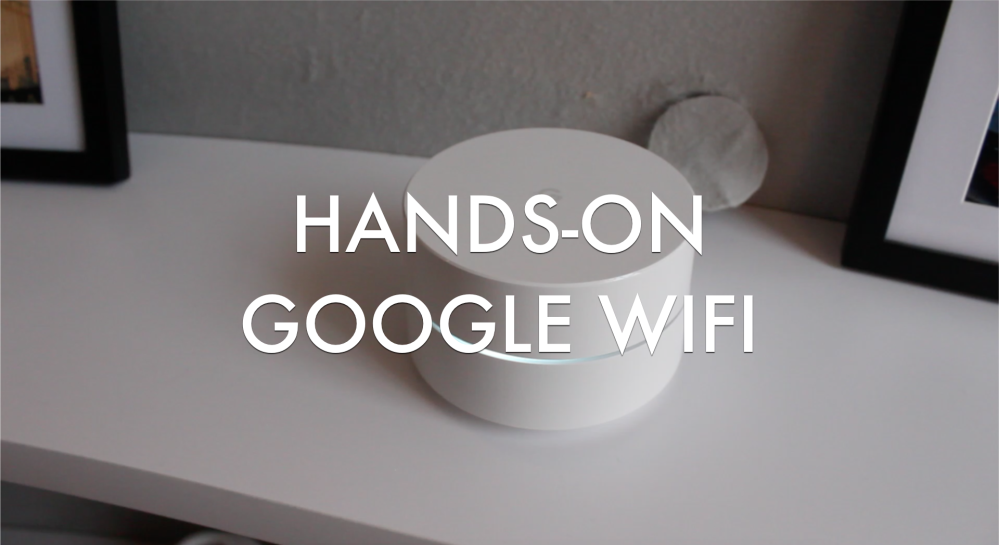 Google just announced Google Wifi, an appropriately-named WiFi router, which — among other things — lets you easily create a mesh network in your home, similar to Eero. It’s not necessarily an OnHub replacement, but rather gives you another cheaper option that is made by Google itself…

If you only buy one, it’s a decent bit cheaper than going with either of Google’s current OnHub offerings at $129, but the true selling point of this device will require more than one — so Google will be selling a bundle of three for $299. With three routers, you should be able to completely coat your 3,000+ square foot home with seamless and reliable WiFi connectivity.

But another thing to note here is that the Google Wifi is really compact, sleek, and attractive — enough so that you might be able to actually have it out in the open rather than under your desk in the corner of the room. It’s small — about half the size of the ASUS OnHub — and has a nice LED ring around the sides to show you that it’s online and working.

While we didn’t get to test them out, the Google Wifi will also inherit all the best features of the OnHub system. One Google rep told us that the router will indeed use the Google On app (although the Google Wifi landing page seems to refer to it as the Google Wifi app), and you’ll be able to do things like easily share your WiFi password and control your kids’ access to the internet.