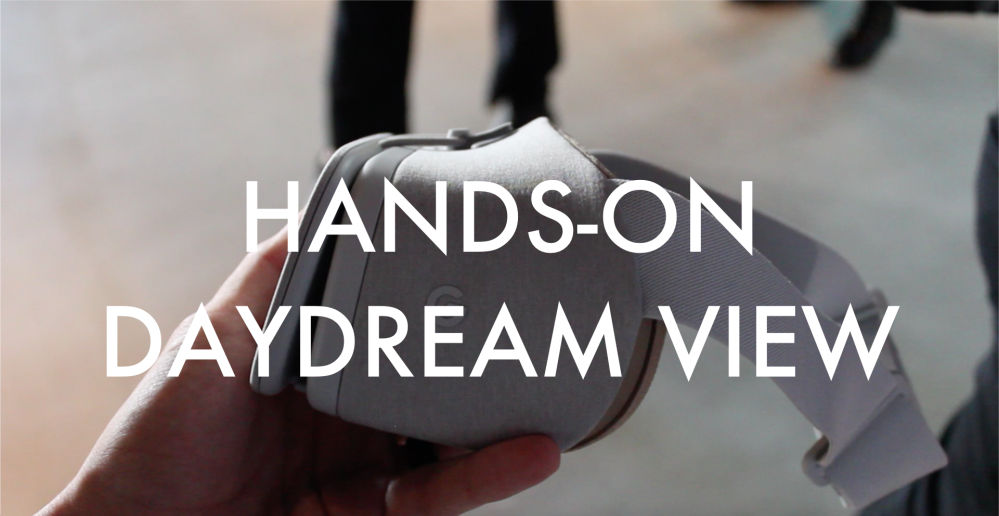 While debuting the Daydream VR platform at I/O earlier this year, Google said that it was working on its own VR headset to accompany what would be the first Daydream-ready phones. On October 4th, Google showed off both the Pixel and Pixel XL, as well as Daydream View, its promised VR hardware…

I’ll have more thoughts when our full review comes around, but I have to say that this was one of the biggest highlights of Google’s event for me. Perhaps it was because it was the only thing that didn’t entirely leak before it was announced, but I was still impressed. I think Google going with fabric for a VR headset is a great idea because, after all, it is something that you wear.

The only thing I was disappointed in was the actual video quality, which is — predictably — exactly the same as you would experience with Cardboard. This will of course get better with time as smartphone screens improve, but using the Pixel XL in a Daydream headset — in terms of resolution and viewing angle — looked not much better than using a Nexus 6P with Cardboard.

Like I said, that was predictable, but I’m excited to see where this goes. Check out our quick hands-on with the actual Daydream View hardware below: