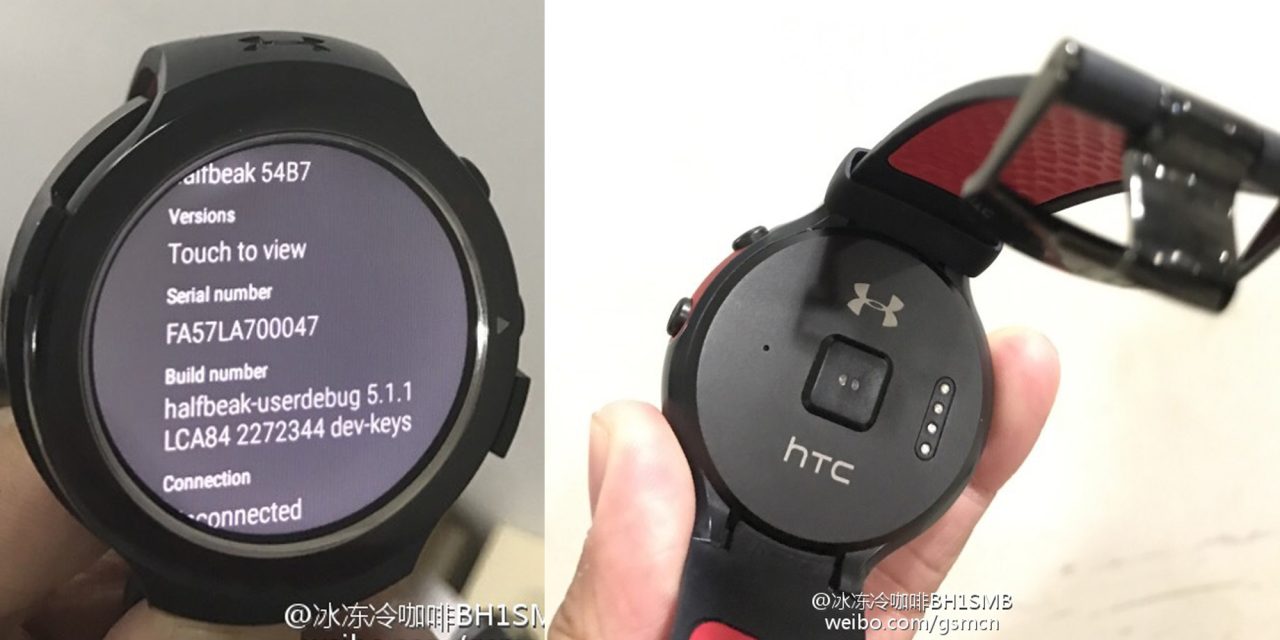 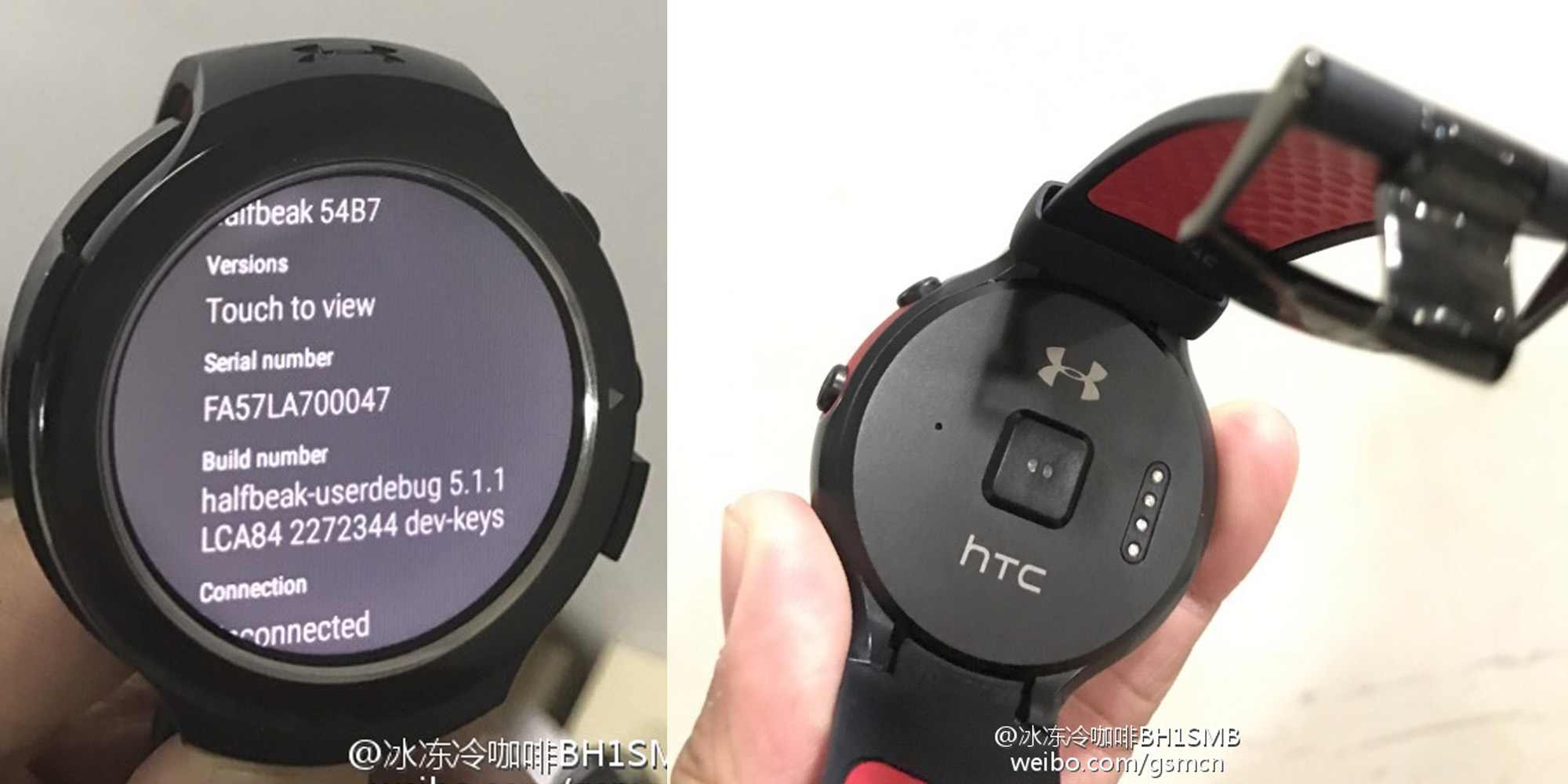 It feels as though we’ve been hearing about HTC’s “upcoming” debut Android Wear smartwatch for years now, but we’ve never actually seen a release. At one point the company teamed up with Under Armor to create a fitness tracker, but now new images are coming out of China to show us the HTC “Halfbeak” smartwatch (via TechTastic)…

The gallery below shows five shots of the wearable, revealing a round display and fitness-centric design similar to that of the Moto 360 Sport, minus the flat tire. As with the fitness tracker, this device appears to have been made in collaboration with Under Armor.

The watch appears to use a non-removable silicon band, it looks to have a matte black/red body, and there’s also a heart rate monitor on the underside of the device. It also has three buttons along the side, similar to that of the upcoming ASUS ZenWatch 3.

Another image also shows Android Wear running on the watch, but with the older version 5.1.1. It’s unclear if HTC ever intends to release this device, or if this is just a prototype of what never was.